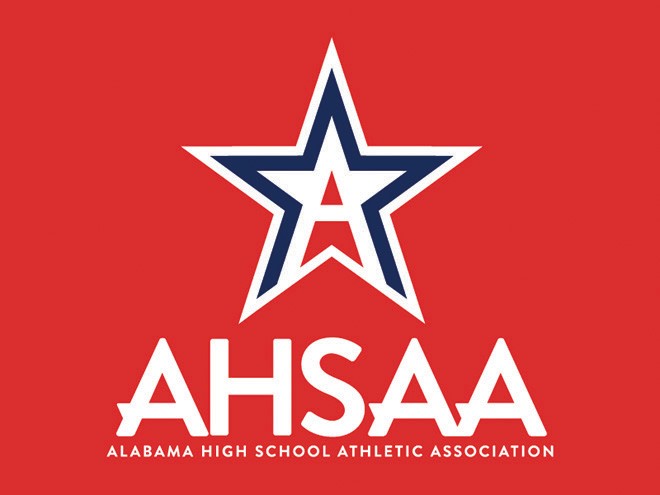 The Alabama High School Athletic Association (AHSAA) has released the new classifications and alignments for the 2018-2020 school years and the changes for Blount County schools are significant.

We’ll start with 1A Appalachian, where the Eagles will move from Region 4 to Region 5. There is really not much change here as the new region looks a lot like the old region, with one major exception. Spring Garden moves into the region with Appalachian, Donoho, Ragland, Talladega-Central, Victory Christian and Winterboro. Spring Garden replaces Wadley, which finished 13-1 after losing to Sweet Water in the 1A semifinals last week.

For Eagle fans – a win, no doubt. Saying good-bye to Wadley and hello to Spring Garden makes this a much more competitive situation for all of the other teams, including Appalachian. Don’t cry for Wadley, Eagle fans. The Bulldogs stayed in 1A but got shipped to the new Region 4. They won’t be missed.

2A Cleveland undergoes a major shakeup as the Panthers move from Region 7 to Region 6. Say good-bye to Falkville, Winston County, Tanner, Tarrant and Cold Springs – a mixed bag but no great rivalries lost among this group. Cleveland keeps West End in the new region with old friends Gaston, Ohatchee and Westbrook and to add to the new flavor (and travel budget), say hello to Ranburne and Woodland.

For Panther fans – a win. Travel to Ranburne and Woodland will be tough (as a bonus, you can almost see Six Flags from either stadium) but competition is about the same, maybe a little stronger since Tanner took a serious nosedive this year.

Southeastern’s move to 2A is cause for concern. Michael Burkett is slowly building the Mustang program but the AHSAA is not helping the situation. The Mustangs were in a tough 1A Area 7 with Addison, Sumiton Christian, Lynn, Decatur Heritage, Meek and R.A. Hubbard. Now, here comes the new 2A Region with powerful Aliceville and Sulligent to go with Cold Springs, Tarrant, Winston County and Sumiton Christian.

For Mustang fans – major cause for concern. Aliceville is always strong and Sulligent just lost in the 2A semifinals after knocking off top-ranked Fyffe. Plus, both road trips require Mapquest, a GPS and a full tank of gas and that’s just to get to the stadiums…leave a trail of breadcrumbs to get back.

Locust Fork and J.B. Pennington have been in 3A Region 6 together the last couple of years and they will now both compete in the new 3A Region 5, which looks a lot like the old region with one major change.

The Hornets and Tigers will keep Fultondale, Hanceville, Holly Pond and Vinemont but lose Susan Moore (more on them in a moment) and in comes Midfield.

For Hornet and Tiger fans – kind of more of the same, I guess. Fultondale is still Fultondale and Midfield has been average to below average the last few years but the Patriots are thought to be on the rise. On the bright side, there are plenty of good eating places in play with the fanbases traveling through Birmingham to get to Midfield. The Malfunction Junction construction is a definite negative, however.

As mentioned before, Susan Moore gets an entirely new region slate. The new 3A Region 7 actually brings back some old rivals for the Bulldogs with Brindlee Mtn., Geraldine, New Hope, Pisgah, Plainview and Sylvania now on the schedule. Plainview (9-2) and Sylvania (11-1) were particularly strong this year but will be looking to replace lots of graduated seniors.

For Bulldog fans – lots of new but it’s hard to judge from a competition standpoint. There is lots of tradition in the new region and old friends to get reacquainted with. Losing Locust Fork and J.B. Pennington as region foes means Heath Lauderdale will need to be creative with his non-region schedule. Travel isn’t much different other than what seems like a two-night trip to Pisgah looming.

4A Oneonta is still looking for new head coach but the Redskin schedule really won’t look much different in 2018. The new 4A Region 6 looks almost identical to the old 4A Region 5, except for one rather significant change.

Oneonta stays with Anniston, Ashville, Cherokee County, Hokes Bluff, Jacksonville and White Plains. The difference is Saks (which ran over the rest of the region and finished 13-1) is out and in comes Cleburne County, which finished 1-9 in Class 5A.

For Redskin fans – more of the same. Load up the SUV and get ready to continue touring East Alabama. Plus, with Cleburne County back on the schedule, Redskin fans can carve out an extra $20 in the family budget for lottery tickets just across the state line.

5A Hayden has gotten rather comfortable with Region 6 and its mix of rivalries and semi-soft touches. The new Region 7 offers a couple of familiar faces (Corner, West Point) but lots of new friends and one curious absence. Rival Mortimer Jordan has been placed in Region 5 (hello, Central-Clay and Sylacauga) and will not be a region foe for Hayden for the first time since 2005.

The new region features Dora, Hamilton and Lawrence County along with traditional Wildcat-masher Jasper (formerly Walker) and once-powerful Russellville. Now, Jasper is not what Walker used to be, at least not on the football field where the Vikings just wrapped up a 3-7 season in 6A, and Russellville was just 3-7 this season.

For Wildcat fans – from a competition standpoint, a little tougher overall but manageable. On the bright side, Russellville and Jasper feature small-college facilities and Dora should provide a little extra rivalry motivation. With the right travel agent, the trips to Hamilton and Russellville could double as Mississippi casino runs. Biloxi, anyone?

The areas (or regions or sections, depending on the sport) were also released and there are a ton of changes for our schools. We will go over these in depth later but here are the new areas.

The issue of private schools having an inherent advantage over public schools continues to be an issue and the AHSAA took another step in trying to reach a competitive balance.

Beginning next year, certain private schools will be forced to “play up” in certain sports, based on their recent track record of success. Private schools will continue to be classified based on the 1.35 multiplier – each student is actually counted as 1.35 – but new measure, called “competitive balance,” is now in play.

We don’t have private schools in our area that compete at the AHSAA level but I’ll give you an example. Sacred Heart of Anniston, the three-time defending 1A state basketball champions, will compete in 2A beginning next year.

For more information about the new classifications and alignments, go to www.ahsaa.com.