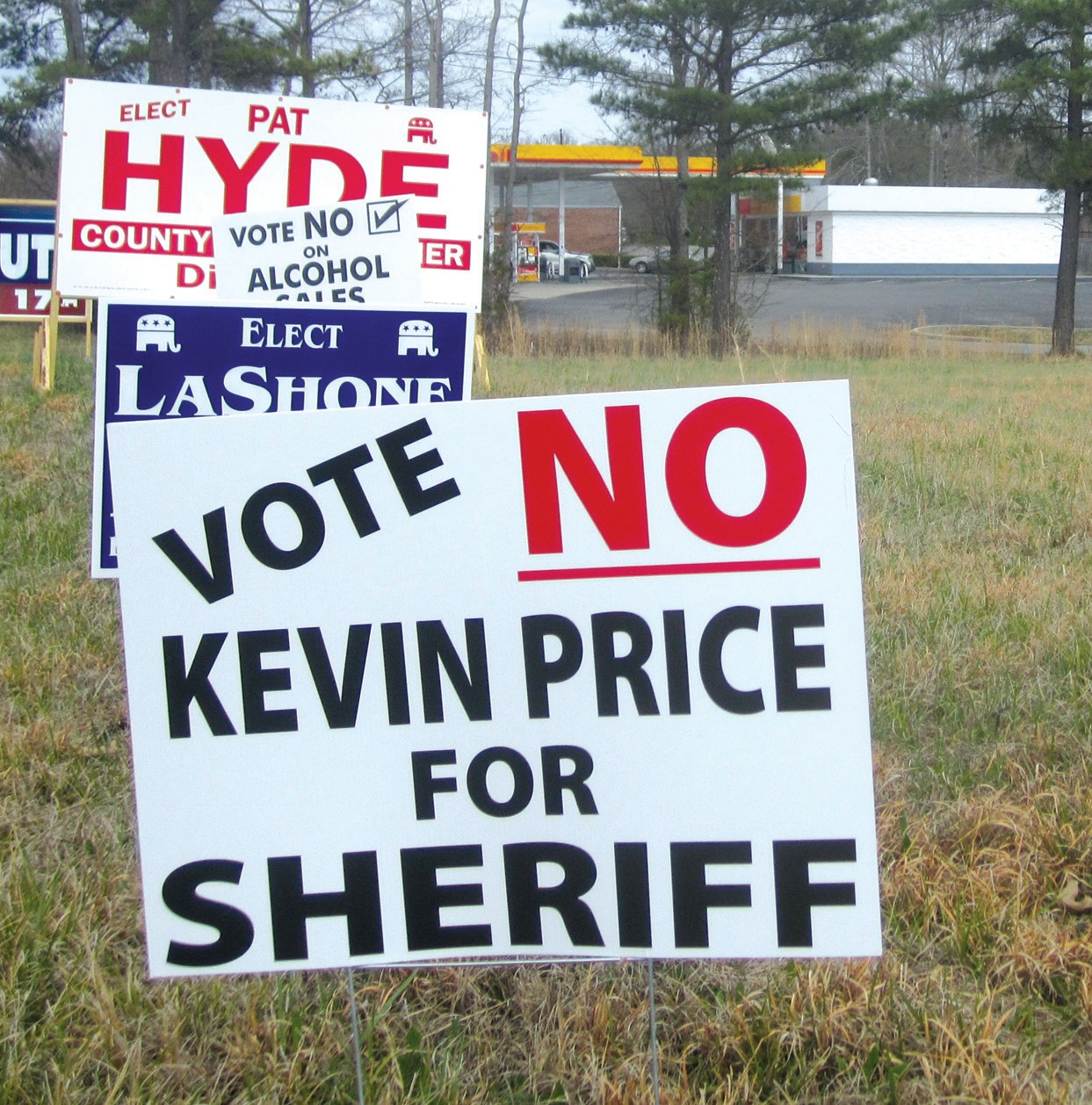 This sign, posted on Ala 75 across from Jack’s Restaurant in Oneonta, is typical of several other locations where it was posted near a Kevin Price for Sheriff campaign sign.

Political signs bearing a negative call to “Vote No” for Blount County Sheriff candidate Kevin Price were posted at several conspicuous locations in the county over the last couple of weeks. They began to disappear from those locations in the Oneonta area over the weekend, though one remained late in the day on Ala 75 across from Jack’s Restaurant in Oneonta – and perhaps elsewhere.

Contacted for comment, Price said he had been informed by an eyewitness who had seen a person known to Price placing the signs in the Locust Fork area. Price did not name either individual. He said the person posting the sign was someone he had once arrested for drunk driving, adding that he didn’t believe that person was doing it on his own initiative.

Price said he “might have an idea” about one or two other persons who might be behind the negative signs, but did not identify them. The signs are an estimated 18 inches by 24 inches in size, and appear to be professionally printed on corrugated plastic sign stock.

“Sometimes you rub people the wrong way when you’re just trying to do your job of protecting the public,” Price said. “I don’t worry about it much. I just want to do everything right on the job and in my own campaign,” he added.

Sheriff’s candidate Mike Crawford said he had assured Price that his campaign was not connected in any way with the negative signs. Incumbent Sheriff Loyd Arrington said he had talked to Price as well, providing him with information concerning a person seen posting them.

District Attorney Pamela Casey said there have been no complaints filed with her office about the signs. She issued this statement for the record: “…pursuant to the Federal Campaign Practices Act (FCPA), any printed campaign literature, political advertisement or electioneering communication must contain a clear and unmistakable identification of the entity responsible for directly paying for the advertisement or electioneering communication. A person who violates the FCPA may be charged upon the filing of a complaint. Upon conviction, the penalty for failing to comply with the advertising requirements is a fine of not more than $6,000 and/or imprisonment of not more than one year.”

The “Vote No”sign posted on Ala 75 across from Jack’s Monday contained no such identification on either side of the sign.