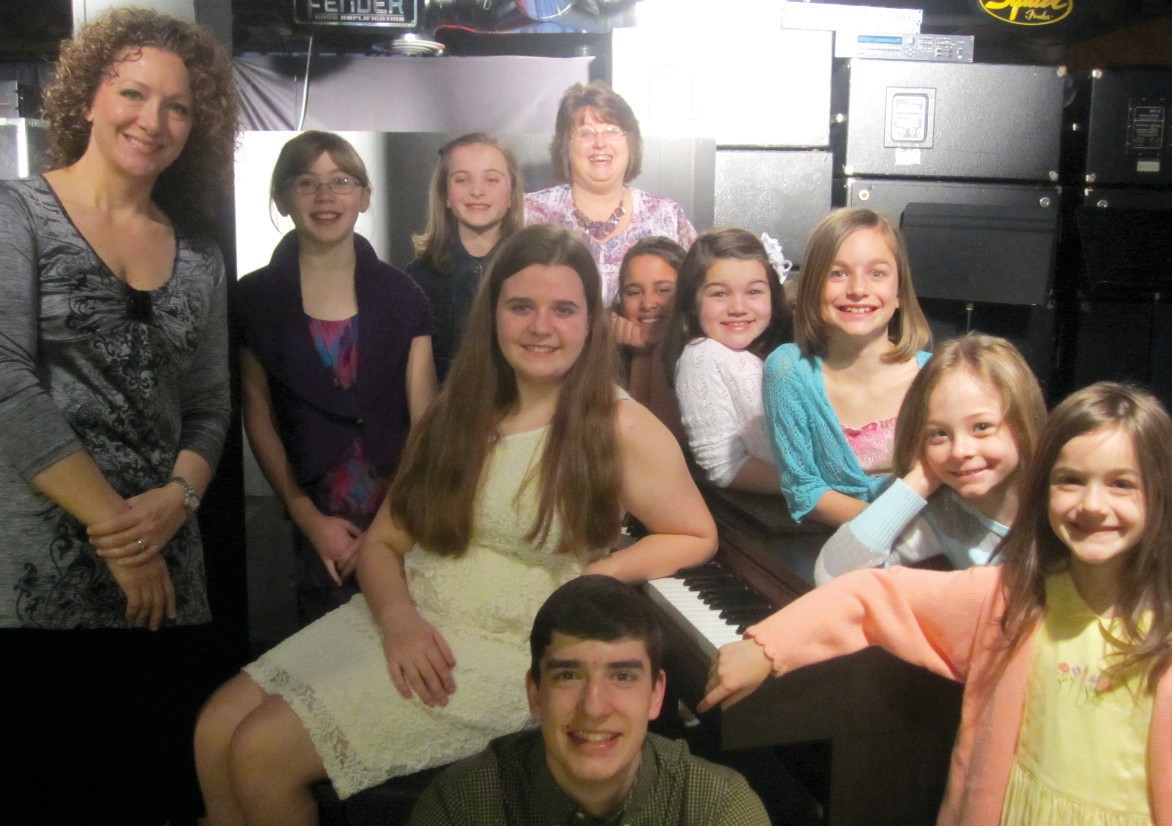 Ten piano students met Saturday morning at Neely Arts Center to participate in a mock audition to prepare for the real thing in two weeks at Snead State Community College.

To make it realistic, the mock audition was conducted first with students performing individually before “mock” judges Cherie Towns and Charlotte Langer, ( There’s nothing “mock” about their abilities as they are very good piano players and music teachers, well qualified to judge the practice event), followed by a recital for the students’ families.

“This is designed to help them know what to expect and give them a chance to fine-tune their technique a couple of weeks before they go before the real judges to be judged,” said piano instructor and Neely Arts co-owner Deborah Beason.

The real event is sponsored by the Alabama Music Teachers Association. This is the first year students from Neely have competed. Each student will play a program of three memorized pieces, selected from three different serious music style/time periods. They will be graded as “Outstanding, Excellent, Good, or Needs Work” in each of two separate areas: performance of their selected pieces, and – here’s the zinger – performance of a range of music theory requirements. That includes playing musical scales (going up the scale and back down for two octaves, both-handed) chords, inversions, and identifying intervals. For non-musicians, that’s some heavy stuff, especially for older students, who have to do a lot of it.

Students 10 years old and older who score Outstanding in both areas – no easy task – will advance to the state-level competition in May in Birmingham.

The Blount Countian interviewed two of the students – Audrey Fuller and Daniel Young – to get a sense of piano-playing from their perspective. Celebrity interview: Audrey Fuller

Audrey Fuller is a 9-year-old student at Appalachian. She is obviously a professional at an early age in dealing with the media, since her answers were so well positioned, considering the “cold” interview. Example: How is she able to muster the willingness to work so hard to prepare for this event? Answer: “My mom and Miss Anne encourage me to do my best, and I want to make them proud of me.” (Fetching smile.) OK, what, if anything do you intend to do with your music when you grow up? “Well, I play piano at my church, and I intend later on to be the main pianist there. That’s at Taits Gap Baptist. I just like the feel of the music.” Any other thoughts about this upcoming audition, Audrey? “I’m just honored to have been picked for this experience by my teachers,” she said. One other thing: these music pieces are supposed to be serious business: having fun and pleasing a large audience are not included in the selection criteria. Yet one of Audrey’s pieces – her favorite, she said – is entitled “Ladybug Boogie.” The Blount Countian asked her for a private performance. She obliged. It boogies. The audience was pleased. The Blount Countian suspects Audrey managed to game the selection system. She obviously had fun playing it. At the piano: Cool Hand Luke

Daniel Young is a 17-year-old senior home-schooler aiming for Wallace State next year, where he said he will continue his piano studies. His audition selections are heavy-duty: Bach, Chopin, and DeBussy. The Blount Countian again wanted – and got – a private performance. His Bach number sounded like a glorified, and rather difficult, finger exercise – just like it’s supposed to. How could anyone not be nervous facing a judge with this digital dexterity workout to get through? Not a problem, Daniel said. “I’ve just never been one to get nervous.” Hands don’t get cold, fingers stiff, or the opposite, sweaty and slick? “Well if they do, I just wipe’em on my pants and go on,” he drawls laconically.

So, where does he find the determination to put in the long hours of practice necessary for an Outstanding grade? Answer’s a piece of cake: “My teacher makes me.” (Sly grin.) OK, seriously now Daniel, what, if anything, do you see yourself doing with your music in later life, say beyond college? You gonna front a band, an orchestra maybe? “Probably not. Maybe play a little with friends, you know. That’s the thing about music. Like with sports, you can’t carry on to the same degree later on. But with music you can.”

To a broke-down trombone player who began singing and dance band gigs after a 40-year hiatus, that answer’s spot-on. But giving up basketball was hard.