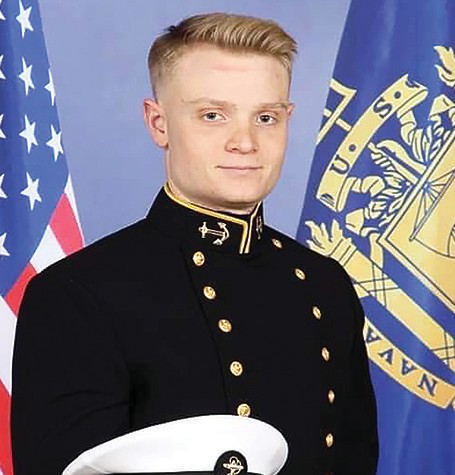 Last Friday’s shooting at the Naval Air Station in Pensacola claimed the lives of three sailors. The victims, Airman Mohammed Sameh Haitham, Airman Apprentice Cameron Scott Walters, and Ensign Joshua Kaleb Watson, were attending class when shots rang out. The heroes reportedly ran toward the gunman and possibly saved many lives by taking a direct and heroic approach.

Watson, who lived in the Enterprise area, has family connections in Blount County. Although they now reside in Enterprise, his parents, Benjamin and Sheila Watson, lived in Snead while growing up and are both graduates of Susan Moore High School.Watson’s grandparents, Steve and Linda Wilemon, still reside on Straight Mountain.

The shooting has been labeled a terrorist attack.More information about Watson’s last heroic action has been given to the family. It is apparent that Watson was not giving up and was willing to fight until the end despite his injuries.

According to an interview with Watson’s oldest brother Adam on Talk99.5 earlier this week, Watson was 23 years old and had wanted to serve his country since he was five years old. He had recently graduated from the U.S. Naval Academy and was stationed at the Pensacola Naval Station to pursue his dream of becoming a pilot.

Adam went on to say that, according to the information the family has been given, Watson was shot at least five times, yet was able to escape and flag down first responders. He was then able to give pertinent information regarding what took place and where the gunman was located. After being transported to a local hospital, sadly, the hero succumbed to his injuries.

Watson’s father Benjamin wrote in a Facebook post, “We are beyond proud of Kaleb. We have been informed that he met his attacker that morning. He ran toward the battle for the sake of his comrades and his nation. In his last acts of life, he saved others’ lives. He answered evil with courage and responsibility unarmed, but ready all the same to face it.”

Though heartbroken for their loss, the family is extremely proud of Kaleb and his brave actions. He is their hero.