Southeastern’s Christian Lemley looks to the umpire for a call on a close play at home plate during the county tournament championship. -Jeff Sargent

The Southeastern Mustangs cruised through the Blount County Tournament to bring home the school’s first county tournament championship. They beat Susan Moore 9-5 in round one, moving on to face the J.B. Pennington Tigers in round two. They shut out the Tigers, 10-0. In the championship game against the Appalachian Eagles, they came out on top, 11-1.

In the shutout against the Tigers, starting pitcher Logan Young allowed only three hits over five innings. The Mustangs scored five in the fourth off doubles by Kevin Johola and Christian Lemley and a single from Dalton Huffstutler. Southeastern tallied 12 hits in the game with Bryant Hathorn, Ashton Carndenas, Young, and Lemley all putting up multiple hits.

Dawson Blaxton was on the mound for the Tigers. He went five innings, allowing nine hits and 10 runs. Matthew Smith led the Tigers at the plate with two hits in three at bats.

Southeastern faced a hot Appalachian Eagles team in the championship game. The Eagles beat Locust Fork and Cleveland on Monday to earn their spot. 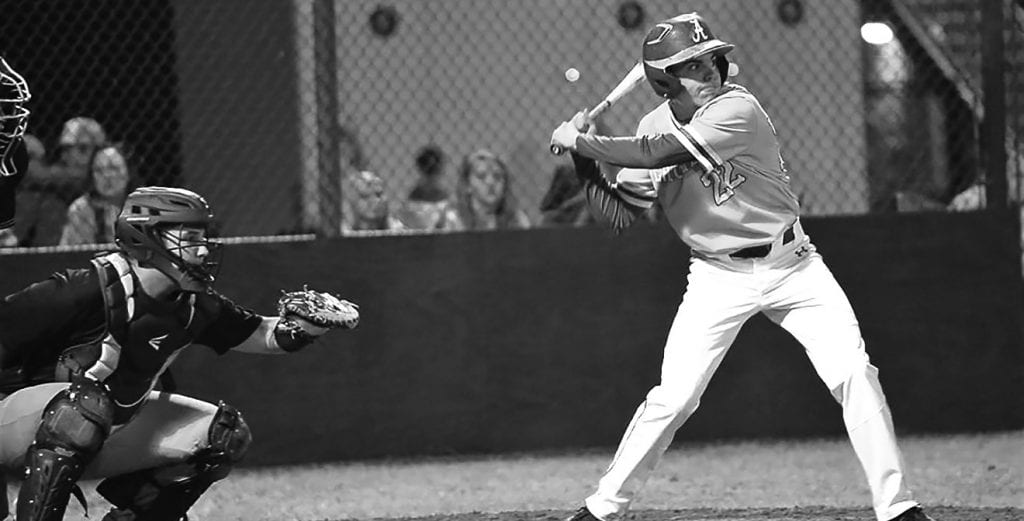 The Mustangs fired up the offense in the second inning when Trent Carpenter singled, scoring one run. They scored five more in the third. Jacob Robertson, Auston Sargent, Young, and Cardenas all drove in runs. Carpenter earned the win, allowing no hits and no runs over four innings while striking out seven. Robertson threw three innings of relief out of the bullpen. Carpenter, Juhola, and Cardenas led the Mustangs at the plate.

Dalton Lancaster started the game for the Eagles. He lasted two and two-thirds innings, allowing four hits and eight runs. Taylor Barger and Bryson Seawright pitched in relief. Chase Payne led the Eagles at the plate with two hits in three at bats.

Last Thursday, the Appalachian Eagles hosted Jefferson Christian Academy, coming away with a 16-0 win. Landon Snow drove in six runs while going 1-for-2 at the plate. Noah Harris got the win, surrendering no runs and no hits over two innings while striking out five. Logan Harvey threw one inning of relief. The Eagles had 10 hits with Ethan Silva (3-3) leading the way.

On Saturday, the Eagles faced Sand Rock and West End. They easily handled Sand Rock coming out on top 9-2. Appalachian put the game away with four runs in the fourth. Silva doubled, scoring two runs; Chase Payne grounded out, scoring one run; and Joey Williams singled, scoring one run. Payne was the winning pitcher. He lasted six innings, allowing four hits and two runs while striking out nine. Williams went 2-for-3 at the plate to lead the team.

Appalachian came up one run short against West End, losing 13-14. The Eagles scored six runs in the failed comeback. Garrett Helms drove in four of those runs on a single in the second, a double in the third, and a ground-out in the fourth. Williams started for the Eagles allowing six hits and seven runs over two innings. Snow and Max Glaze both pitched in relief.

The Cleveland Panthers took the lead late to defeat the Holly Pond Broncos 9-5 last Thursday. The game was tied at four in the bottom of the fifth when Elijah Longshore doubled, scoring one run. In the sixth, Jacob Johnson doubled, scoring another run. The Panthers racked up eight hits in the game with Longshore and Johnson leading the way with two hits each. Shaun Spencer led things off on the mound, allowing six hits and four runs over two innings.

On Saturday, the Panthers traveled to Fultondale, coming away with a 10-8 victory over the Wildcats. The Panthers racked up 12 hits with Longshore, Matt Walker, Jesus Elizarrez, Cade Wilson, and Austin Grigsby leading the way with two hits each. Grigsby got the start with Thomas and Johnson pitching in relief.

Last Tuesday, the Hayden Wildcats watched the game slip away early in a 1-13 loss to Mortimer Jordan. Cole Loftis took the loss, surrendering three runs on seven hits over four innings. Ben Abernathy led the Wildcats at the plate going 3-for-3.

On Thursday, a walk-off left the Wildcats on the wrong end of a 5-6 defeat by Mortimer Jordan. The game was tied at five in the bottom of the ninth when a single from Austin Morris scored the winning run. Hunter Higdon took the loss. He went two and a third innings, allowing one run on two hits. Abernathy started the game, allowing two hits and five runs over five and two-thirds innings. The Wildcats totaled nine hits with Higdon (4-5) leading the way.

Game two of the double-header with Mortimer Jordan wasn’t close as the Wildcats lost 1-14. Justis Churchwell took the loss, allowing nine runs on eight hits over two innings. Nick Purvis, Trenton Sawyer, and Abernathy each collected one hit to lead Hayden at the plate.

An early lead helped the Redskins defeat Guntersville 8-3 on Saturday. Oneonta scored on doubles from Beau Ragsdale and Brodie McCracken in the first, a sacrifice fly by Will Moye in the second, and a double from Luke Hodge in the fourth. Conner Faust took the win. He went four innings, allowing three runs on four hits while striking out four. Jacob Green threw three innings in relief. The Redskins racked up 11 hits with Austin Nix, Daniel McCary, Brodie Devaney, and McCracken leading the way.

The Mustangs took to the field Friday, coming away with a 7-4 win over the J.B. Pennington Tigers. The Mustangs got things started in the first inning when Trent Carpenter singled, scoring one run. They put up three runs in the fifth. B.J. Gengler, Logan Young, and Ashton Cardenas all drove in runs. Jacob Robertson was credited with the victory. He surrendered no runs and no hits over two innings. Young, Christian Lemley, and Carpenter all pitched in relief. The Mustangs had 12 hits with Kevin Juhola, Young, and Dalton Huffstutler leading the way with two hits each.