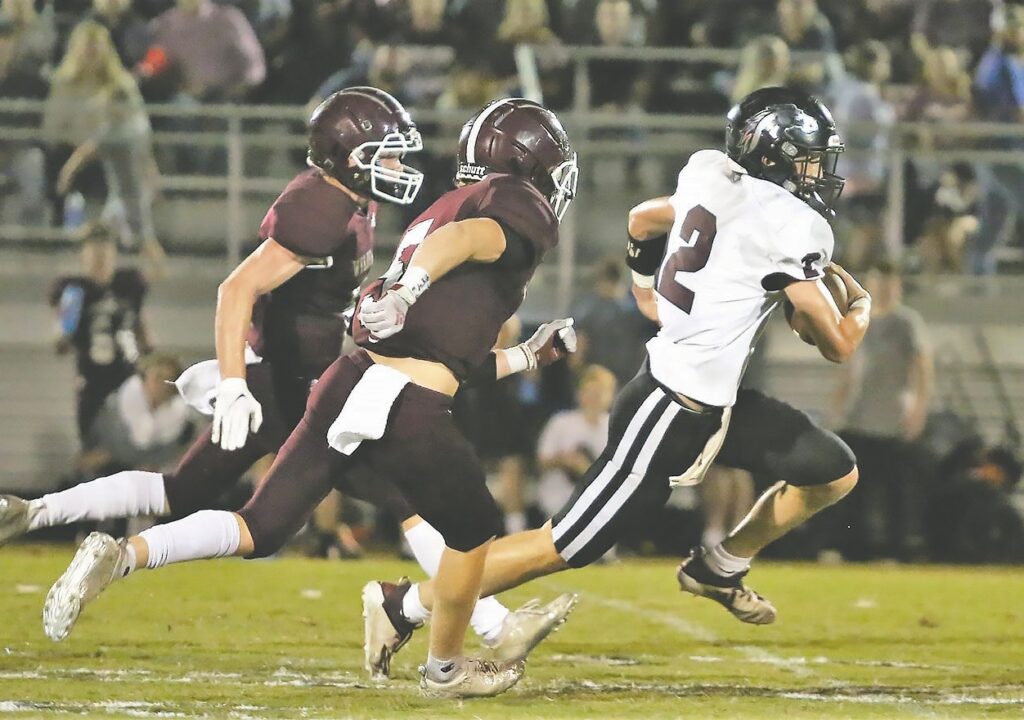 Southeastern traveled to Sand Rock Friday for a show down with the 2A seventh-ranked Wildcats. Both teams were a perfect 3-0 headed into the game and the Mustangs had no intention of going away quietly. Southeastern built a first half lead, but the Wildcats erased that deficit before halftime. Sand Rock looked to be in control, extending that lead in the final quarter. But, Southeastern added two scores late in the game to take the lead and a 32-28 victory.

The Mustang defense set the tone early. Cole Williams intercepted the Sand Rock QB and took it 70 yards for an early 6-0 lead. Before the end of the opening quarter, the Wildcats ran one in to even the score at 6-6.

In the second quarter, Southeastern struck first when Noah McCray pushed his way into the end zone from the 2-yard line. The next score came from Trent Carpenter’s 35-yard pass to Cole Williams giving the Mustangs an 18-6 advantage. Sand Rock wasn’t done, though. They scored on a short run to make it 13-18. The Wildcat defense then put Sand Rock ahead on a pick six late in the quarter. At the half, Sand Rock held a 21-18 lead. 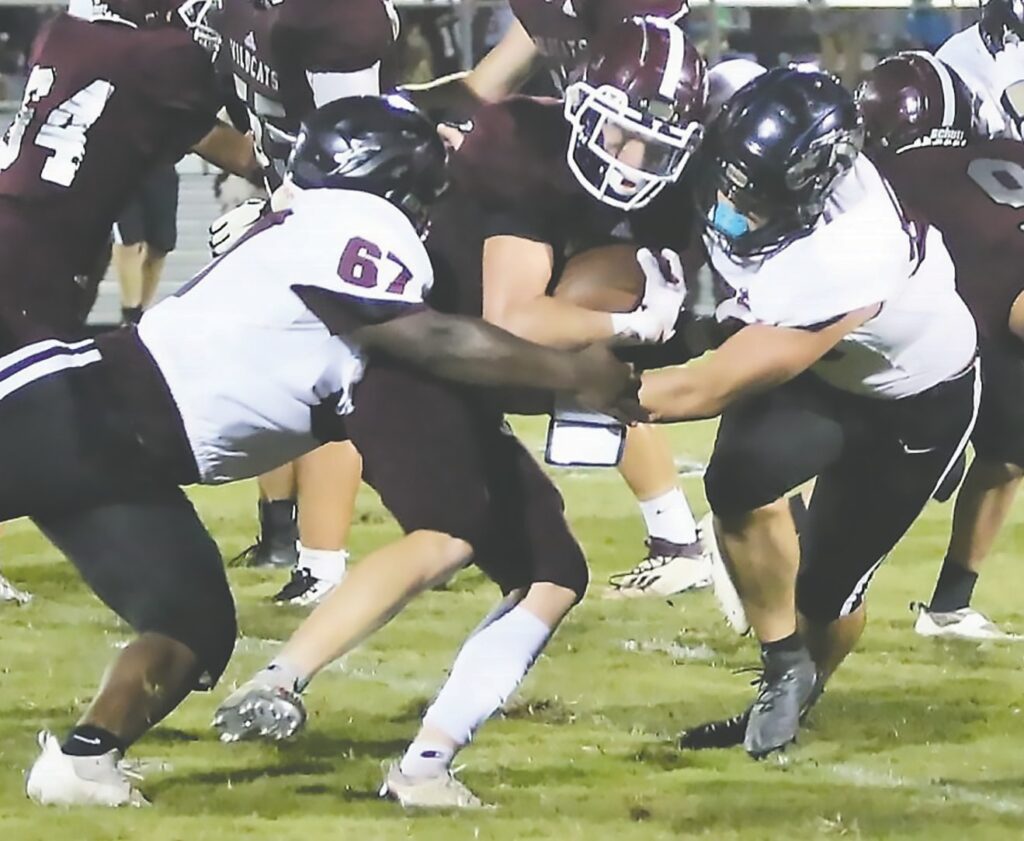 Both defenses stepped up in the third quarter with neither offense finding the end zone, but Sand Rock extended their 3-point lead to a 10-point lead in the fourth quarter. The Mustangs didn’t panic. Down 18-28, Carpenter found the end zone on a 2-yard QB keeper to make it 24-28. And before the clock hit 0:00 Ben Hall caught Carpenter’s 50-yard pass to put the Mustangs back on top 32-28. Southeastern held on to that 4-point advantage to remain undefeated and tied atop the 2A Region 6 leaderboard with county rival Cleveland.

The Mustangs racked up 355 yards of offense in the game. Carpenter accounted for 230 of those yards on 14 completions; two of those were good for touchdowns. He also threw two interceptions. The team ran for a total of 125 yards. Carpenter was the leading rusher with 111 yards on 13 carries and a touchdown. McCray finished with 23 yards on 11 carries and one touchdown. Hall hauled in six passes for 106 yards and one touchdown while Williams caught five passes for 92 yards and another touchdown. 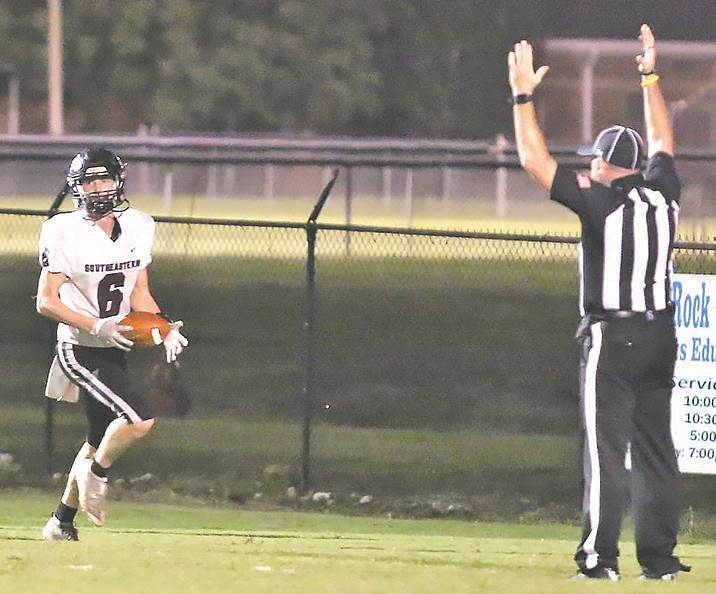 While Southeastern’s defense allowed the Wildcats to gain 296 yards, they forced one fumble as well as the interception returned for a touchdown. Carpenter’s nine tackles led the defense. Williams finished with seven plus the pick six. Auston Sargent and Jasen Cofield had six tackles apiece, with Sargent recording a sack and two tackles for a loss and Cofield recording one tackle for a loss. Micah Faulkner recovered the Wildcat fumble.

The Mustangs kept their perfect record in tact for another week. They are 4-0 overall and 3-0 in region play. This Friday, they host the 0-5 Oak Grove Tigers in a non-region contest.