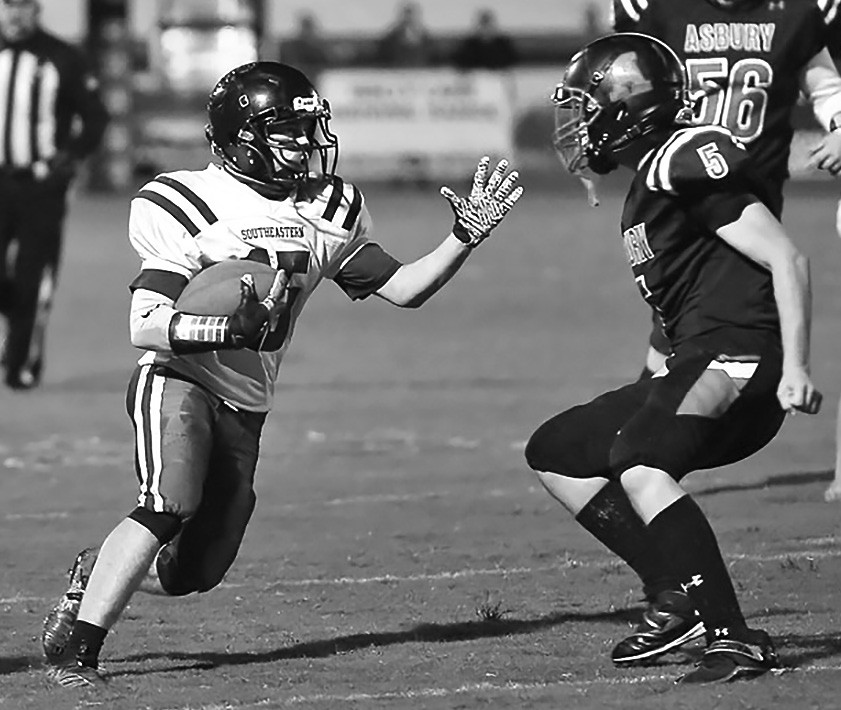 Austin McMurrey (15) makes a move on an Asbury defender. -photos by Jeff Sargent

The Southeastern Mustangs took on the Asbury Rams Friday in their final regular season game of the year winning 47-14.

The Mustangs came out strong putting up 27 points in the first quarter. Mason Golden started things off with a 48-yard punt return for a touchdown giving the Mustangs a 7-0 lead after the extra point by Rafael Nino. Joey Chafin added six more on the ground not long after boosting the Mustangs’ lead to 14-0. The Mustangs scored twice more in the first giving them a 27-0 lead at the end of the quarter.

The Rams finally got on the board in the second quarter bringing the score to 27-6. The Mustangs scored once in the second as well with Brady Leith finding Ben Hall open for a 42-yard touchdown pass giving the Mustangs a 33-6 lead at the half.

The Mustangs scored twice in the third quarter – once on a 29-yard touchdown pass from Trent Carpenter to Austin Leith, and again on the ground by Devin Humphreys – to bring the final score to 47-14 and a Mustang victory. 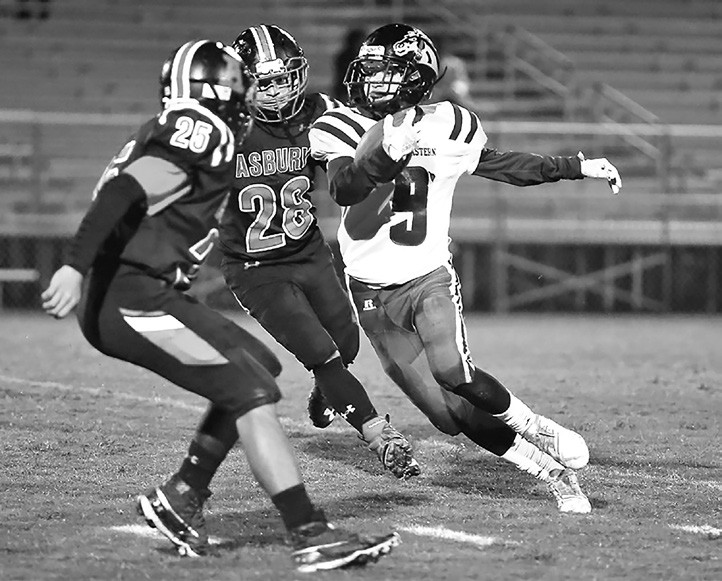 The Mustangs advance to 5-5, 3-3 on the season. This week they take on the Ohatchee Indians (9-0) in the first round of the 2A state playoffs.