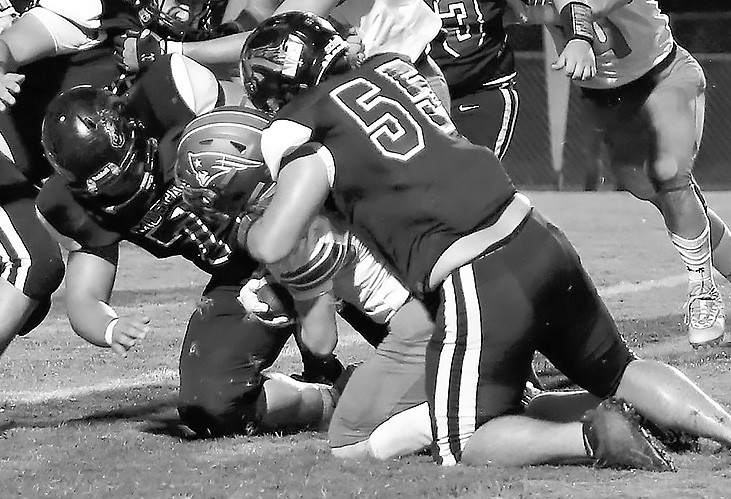 The Mustang offense racked up 451 yards behind strong performances from QB Trent Carpenter, WR Ben Hall, and RB Noah McCray. Carpenter completed 10-of-16 for 170 yards and two touchdowns, while he ran for 75 yards on 10 carries, scoring twice. Hall caught six passes for 137 yards and a touchdown. McCray finished with 105 yards on seven carries for one TD and one reception for 6 yards scoring a second TD.

Southeastern scored first when Carpenter connected with Hall for a 66-yard touchdown. Dylan Albruzzo caught Carpenter’s pass to complete the two-point play, giving the Mustangs an 8-0 lead. After the Patriots kicked a field goal, the Mustangs found the end zone again, this time on Carpenter’s 10-yard run. His pass to Ben Hall completed the two-point play. Southeastern was up 16-3 after the opening quarter. 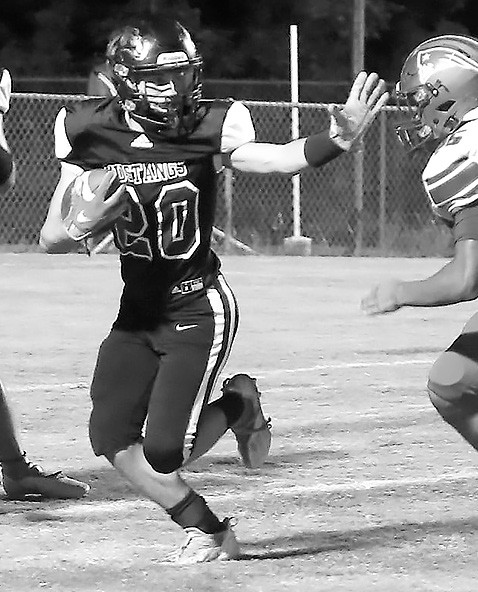 In the second quarter, McCray got in on the scoring when he ran it in from the 2-yard line. West End was able to get another field goal before halftime giving Southeastern a 22-6 lead.

The Mustangs added a couple more TDs in the third quarter. The first came on a 6-yard pass from Carpenter to McCray while Carpenter ran the other one from the 2-yard line. They failed to convert the two-point play on the first score, but kicked an extra point on the second score.

Southeastern headed into the final quarter up 35- 6. The Patriots scored the final two touchdowns of the game, but it was too little too late.

Leading the Mustang defense was McCray with nine tackles. Albruzzo finished with eight tackles while Hall had seven with one tackle for loss.

The Mustangs close out 2A Region 6 play with a trip to Spring Garden Friday. They close out the regular season with a home game against Appalachian on Oct. 29.