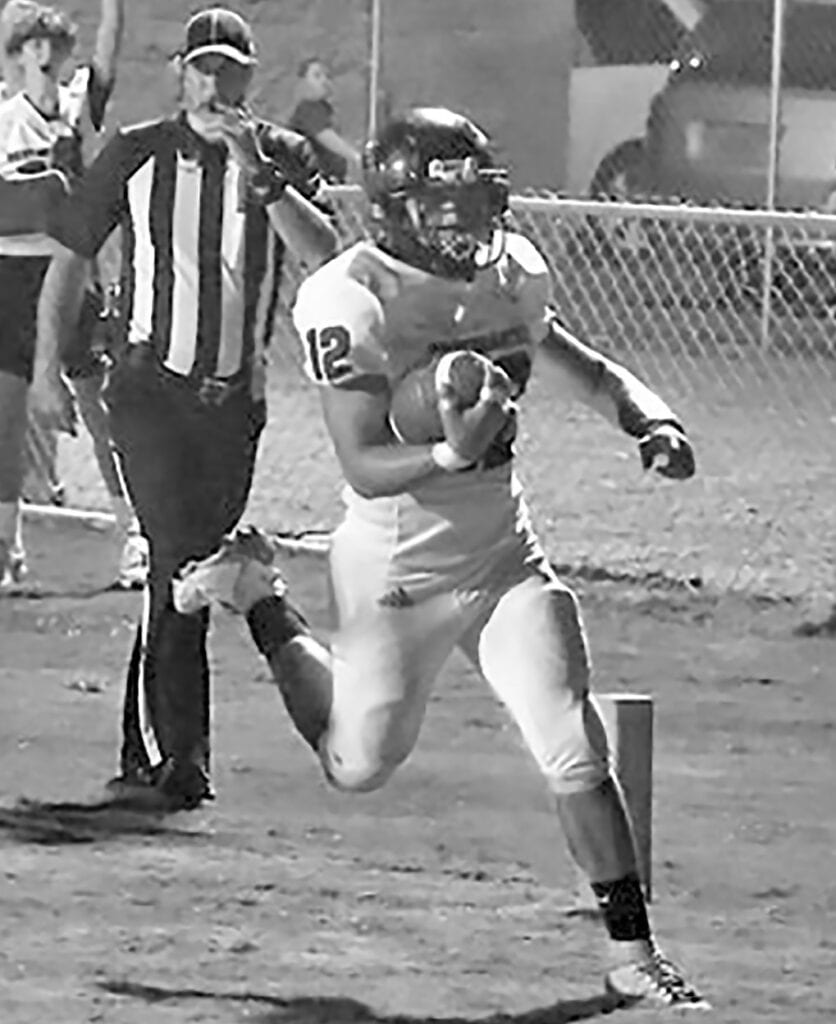 After falling behind 24-0 in the first half against Westbrook Christian, the Southeastern Mustang defense shut down the potent Warrior offense the rest of the game. But, the Mustangs’ two fourth quarter touchdowns weren’t enough as they suffered their first loss of the season, 14-24.

Offensively, the Mustangs finished the night with 219 total yards with 105 yards through the air and 114 on the ground. The defense gave up a season high 363 yards. They did, however, force two turnovers. Cole Williams recovered a fumble and Ben Hall picked off a pass.

The Warriors scored three times in the first quarter on a 36-yard pass, a 1-yard run, and a 3-yard run. They missed two extra points and failed to convert a two-point conversion for a score of 18-0. In the second, they scored their last points of the game on a 3-yard run. Another missed extra point left the score 24-0 at the break.

In the fourth, the Mustangs finally got on the board. Fernando Chavez made his way into the end zone on a 15-yard Trent Carpenter pass. An unsuccessful two-point conversion attempt kept the score 6-24. But Carpenter’s 5-yard pass found Chavez again for another Mustang TD. The Mustangs converted this two-point attempt as Carpenter made his way into the end zone. Time ran out before the Mustangs could finish off the comeback leaving them with a 10-point deficit.

Carpenter finished the night with nine completions on 21 attempts for 105 yards and two touchdowns. He also rushed for another 107 yards on 16 attempts. Jacorreon Pendleton and Micah Smith ended the night with 11 yards each on the ground. Brody Dobbins led the receivers with two catches for 56 yards. Chavez made the most of his touches, scoring on both receptions and giving him 20 yards for the game. Kevin Arzate caught two for 12 yards; Jacorreon Pendleton caught two for 10 yards; and Bleek Edward had one for 6 yards.

Rounding out the defense was Noah McCray with four tackles; Austin Arriaga and Jacorreon Pendleton with three tackles each; Kane Leggett (one tackle for a loss) and Christian Alvarado with two; and Brody Dobbins. B.J. Gengler, and Walter Readus with one.

The Mustangs are 2-1 on the season and 1-1 in Class 2A Region 6 play. Friday they are back at home where they will face the Sand Rock Wildcats in another region game. The Wildcats are also 2-1 overall and 1-1 in the region with their one loss coming against Westbrook and their win against Gaston. Kick off is at 7 p.m.