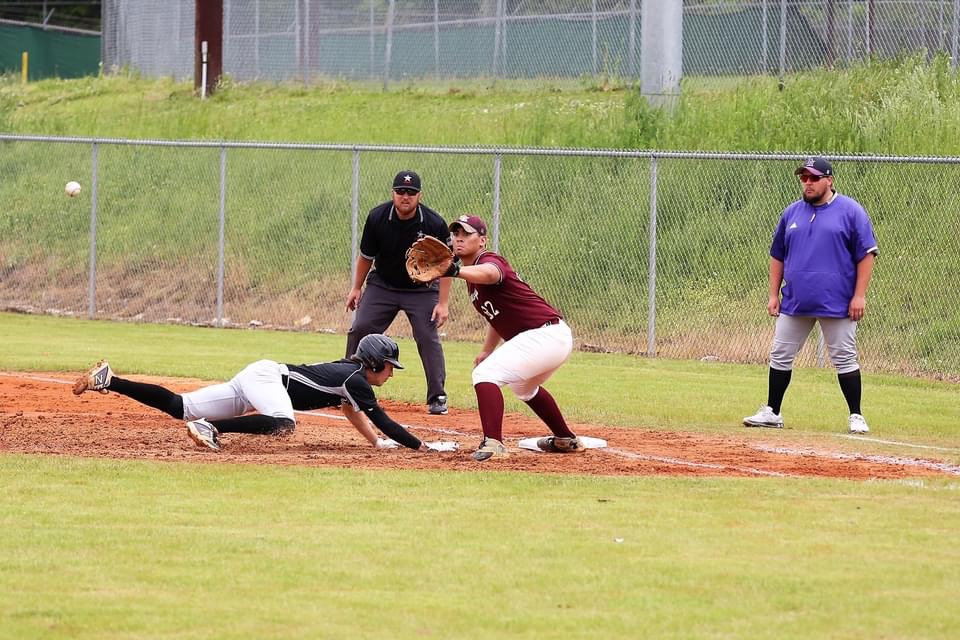 Southeastern faced 2A’s No. 3 ranked team, the Decatur Heritage Christian Academy Eagles, in the second round. After traveling in round one, they played at home Friday. In the first game, Southeastern led 4-2 after three innings, but the Eagles finished strong going on to win 12-4. Game two was tied 2-2 after three innings, but Decatur Christian scored five runs in the fifth to take the series with a 7-2 win.

Decatur Christian opened the series with one run in the first inning. Trailing 1-0 in their second at bat, Noah McCray led off with a walk and reached third on Brody Dobbins’ bunt single. With Auston Sargent at the plate, Dobbins stole second before Sargent singled on a line drive to center field driving McCray and Dobbins home. Jackson McMillian came in as a courtesy runner for Sargent and Ben Hall was hit by a pitch putting runners on first and second. Ashton Cardenas moved the runners to second and third on a sacrifice bunt. Then, Logan Young drove them in. 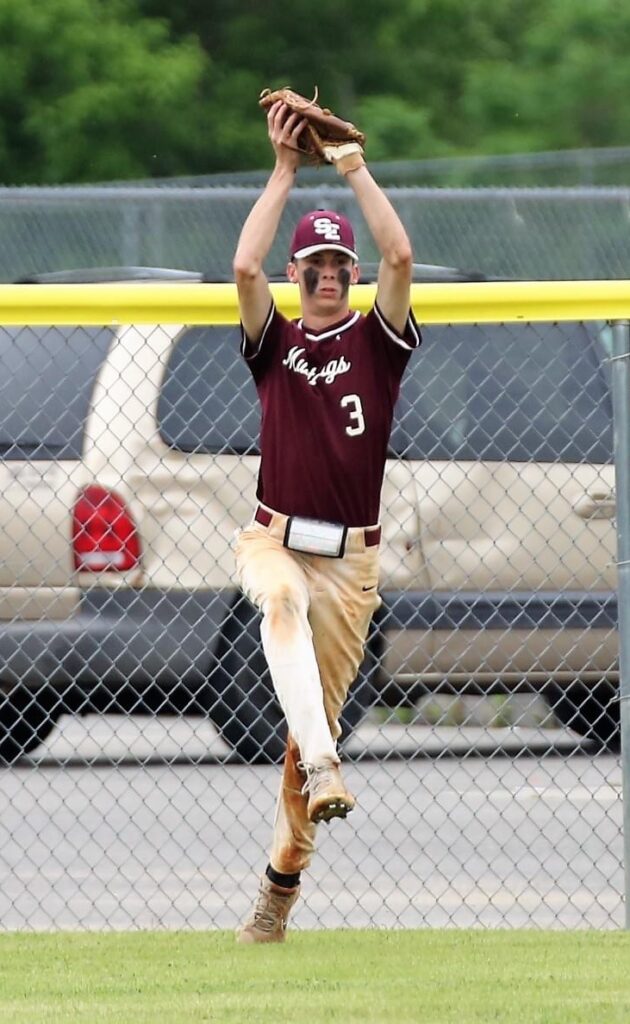 The Eagles scored one in the top of the third to cut Southeastern’s lead to 4-2. In the top of the fourth, Decatur Christian scored four more to take a 6-4 lead. The Eagles added two runs in the fifth and four in the sixth to win the first game of the series 12-4.

Young led the Mustangs at the plate driving in two runs on two hits. Sargent drove in two on one hit. Dylan Abbruzzo got a hit on a line drive to right field to lead off the bottom of the sixth while Dobbins landed on base after a successful bunt.

Trent Carpenter got the start for Southeastern. He surrendered eight runs on four hits through four and a third innings. Young, Drew Hicks, and McMillian all pitched in relief. Young allowed three runs on three hits in an inning while Hicks allowed one run on one hit in two-thirds of an inning. McMillian pitched the final inning giving up zero hits and zero runs.

In game two, Decatur Christian struck first again with one run in the bottom of the first. The Mustangs finally got on the board with two runs in the third. McCray led the inning off with a line-drive single to right field. Cardenas then doubled on another line drive to right field to get McCray to third. Young drove McCray in on a line-drive double to left field. Cardenas reached home on Kevin Juhola’s ground out.

With the game tied 2-2, the Eagles got hot in the bottom of the fifth scoring five runs to go up 7-2. In the top of the sixth with one out, Carpenter tripled on a line drive to center giving the Mustangs a chance to cut into Decatur Christian’s lead; the Mustangs left him stranded at third. They couldn’t get anything going in their final at bat giving the Eagles a 7-2 win and the series sweep.

Cardenas, Young, Carpenter, and McCray each had one hit with Cardenas and Young each recording a double and Carpenter a triple. Young and Juhola each drove in a run. Cardenas started on the mound for the Mustangs. He lasted four and a third innings allowing seven hits and seven runs. McMillian pitched the final one and two-thirds innings allowing one hit and zero runs.

Southeastern finishes the 2021 season in the second round of the state playoffs with 20 wins and 16 losses.