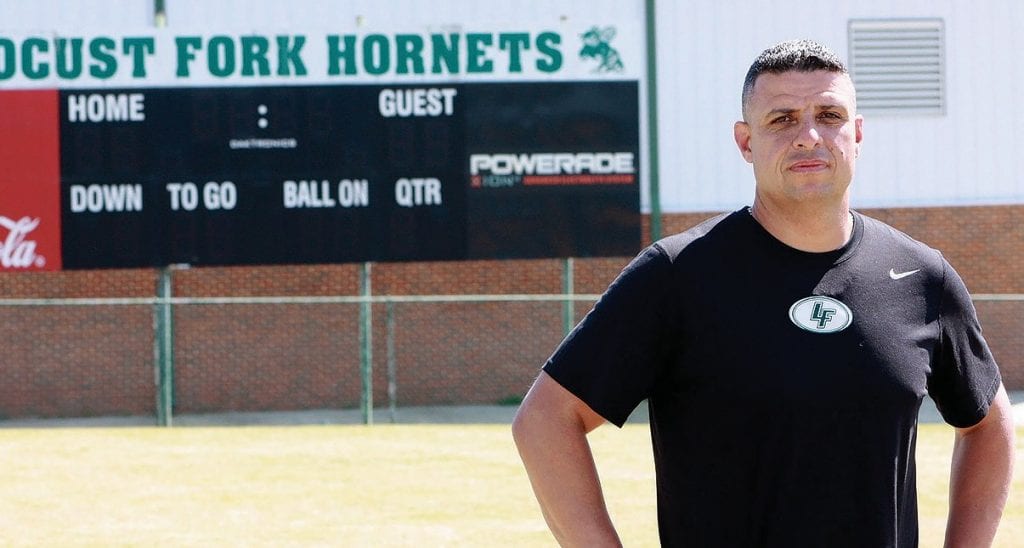 Chris Musso will be the head football coach for the AHSAA North-South All Star Football game. When asked about his selection as head coach, Musso said: “There are so many great coaches to choose from…. I’m honored and blessed God gave me this opportunity.”

Musso is beginning his sixth season as Locust Fork’s head coach, a program he has led to the state playoffs three out of the past four seasons.

Players participating in the North-South All Star game will be 2018 graduating seniors. Musso has selected the staff for the team and they are currently developing their offensive and defensive gameplans. Musso is coming into a position with high expectations, with the North team having won the game the past three years.

The team will join the coaches in Montgomery in July, practice for one week and end with the game on July 19, 7 p.m., at Montgomery’s Cramton Bowl. Live stream will be available on the NFHS Network and the game will be broadcast by AHSAA Radio Network.