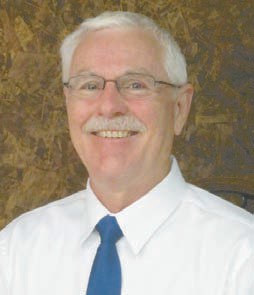 Crist Sperling of Nectar, who previously taught music and directed the band program at Locust Fork High School, has been hired by the Blount County Board of Education to teach music and develop a band program at Appalachian High School. He will teach music classes in the elementary school and high school, working toward developing a pep band, later a concert band, and – when time and resources permit – a marching band.

The position is a new one for Appalachian, which means the band director will be starting from ground zero to build the program.

Sperling has worked as a band director for 20 years in three different school systems. “There are many challenges in starting a program from scratch, but I know what needs to be done, I’ve got experience at doing it, and I’m fine with that,” he said. “Plus, I understand working in small schools,” he added.

“The great thing is that everybody at Appalachian – parents, teachers, students – seems to want a music program and they’re excited about starting one. That‘s exciting for me, and will make everything easier. I greatly appreciate this opportunity to develop an outstanding band and music program there,” he said.

Sperling said the program will begin formally in the fall semester this year. Before that, there are preliminary steps to be taken, including a general community meeting to determine what elements are of interest to parents and others, and what their priorities are. A student survey will help determine what instruments are of interest to those who want to be a part of the school’s first band.

Sperling’s vision for the music program includes developing at some later point a general fine arts survey course which would introduce basic aspects of all the fine arts to many, if not all, students: music, theater, visual arts, and dance. The formal title of that course might be Elements of Arts Literacy, according to Alabama Department of Education terminology. Sperling said he taught such a course at Locust Fork which, though required for all students at that time, proved to be a surprisingly popular class.