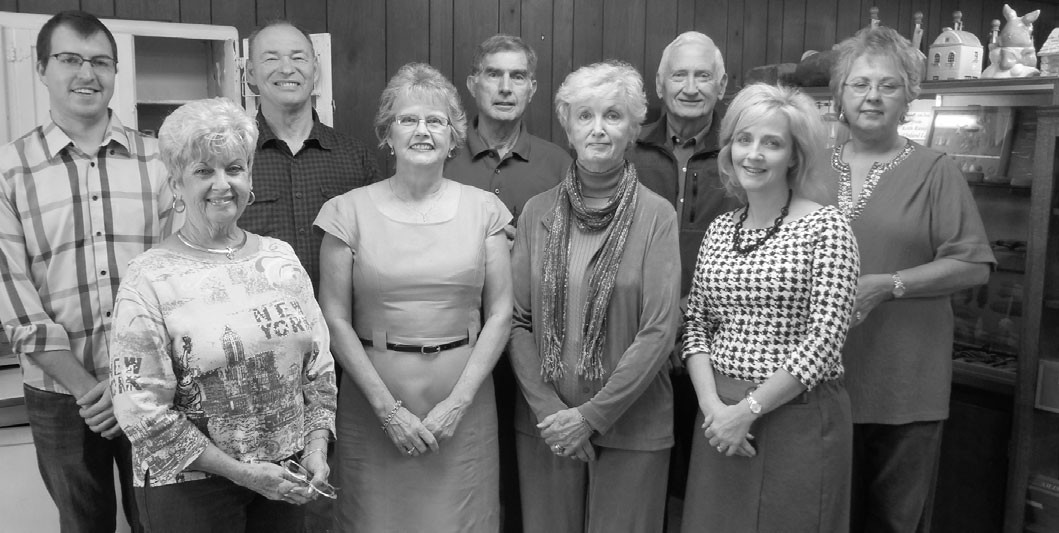 Blount County has many talented authors, photographers, and artists, and on Thursday, Nov. 20, from noon to 3 p.m., the Blount County Memorial Museum is giving residents a chance to meet some of them during an open house. Blount County Historical Society members and museum committee members will also be available for discussion during the event.

Two artists and five authors have confirmed to attend.

The original painting, which the Oneonta resident created in 1989, will be on display during the open house, and ornaments will be available for purchase.

Snead native Barbara Eller specializes in flower and scenery paintings and will have note cards of her artwork for sale during the event. Eller has been a featured artist at the Frank Green Building, the museum, and many art shows including Arts on the Rocks.

One of the five authors who will be at the event is Oneonta native William Odis Epps. Depending on his health, Epps says he hopes to attend the open house, but if he is not there, his books will be.

Epps is the author of “An Incredible Journey,” and “D-Ray,” which are stories centered on his childhood and his formative years.

He wrote the books at the request of his children and grandchildren who enjoyed his story-telling.

“They range from the days of horse and buggies to rocket times,” he says.

All proceeds Epps makes goes directly to the museum.

Oneonta author Ernie Carroll will be at the event with his book,“A Season in Baghdad: Confessions of a Combat Chaplain,” which details the Oneonta Redskins’ 2004 state championship season. While Carroll was serving in the Army, his son was playing each Friday night. Carroll says he and his fellow soldiers would gather around the radio and listen to the game.

“Prayer helped sustain me through those times,” Carroll says.“I hope this book can help people dealing with difficult circumstances and see how prayer encourages you.”

Carroll says this book is a tribute to the five soldiers he conducted memorial services for while stationed in Iraq.

The other authors wrote informative books about three different areas of Blount County.

She was assisted by Larry Brewer, Lanny R. Gamble, and Arthel Bobby Waid during the writing process.

“I grew up in Village Springs a cleancut family community where going to the nearby church was all we had,” Pate says. “ We had a fun time researching our roots and history. Village Springs has a grand back story.”

Pate’s husband, Max, also wrote his own book,“ The Moore family of Susan Moore,” which includes the history of the Robert M. Moore family, the first family to come to the Susan Moore area and one of the most prominent of the late 19th century in Blount County.

“The Moore family consisted of doctors, teachers, and farmers,” the Susan Moore native says.“The book begins from the time the area first became known as Clarence – named after Dr. D.S. Moore’s eldest son – until the times when it changed to the name Susan Moore after two sons contributed a lot of money to build a school and name it after their mother.”

Ryan Cole, of Altoona, also penned two books in honor of his hometown.“ Tales from Altoona Cemeteries,” and “100 Years of Altoona,” both focus on the history of the town.

The books include tales of Native Americans, coal miners, business owners, local politicians, and how those lives affected the state of the town.