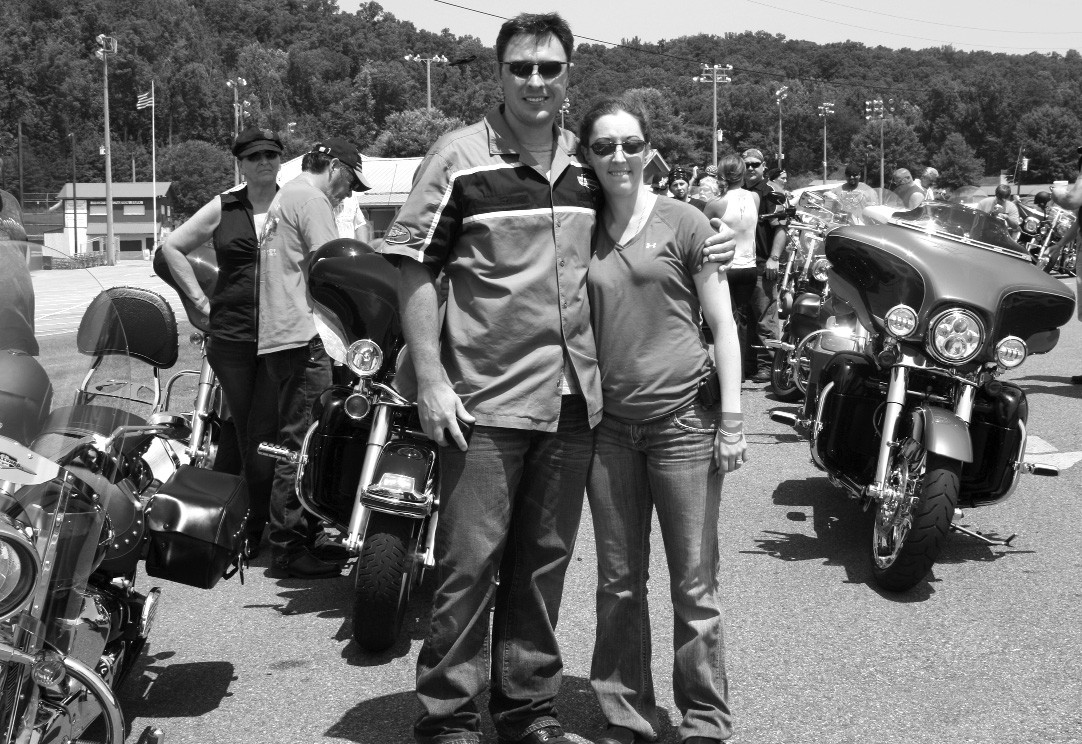 On Saturday, Charles Daniel, ABC 33/40’s morning meteorologist, missed the turn into the Jack’s restaurant in Oneonta, but last year he jumped at the opportunity to help his sister, Jennifer Thompson, who suffers from a rare form of Muscular Dystrophy.

For the second year, Daniel has continued Jennifer’s Ride: Passport for a Cure Benefitting the Muscular Dystrophy Association. This year, the motorcycle ride began at Riders Harley Davidson in Trussville and stopped at several Jack’s restaurant locations in Ashville, Oneonta, Lincoln, and Gadsden before ending the trek at Heart of Dixie Harley Davidson in Pelham.

After driving his motorcycle right by the stop at Jack’s, Daniel’s made a U-turn and around 75 motorcycles carrying an estimated 100 riders pulled into Jack’s, leaving room for few others in the crowded parking lot.

Thompson cruised in to the lot in a black sports car and said she was impressed with the rider turnout. Daniel agreed, saying the attendance was the perfect amount.

“I’m blessed to have a really cool job,” Daniel said. “If I can use it to give back, that’s I wanted to do.”

Jack’s has participated in raising money for the Muscular Dystrophy Association for 15 years. This year, they raised $119,594 for the cause.

“We decided to add to our annual fundraiser, Shamrocks Against Muscular Dystrophy, with this ride,” said Jack’s director of marketing Pam Measel.