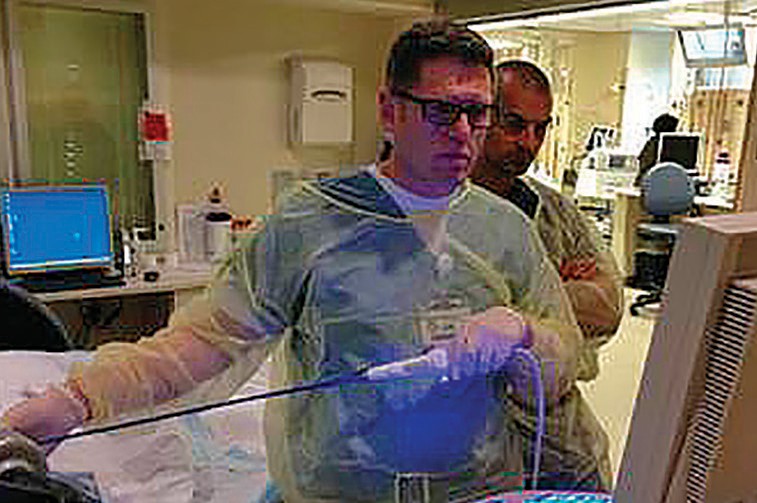 News outlets last week announced the assault-related death of UAB doctor and associate professor William Thomas O’Byrne III. The accounts reported that while vacationing in Puerto Vallarta, Mexico, he became separated from friends, who later found him seriously injured and on a ventilator at a local hospital. They arranged his return to UAB, where life-restoring efforts proved unsuccessful. He died on March 1.

The Blount County native graduated as valedictorian at Susan Moore High School in 1981. Classmate and fellow band and scholars’ bowl team member Sharon Standridge recalls him as a diligent student, nice guy, and, evidently, liked by all.

The Growl, the school yearbook, revealed “Billy,” so known to his classmates, as planning on attending Samford University and majoring in pre-medicine. Students selected the future anesthesiologist as “Most Intellectual” male in his class.

In addition to the above noted teaching and practitioner duties at UAB, the 1997 graduate of the University of South Alabama School of Medicine, also held certifications in internal medicine and surgical intensive care. Fellow vacationer, Dr. Jason Hall, an anesthesiology resident at North Carolina’s Duke University Hospital, reported O’Byrne always demonstrated the utmost respect for his colleagues and co-workers.

Quoting Hall, the al.com account added, “Like he was to so many medical students and residents before me, he was my mentor and friend. . . . He showed kindness and genuine concern for his patients above and beyond that of other physicians.

“He was loved by many wherever he went, be it UAB, New Mexico, or Vanderbilt. His passing is a terrible loss for the medical community, and he will be truly missed. His friendship and advice has comforted and motivated me throughout my medical training, and I can only hope to live up to the example he set for all physicians.”

The 54-year-old’s deceased father, retired Lt. Colonel William Thomas O’Byrne Jr., a native of Massachusetts, had been a math teacher at J. B. Pennington and later teacher and assistant principal at Oneonta High School from 1968 until his retirement there in 1976. Perhaps, his father’s years in the classroom contributed to his own success in collegiate instruction.

His mother Mildred “Millie” Hood O’Byrne, a graduate of J. B. Pennington High School, worked at Blount Memorial Hospital as a nurse anesthetist. Retired nurse Betty Baker Bradford praises Millie’s diligence and affability, “She always worked for the welfare of the patient while in her care.” The couple often hosted friends for meals or other gatherings at their country home.

His brother, James H. “Jimmy” O’Byrne, of Montana, and sister, Helen Juckins of Massachusetts, survive him.

Al.com and other accounts note that investigations into the attack on O’Byrne lie with Mexican officials.