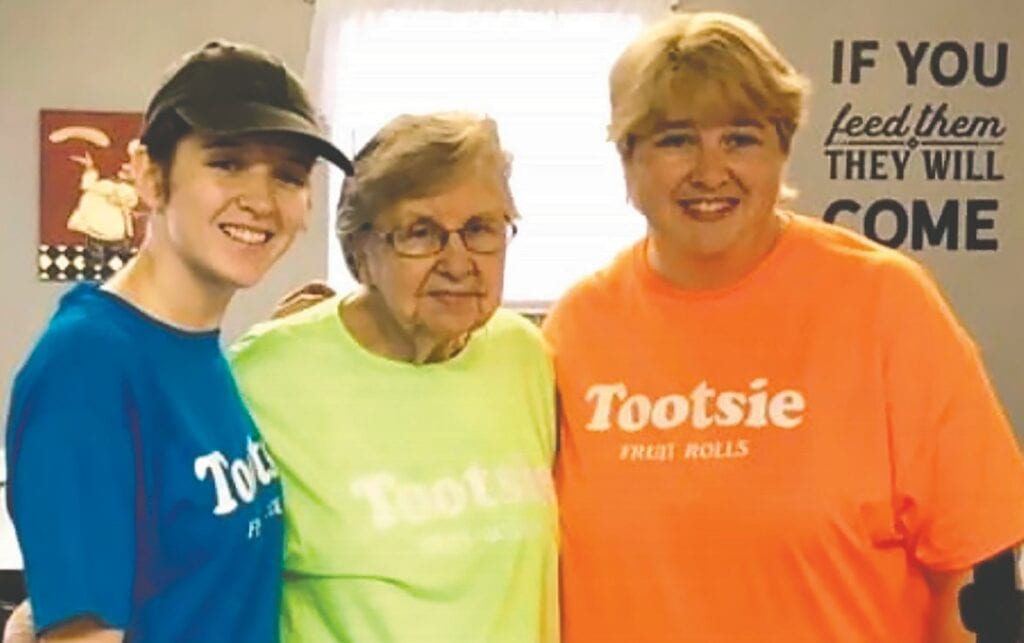 “All of life is a coming home…” Hunter Patch Adams

There are places and people in life that become ingrained upon your memory. The mere thought of them and you are immediately flooded with the familiar smells and sounds, even touches of them. They become synonymous with comfort, synonymous with home.

In a quaint building behind the only strip mall in Locust Fork sits Daisy’s, a buffet-style restaurant named after Daisy Quinn. Eating at Mrs. Daisy’s is much like sitting down at your grandmother’s table, filling your belly with comforting food and warming your heart with good company.

Daisy Lowe Quinn was born in Nyota, a small mining village in Blount County. She left school before finishing the sixth grade to help her family. Daisy was a hard worker and was dedicated to family from the start.

She met Robert Quinn from nearby Allgood through a friend and the two were married on June 7, 1957. They had four children together and settled in Locust Fork. 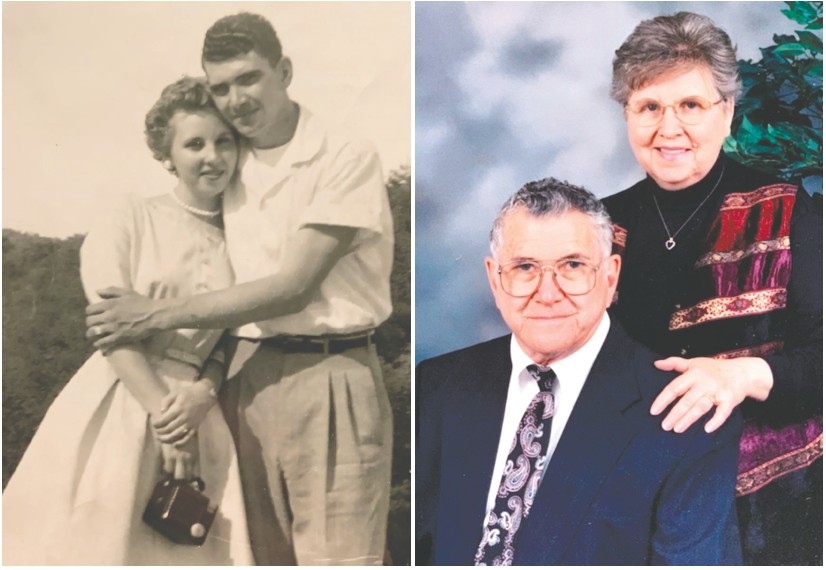 Throughout her early years, she worked various jobs and Robert welded at Fontaine. Daisy dreamed of owning her own bake shop and in 1989 she opened Daisy’s. Nearly three months later, she expanded her menu to offer a buffet to patrons, serving her delicious home-cooked meals.

Her restaurant grew quite popular, whether it was due to the allure of home cooking or the sweet disposition of she and Mr. Robert. People from all over visited weekly for their favorite dishes and good conversation. Cake pans, too many to count, hang on the walls, and the small dining areas offer an intimate atmosphere, much like being at home.

Mr. Robert was the “chief dishwasher” and “sweet tea maker.” He liked to chuckle that he “had the cleanest hands in town.” The Quinns made a great team. Daisy and daughter Marsha Hamilton kept the kitchen going and Mr. Robert kept the visitors entertained. If you were new, or he could not place your name, he would call you “Ebenezer Sneeze Wheeze.”

Mrs. Daisy would make rounds through the dining rooms, checking on her guests and tending to them like they were her own family. To Mrs. Daisy, family was most important. She spent her lifetime cultivating relationships with those she loved and in doing so her family grew, expanding to hundreds, maybe even thousands of those who passed through the door of her restaurant.

Mrs. Daisy never retired from working at her restaurant, although in recent years more duties were passed on to Marsha and granddaughter Julie; three generations all working together.

Brett King, Locust Fork attorney and graduate of Locust Fork, spoke lovingly about Mrs. Daisy, “When we try to articulate the uniqueness of places on the globe like Locust Fork, we are often left searching for the right adjectives. Perhaps if we instead looked to a person like Mrs. Daisy, and the way she spent her life, we would have better success in truly describing what makes a wide spot in the road like Locust Fork great… a place that you want to live.

“Mrs. Daisy spent more than 35 years serving her community. She was humble. She was kind. She always had a word of encouragement and seemed to be genuinely interested in how her customers were doing. She was always excited to meet someone new.

“When someone new came to Locust Fork, you always took them to Daisy’s. I dare say at least one hundred people in Oneonta (Jeremy Hyde, Hal Buckelew, Bruce Latta, etc.) could tell you what Mrs. Daisy had on her menu on Wednesdays (fried chicken, mashed potatoes, fried okra, kraut and hotdogs, banana pudding). Her impact was that widespread across our county. If you were a political figure seeking a county-wide office, you learned quickly to visit Daisy’s often.”

Regardless, if you visited for the food or the warm smile and welcome, you left satisfied, belly and heart. The love that flowed through those walls and filled the plates cannot be replicated; it was sincere, is sincere.

The year 2020 was filled with a lot of heartache in Blount County and our country. Tragically, 2020 brought about chronic health problems and Mr. Robert succumbed to his battle with COPD and congestive heart failure in late December. Leaving behind his best friend and helpmate, four children, many grandchildren and great-grandchildren, it was a loss that was felt across the community.

Shortly after his passing, Mrs. Daisy became ill with COVID-19, and after a few weeks of sickness, she left this Earth. Not a month’s time spanned between the matriarch and patriarch’s deaths. The family was left reeling and completely grief-stricken.

Daisy’s closed while the family mourned. How could Daisy’s continue without its namesake? The answer, it simply had to. Mrs. Daisy’s dream will go on through the many years spent underfoot in the kitchen and the loving lessons taught; daughter Marsha and granddaughter Julie will continue building the legacy of Mrs. Daisy.

After the brief closure, Daisy’s will reopen, missing a big part of what made Daisy’s, Daisy’s; but not void of the smiles, welcoming hellos and delicious food that reminds you of home. The reopening is scheduled for March 2.

“Locust Fork will certainly not be the same without her,” King said. “I am sure I speak for others when I say that the small business owners here in Locust Fork hope to have a fraction of the lasting impact on this community that Mrs. Daisy had. She is a great example to us all.”

You may have visited for the catfish or the hot fudge cake or maybe it was the fried chicken that brought you there. Whatever took you there, you left with more than you came with. The kindness and caring love Mr. Robert and Mrs. Daisy shared with those who stopped by seemed unending. In days like today, when life seems to speed by, Mr. and Mrs. Quinn remind us of the importance of slowing down to learn, to love, and to listen.