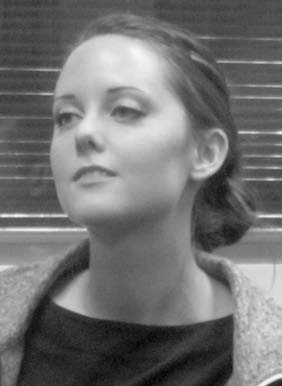 New GIS (Geographic Information System) mapper Rachel Watson of Oneonta, hired for a new position in the 911 office, was introduced at the commission work session last Thursday. The position is jointly funded by 911 and the county commission.

In its January business meeting Monday, the Blount County Commission awarded the bid for a span to replace Moss Bridge in District 4 to Contech Engineered Solutions of Birmingham for $186,650. The bridge will be replaced later this year, perhaps during the summer, following preliminary work to stabilize or replace bridge abutments.

Most of the remaining items were routine, offset somewhat by engineering updates on county road 1, other 2015 paving projects, and announcement of a modified encroachment policy affecting farm fences along county road rights-of-way.

• Paving contracts on county roads 47 and 55 are set to be let in February. County road 47 extends from Blountsville westward to the Mulberry Fork at the Cullman County line.

County road 55 extends from U.S. 231 on the northern outskirts of Blountsville northward toward Holly Springs. The Blount County portion ends at Mulbery Fork where the road enters Cullman County.

• Paving contracts on county roads 8, 26, and 29 are expected to be let in March. County road 8, Skyline Drive, extends from its intersection with Ala 160 at I-65 westward to the Jefferson County line.

County road 26, the longest county-maintained road in Blount County, extends from its junction with Al 75 on the east westward through Blountsville and continues to Mulberry Fork on the Cullman County Line at Garden City.

County road 29 extends from its intersection with U.S. 231 east of Oneonta to its junction with county road 27 near Highland Lake.

Sitton said specific start and completion dates for each of the projects have not yet been established. He added that the paving start date is normally within about two months following the date the contract is let. Paving on all projects listed is expected to be complete this year.

Sitton also reported that the state policy on fences encroaching on county road rights-of-way has been modified. Specifically it has been relaxed somewhat to allow some fences to remain on rights-of-way as long as they don’t encroach within 10 feet of the roadway. The policy could perhaps apply to other non-hazardous structures, but at some point, the definition of what would constitute a hazardous structure and what distance from the roadway could be allowed consistent with public safety would be within the county engineer’s judgment to determine.

• appointed Terry Hallmark to serve a five-year term on the board of the Pine Mountain Fire and EMS District, to expire in December, 2019.

• authorized the chairman to execute a contract with Hope House for employee drug testing.

• approved the 2015 continuation of the herbicide spraying contract with Edko, LLC.

• declared surplus and approved the transfer of a fullydepreciated Ford backhoe from District 3 to Palisades Park.

• declared surplus and approved the transfer of a fullydepreciated New Holland backhoe from District 3 to the county transfer station.

• Palisades Park: refund of $200 – award money for winning Christmas lights display, returned to the park by the winner.

• transportation department: $939 from State of Alabama reimbursement for expenses.