More than just a vote for president 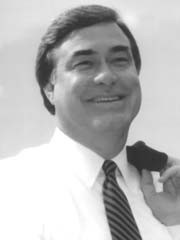 We will vote to select the 44th president Tuesday. The next president will be a New Yorker and whoever is selected will enter the Oval office with the most unfavorable poll ratings of any president in recent memory. This election will epitomize the old adage that George Wallace once told, “more folks vote against someone than for someone.”

There is no question that our country is drifting to the left in ideology. We in Alabama are conservative, pro-life, pro-gun, Christians with a desire for a strong military and sound fiscal government. All of these philosophical tenets align with the Republican Party. The Democratic Party is on the opposite side. We have two very diverse parties in America.

Another maxim that George Wallace espoused as he traversed the country running for president as a third-party candidate was that there is not a dime’s worth of difference in the national Democratic and Republican parties. He would have a hard time saying that with a straight face today. Folks, there is a vast difference.

This presidential selection is a crucial pivotal crossroads election in our nation’s future. The primary reason is because the next president’s power to appoint at least one justice to the Supreme Court and probably at least two or three more.

This Supreme Court appointment power is immense because with divided executive and legislative branches of government the influence and decisions of the Supreme Court become omnipotent.

An appointment to the Supreme Court is a lifetime appointment and most of them stay their entire life. Therefore, any of the next president’s appointments will remain on the high tribunal for decades, well past this president’s four- or eight-year reign.

The death earlier this year of Justice Antonin Scalia removed one of the most reliably Republican jurists on the court. The Republican-majority U.S. Senate has thwarted Barack Obama’s appointment of another liberal to the Supreme Court. However, there will have to be an appointment and consent by the Senate next year, regardless of whether the GOP retains control of the Senate.

The current court without Scalia is considered broadly to be made up of four liberals and four conservatives. However, one of those considered a conservative is really a moderate drifting to the left. Justice Anthony Kennedy has been a swing vote when the court had nine.

Kagan and Sotomayor were appointed by Obama. They are both young by Supreme Court standards. Sotomayor is 62 and Kagan is only 56. These two liberals will be on the court for probably two more decades.

The other two liberals will more than likely vacate the bench one way or the other during the next president’s tenure. Stephen Breyer is 78 and Ruth Bader Ginsburg is 83. She appears to be teetering and she has suggested that she would like for Hillary Clinton to be able to appoint her successor.

Anthony Kennedy, is a Californian appointed by Ronald Reagan. Kennedy is 80 years old.

It appears that Kennedy at 80, Ginsburg at 83, and possibly Breyer at 78, could vacate their seats during the next presidency. Therefore, your vote next Tuesday is not only a vote for President but also a vote that will affect the Supreme Court.

Many times we overlook the Amendments on the ballot. However, it is important to vote yes on Amendment 14. It has no opposition and is located near the end of the ballot. If it is not passed, more than 700 vital local bills impacting every county throughout the state would be affected. I urge you to vote for Amendment 14 on Nov. 8.