More than a pet 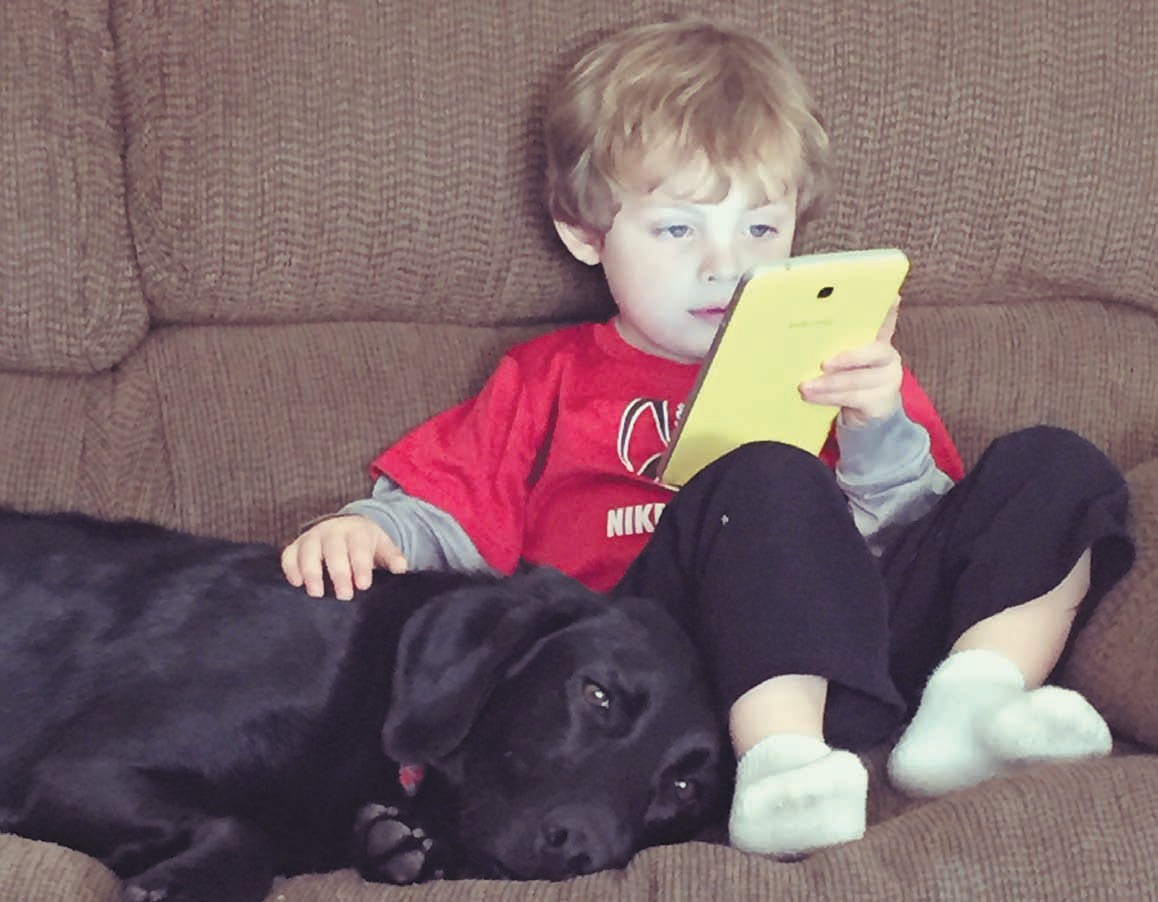 The Nicodemus family received an early Christmas present last week – an American Lab named Beau. Two-year-old Beau is a diabetic alert dog who will be a constant companion for their son Cole, 3, who was diagnosed with Type 1 diabetes last December.

The process to get Beau was a long one. For four months, Cole’s mom and dad, Beth and Kevin, along with family and friends hosted fundraisers to garner the $25,000 it would take to get a diabetic alert dog. Their goal was hit in September, and a service dog training facility in Virginia, Service Dogs by Warren Retriever (SDWR), was notified. Next, SDWR looked at the family’s information concerning their lifestyle and chose a dog that would be the best fit for Cole.

So far, Beau and Cole have been getting along quite well, Beth says. “Cole’s exact words were. ‘Beau is great!’” she says. “Beau is still getting used to Cole, but you can tell he is definitely warming up to him.”

For four days after welcoming Beau, the family participated in training so they could learn to watch for stress signs from Beau that might indicate if Cole’s glucose levels might be changing drastically.

Through his sense of smell, Beau will be able to alert Cole’s parents if those changes occur. According to Beth, Cole knows when he doesn’t feel well but hasn’t grasped that he needs to tell someone. That’s what Beau is for.

“Beau will allow us to be more at peace,” Beth says.“We are so grateful to so many who helped us with getting Beau. He’s such a blessing in our lives.”