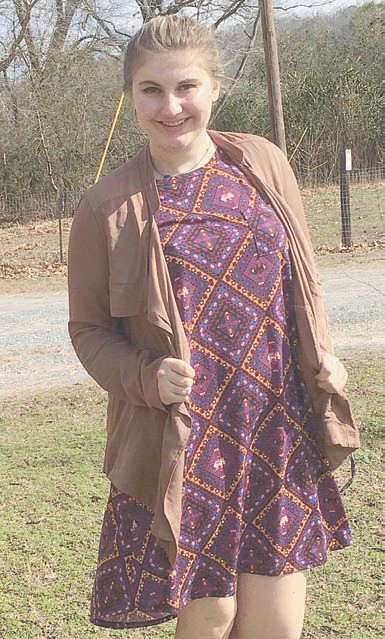 Molly Grace Register is a senior at Oneonta High School where she is a majorette and makes excellent grades. Her year started off just like any other, but things changed drastically for her the first week of September.

It was clear to her parents, Jimmy and Andrea Register, that something was wrong. Molly Grace has dysautonomia, which is a neurological disorder that controls things that most of us don’t think about such as breathing and blinking. She also has congenital defects. Register had surgery on her foot and had to have two ribs removed and vertebrae shaved down in previous years. But, Molly Grace was having small seizures, and at that time, they were undetectable.

First, they took Molly Grace to have her dysautonomia checked. It was fine. They went to her pediatrician but there were no answers. She was sent to UAB where she was diagnosed with epilepsy. She was treated with medication but to no avail. Later, she was told she didn’t have epilepsy, but the seizures continued. Also, her pupils seemed to be much larger. She went to her eye doctor who sent her to a specialist but the specialist could find nothing wrong.

By this time, Molly Grace was having up to 14 seizures a day. Some of them were what Molly Grace describes as being “absent.” Basically, she doesn’t remember the seizure, but she might find herself on the floor surrounded by broken glass. The other seizures were much worse. She would be on the floor, having trouble breathing. Andrea doesn’t let Molly use any type of glass now and she also doesn’t let her drive.

Perhaps, the hardest for Molly Grace was that she couldn’t go to school and felt very isolated. “People would come by for an hour or two, but it’s not the same as being at school,” she said.

Her mother called the Mayo Clinic in November for any appointment she could get. They finally got the good news that Molly Grace would be seen at the Mayo Clinic beginning Feb. 27 and they would be there for a 10-day period. Things were beginning to look up.

Molly Grace returned to school on Jan. 11 and needs only three credits to graduate. Her schedule was rearranged to take the three classes she needs in the morning.

Molly Grace was also able to participate in the Miss Tomahawk pageant, just like she has every year. However, it was not without worry for Molly Grace and her parents. She is still having up to four seizures a day, and it was possible she would have a seizure onstage. People were put in place to ensure her safety as she left the stage, and a friend stayed with her the entire time. Molly Grace did a beautiful job, but while she was waiting on the other girls to walk, she did have a small seizure that only her parents noticed.

Many people know Andrea Griffies Register from her store, Elegant Touch. However, she sold the store in July and everything started happening to Molly Grace in September. The Registers are a faith-based family with strong beliefs and Andrea now looks back and sees divine intervention in the timely selling of the store.

Molly Grace is the picture of courage. She has many people praying for her and she is on numerous church prayer lists. Even her animals have gotten into the act of protecting her – she often finds her dogs shielding her after she has had a seizure. The Registers are asking for healing, an answer to her problem, and a treatment plan.

In spite of everything, Molly Grace keeps an amazing attitude and looks to the future. She plans to attend Judson College in the fall and double major in equine science and biology and attend Auburn University for veterinarian school.