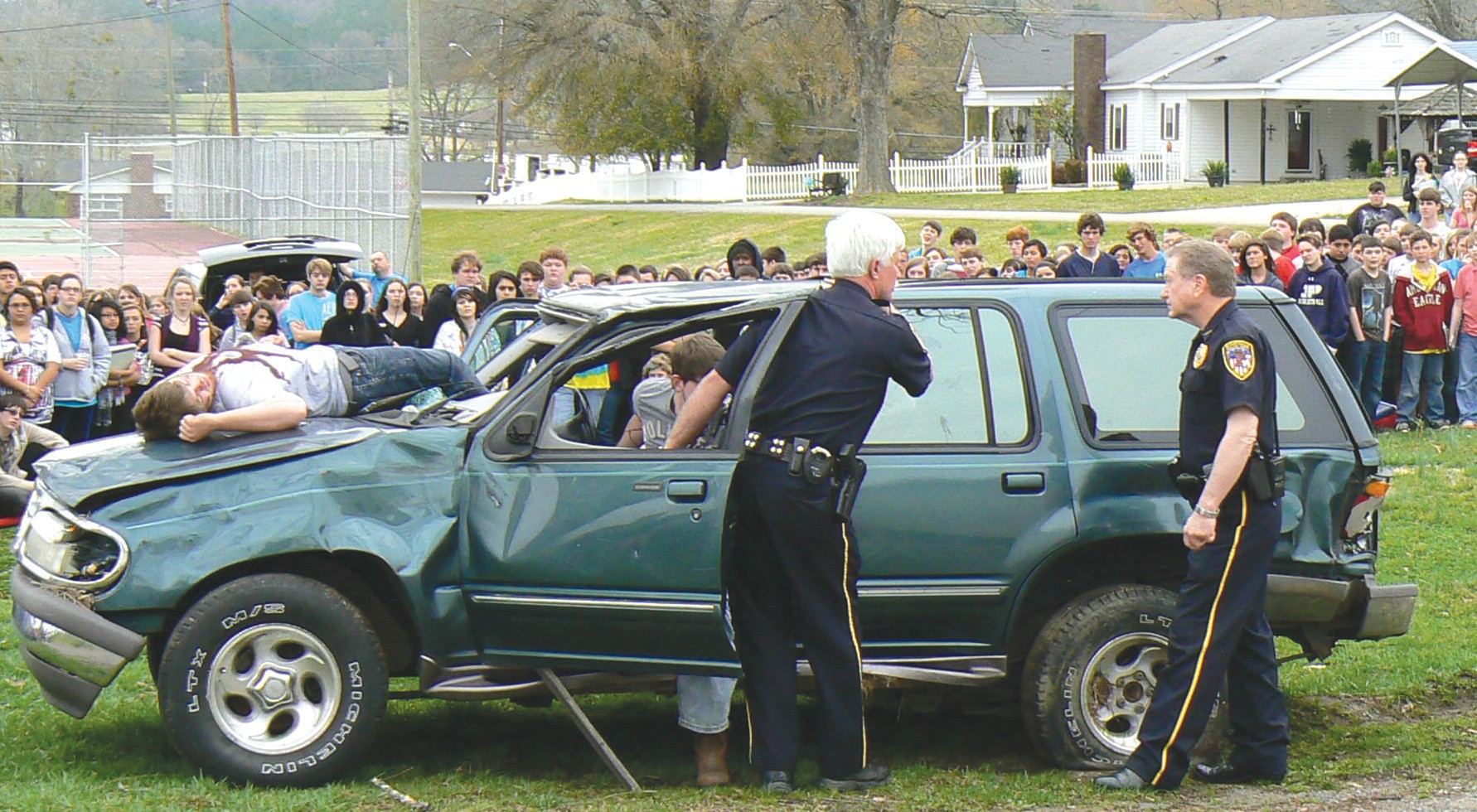 Blountsville police at the scene of the staged accident.

“This could be you. I have seen this happen.” boomed the voice of Blount County deputy Jim Kent. “If you drink or do drugs and drive, that could be you, your best friend, your brother, sister, boyfriend, or girlfriend being put in that hearse.”

Those words were heard by the student body Monay at J.B. Pennington High School after witnessing a simulated wreck in which students had been drinking and driving, and its aftermath.

The real-time drama unfolded as the smoking wreck of an SUV was unveiled. A young man covered in blood lay on the hood, a dazed drunk driver behind the wheel, and one of the girls was screaming at her unconscious friend in the back seat. 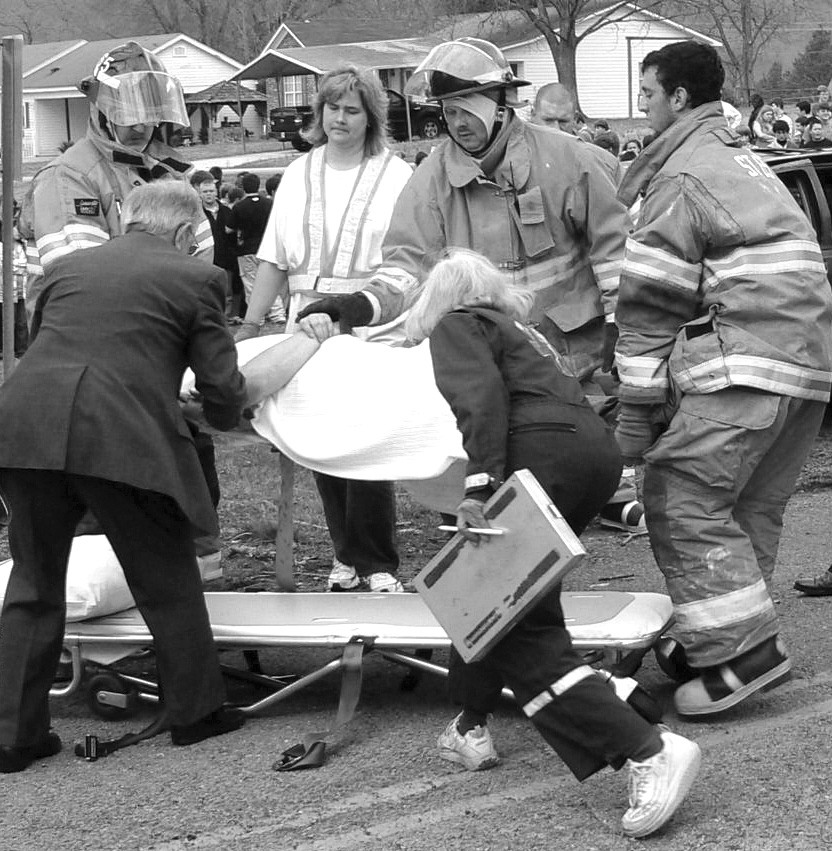 The Blountsville Police Department was first on the scene, sirens blaring. They assessed the situation, called ambulances and fire and rescue. Blountsville Fire and Rescue arrived next, followed by Blount EMS. They quickly unloaded equipment and did a preliminary exam on the victims. After they veriby fied the student thrown through the windshield was already dead, he was covered with a white sheet. The driver was unhurt and police held him as he staggered from the scene to the squad car. The girls in the back were hurt badly and neck braces were used before the doors had to be forced open to get them out of the vehicle and into ambulances. The student who was killed was loaded into the hearse and taken to Blountsville Funeral Home.

The “mock” wreck was staged to show students the effects of drinking and doing drugs and driving. “We originally meant to just show this to juniors and seniors, but I felt that this is something that the entire student body should see,” said principal Dr. Phillip Cleveland. “The wreck and the funeral Tuesday conveyed a very powerful message. We hope that it convinces students to make the commitment that they will not drink or do drugs and drive – all the time, not just for prom.”

Students at Pennington are asked to wear red tomorrow as a display of their vow to not drink and drive.