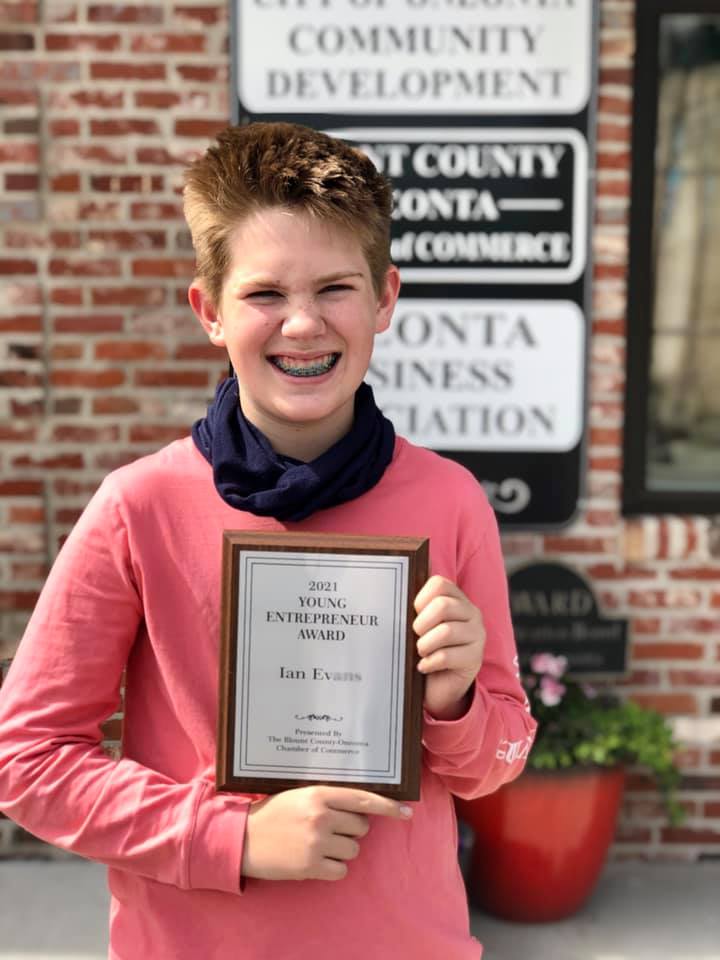 Ian Evans (right) is your typical 12-year-old boy. He loves playing flag football and basketball, he plays piano, loves the performing arts, and he loves to cook. During the quarantines of COVID, Ian thought it would be fun to “mix” the cooking with the performing to see what might happen.

Well, Mixing with Ian happened. Since last spring, he’s entertained friends, neighbors, and countless others with his own cooking show that has become a hit on Facebook, Instagram, and Tik Tok as he’s cooked everything from macaroons and bombolini to lobster and steak.

But, it was his homemade whole wheat and peanut butter dog biscuits that got the attention of people far and wide. Ian immediately had an influx of people wanting to buy his treats.

Today, Mixing with Ian has sold hundreds of those homemade dog biscuits. Starting out with a road-side stand, Ian now sells his treats in local shops as well as farmers markets and stores across north Alabama.

“My dog is a picky eater,” Ian explained. “I was just trying to make something for him. This summer I am going to start working on some new flavors.”

For his ingenuity and dedication, Ian Evans was selected as Blount County’s first Young Entrepreneur of the Year. “Ian deserves recognition. He is a great example for others in Blount County,” Blount-Oneonta Chamber director Barbara Andersen said.

The return of school and other activities hasn’t slowed down business or his cooking adventures. Coming from a family who loves to cook, Ian has continued to whip up some pretty amazing dishes. His mom, Carrie Towns, does the recording while Ian narrates and creates. You can find his show @mixingwithian on Instagram.

For now, Ian will keep the recipes cooking and continue to film his shows. When he does finish high school, Ian has his sights set on attending culinary school to become a chef. Who knows, we may have the next Food Network star right here in Blount County.