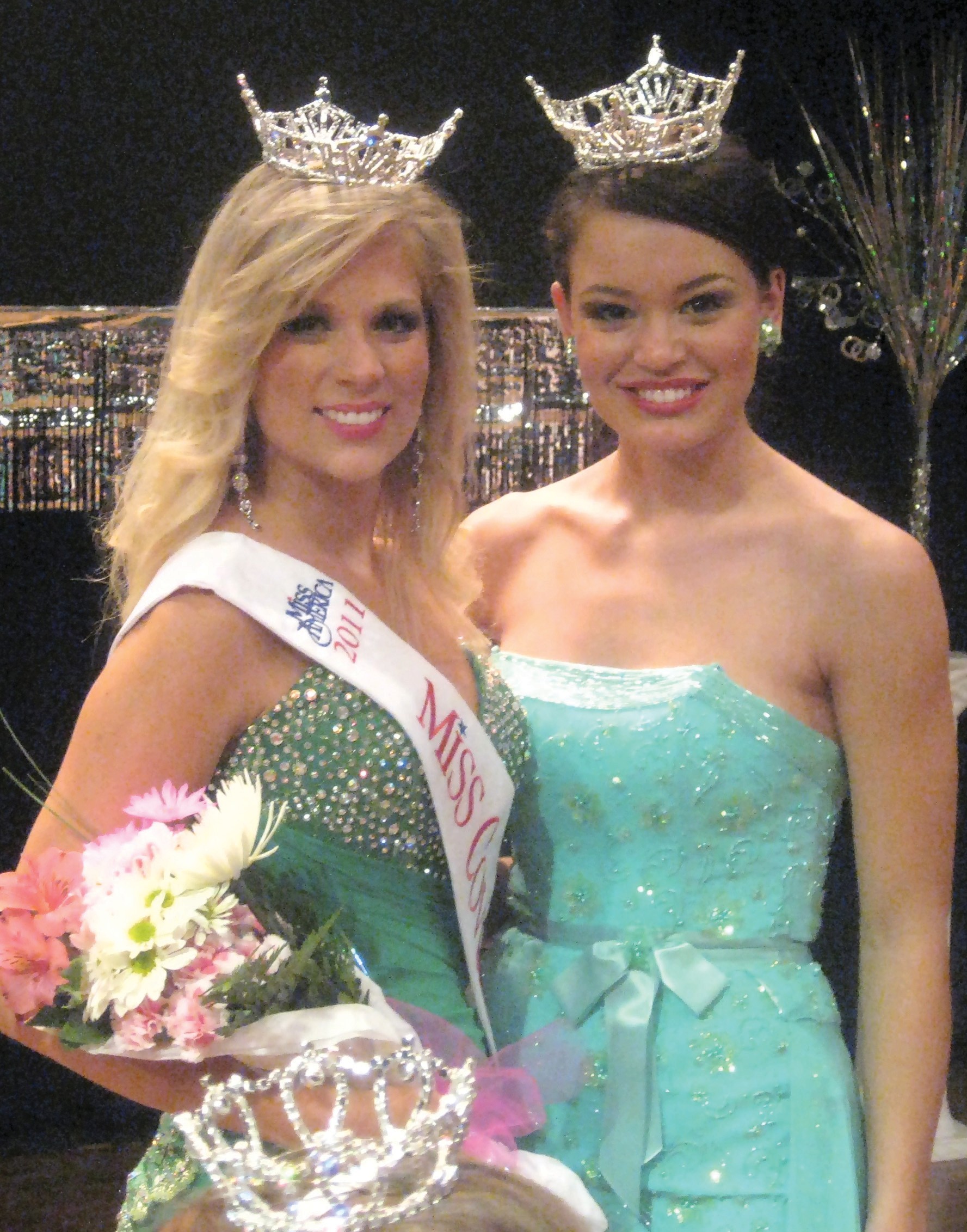 Meghan Muncher (left), shown with Miss Alabama Ashley Davis, was crowned 2010 Miss Covered Bridge Sunday night, winning the title in a field of 20 contestants. She won the crown with a strong ballet en pointe performance to “The Medallion Calls” and an impressive platform called “My Arts Kids,” a program to provide fine arts education to elementary school students who, because of public school budget cutbacks, don’t have access to fine arts programs. The program, incorporating music, dance, visual arts, broadway musicals, and drama, is financed through Muncher’s personal fundraising and pursuit of grants from both private sources and public educational agencies. Muncher, 21, of Jasper, is a senior majoring in dance at The University of Alabama. She was Miss Jefferson County of 2009, and will participate in the Miss Alabama Pageant for the fourth time in June of next year. She is the fifth Miss Covered Bridge, since the local pageant’s birth as an official Miss Alabama Preliminary. The pageant, directed by Jayne Posey of Oneonta, was recognized as the outstanding preliminary pageant for 2010. Muncher will make her first public appearance as Miss Covered Bridge during Covered Bridge Festival ceremonies in downtown Oneonta Saturday morning. – Ron Gholson