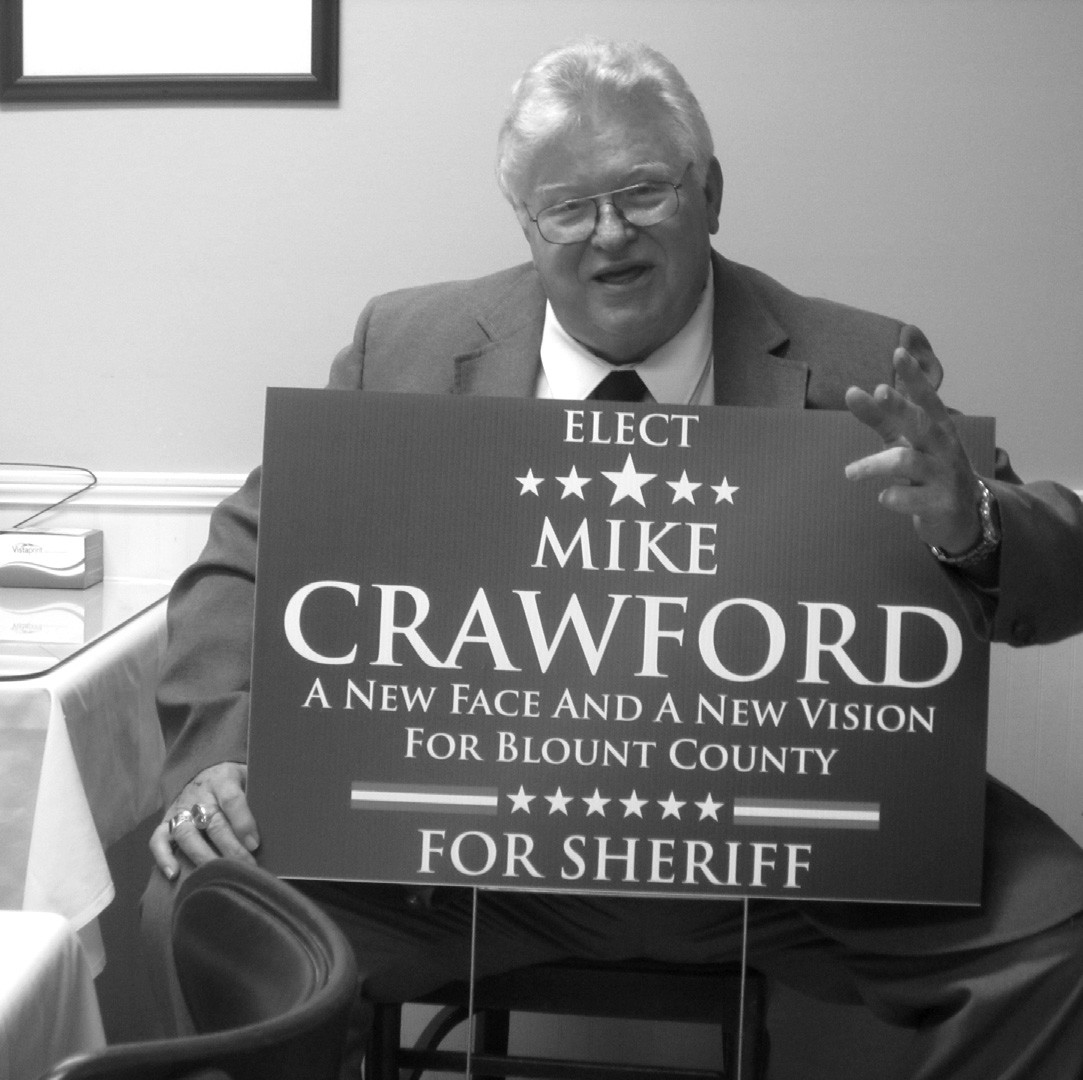 The first hat in the ring for the 2014 county elections comes from Mike ‘Cookie’ Crawford, candidate for sheriff. Crawford held his early-season announcement party at a luncheon meeting for supporters at Charlie B’s Nov. 1. ‘The main thing I want to do as sheriff is to increase the professionalism and accessibility to the people of the Sheriff’s Department. I’m also concerned that there’s not enough law enforcement coverage in West Blount west of I-65. As sheriff, I will address that.’ Crawford said his major focus would be on achieving accreditation for the department by CALEA, the Committee on Accreditation for Law Enforcement Agencies. Crawford is a former officer with the Birmingham Police Department. Crawford said he was recognized as Officer of the Year for Alabama in 1987-88 and has lived in Oneonta since 1997. Crawford and other candidates for Blount County public office will be profiled in detail following the qualification deadline of April 4 for the 2014 primary election on June 3. – Ron Gholson