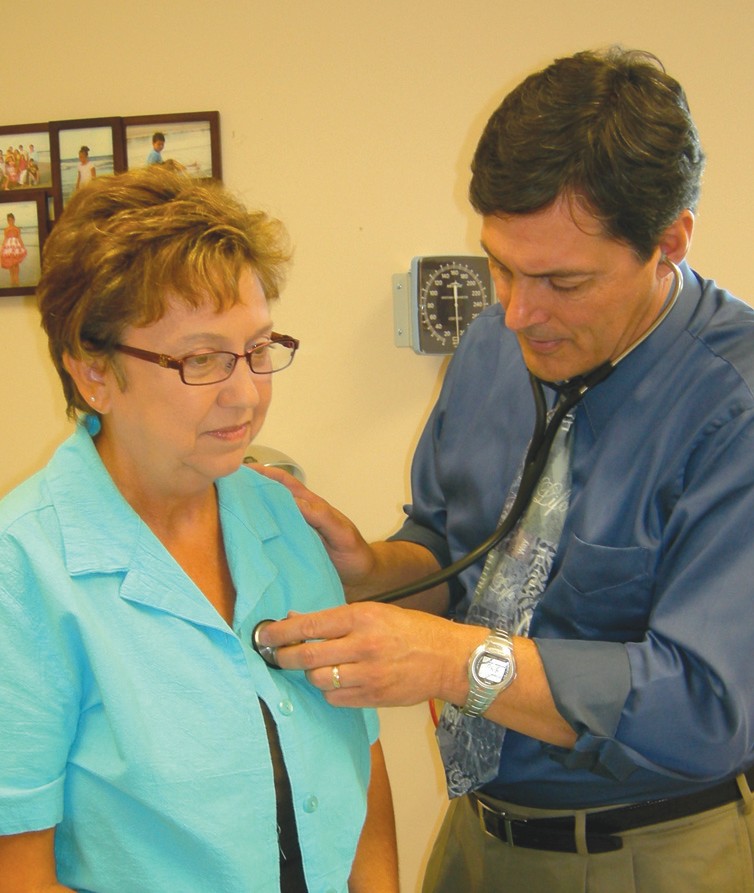 Like most kids, Don Heinkel wanted to be a professional athlete – a professional baseball player. He spent afternoons and nights watching baseball with his dad and two older brothers, and dreamed that one day he would be the one on the pitcher’s mound.


He also had another dream – to become a doctor. When not watching baseball, he was watching old Marcus Welby, MD shows.

Heinkel, a pitcher at Wichita State University from 1979 to 1982, is the winningest pitcher in NCAA Division I history with 51 victories. And as a freshman, he threw a seven-inning no-hitter against Illinois.

“What’s funny about that no hitter is that I pitched terrible,” he said. “But I survived it.”

During his college career he recorded eight shutouts and 354 strikeouts with a 2.62 ERA in 467 innings.

“I was drafted by the Kansas City Royals out of high school, but I wanted to go to Wichita State to get my education and play baseball, too,” he said. “They were really just starting the baseball program, but it was really a good program with some really amazing coaches.

“By my senior year, we came in sec- ond at the College World Series. It was something that it only took the program five years to make it that far.”

But what he remembers most of his time playing at Wichita State is the relationships he built.

“The relationships I had with the players and coaches was really special,” he said. “There’s a lot more camaraderie at the college level than at the professional level. We always had fun playing even while working hard.

“On the field, my fondest memory is the game I pitched when we won the regionals to get to the College World Series. It’s the game I got the record on, but what made it special was that my brothers flew my dad down to watch it.”

Upon graduation from Wichita State, Heinkel signed a professional baseball contract with the Detroit Tigers.

“I was probably twice as good as I was coming out of high school, but I was drafted twice as low,” he said. “We were finishing up at the College World Series when the draft happened. I found out two days after the draft that I had actually been drafted. It was a rough couple of days. We had lost the World Series and I didn’t think I had gotten drafted.

“But I had already been accepted to medical school so I had already made up my mind that I would be headed there. When I found out about the Tigers though, I knew I had to try.”

Heinkel bounced around from Bristol to Lakeland to Birmingham in the minor leagues. It was time in Birmingham that his life took a new direction.

“In 1982, I rededicated my life to the Lord,” he said. “Me and my roommate got together, said a little prayer and started looking through the yellow pages to find a church. We found a church and we both ended up marrying the pastor’s daughters. There was definitely some divine intervention there.”

After an arm injury and subsequent surgery, Heinkel found himself in the Padres organization, and finally in St. Paul, Minn., where he finished his professional career in an independent league.

“We won the championship that year,” he said. “It was a fun way to end.”

But for Heinkel, it was only the beginning of the next chapter in his life. After encouragement from his wife, Angela, he decided to give medicine another shot.

He took a few refresher courses from UAB and retook his MCAT. Finally. he was accepted into medical school at the University of South Alabama.

“The professors really did so much to help with the individual stuff I needed my freshman year,” he said. “Especially after I was diagnosed with cancer.”

What the doctors initially thought to be lymphoma turned out to be fibrosarcoma, a very rare cancer, which Heinkel said is often hard to diagnose.

“The doctors did a great job,” he said. “They thought I would need years of chemo and possibly radiation, but after the second surgery it was completely gone. I never had to have one treatment. I’ve been cancer free for 14 years now.”

That was 1995, and he and Angela already had seven children, which Heinkel says was a miracle in itself.

“Medically we weren’t supposed to be able to have any. But the Lord had different plans and we started having them. We decided we would take as many as He’ll give us. Now we have 11.”

Now Heinkel and his wife and 11 children are living in the Roebuck area so they can help care for Angela’s mother. This move from Athens to Roebuck is what led Heinkel to St. Vincent’s Blount.

Heinkel has been on the medical staff of St. Vincent’s Blount since October of 2008.

“It has been such a wonderful experience,” he said. “We fell in love with the overall feel of the community. The people are wonderful and it just felt like a good fit.

“I’ve kind of looked at medicine as my ministry. You sometimes lose track of that because it is a business, too. But it is my calling.”