MCoal prepares for next mining stage 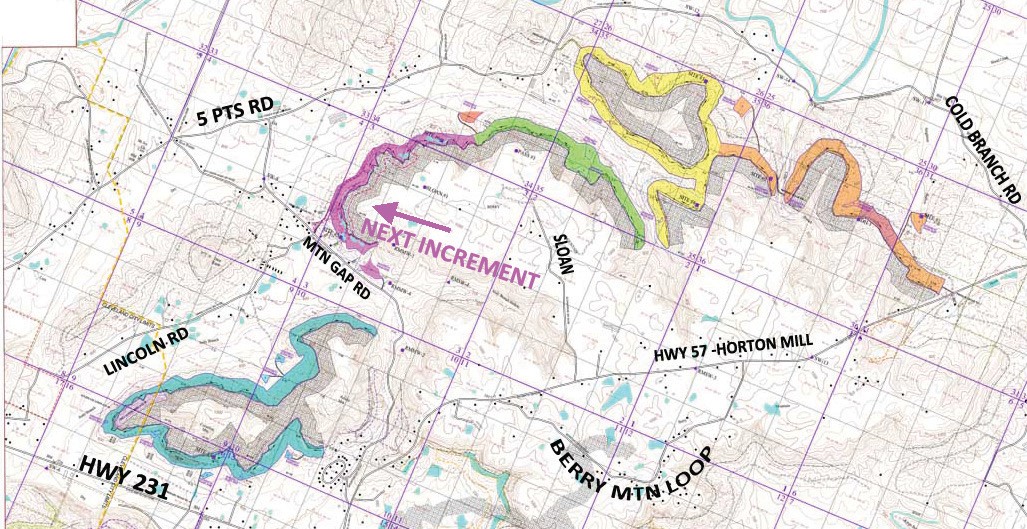 Map of MCoal mining plan, as posted on Rosamine.org website. Cornelius Mountain is shown in turquoise. The next area to be mined is shown in pink. Following increments in sequence are shown in green, yellow, and orange.

Executives from MCoal and their lawyer met with county commission representatives including Probate Judge David Standridge, District 4 Commissioner Waymon Pitts, and county attorney Jeff Sherrer to discuss use of county roads as the company begins to transition to the next increment of its coal removal plan. 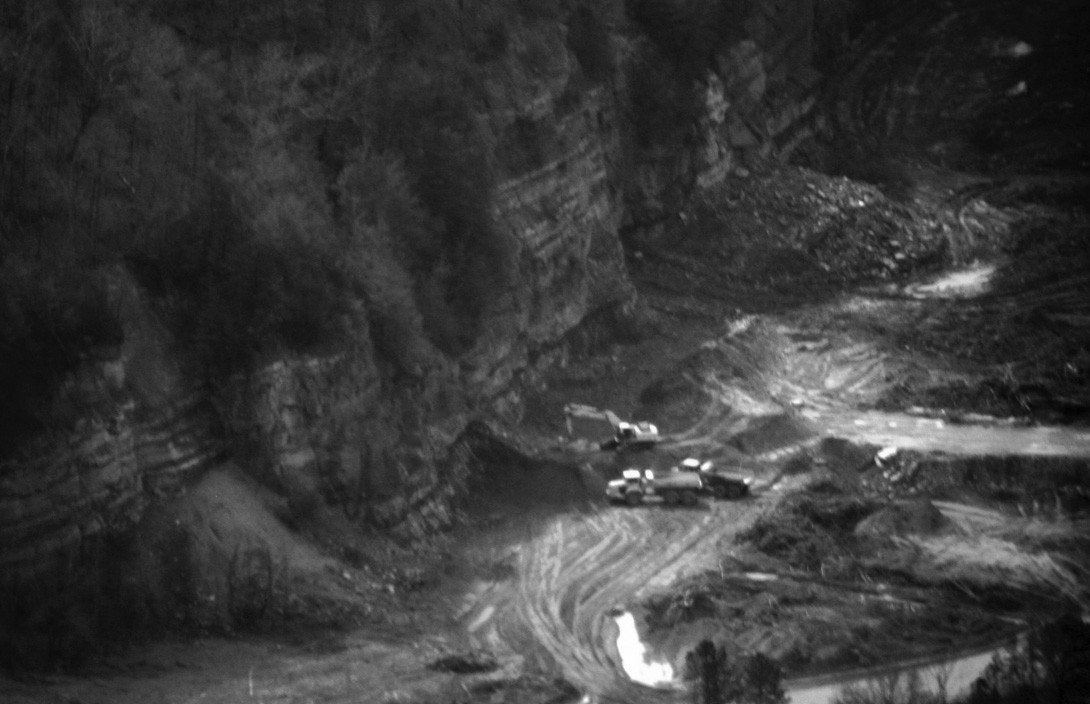 Photo of MCoal mining operations in the Cornelius Mountain area, taken during an overflight by Southwings, a private group of volunteer aviators used by environmental groups to monitor coal-mining activity. Indications are MCoal is preparing to move to the next stage of mining operations, which involves the use of county roads to transport coal.

Pitts said the company spokesmen reviewed their operations plan for next year, which would involve mining in an area that would involve use of Mountain Gap Road to remove mined coal from the area. The area mined appears to lie along the westfacing and northwest-facing face of Berry Mountain.

Pitts said a bond was discussed as a means of assuring that any damage to Mountain Gap Road would be repaired. He said company representatives offered as an alternative an amount of money betwen 5 cents and 10 cents per ton of material moved over the county road, in lieu of posting a bond.

“We’ll have to run the numbers and talk to our engineer and legal department to see if it’s to the county’s benefit to go with a per-ton amount,” Pitts said. “Of course, you know they offered a low figure in the expectation that we’ll came back with a higher one.

“My view is that the roads belong to the people of Blount County, and they’ve elected me to take care of their property. That’s what I intend to do. We’ll run the numbers to see what makes sense, and we may still end up with a bond.”

Pitts said that in the interests of safety, Mountain Gap Road would be posted with a 25-mile-an-hour speed limit, which would be strictly enforced with respect to coal trucks. The trucks would begin using Mountain Gap Road in 2012, he said.

MCoal applied for a permit revision to build a coal separator/washer on the south face of Cornelius Mountain, in the area of current mining operations. The permit was granted last year. Presumably, coal from the Berry Mountain area would be transported to that location for processing.