Massey sworn in as circuit clerk 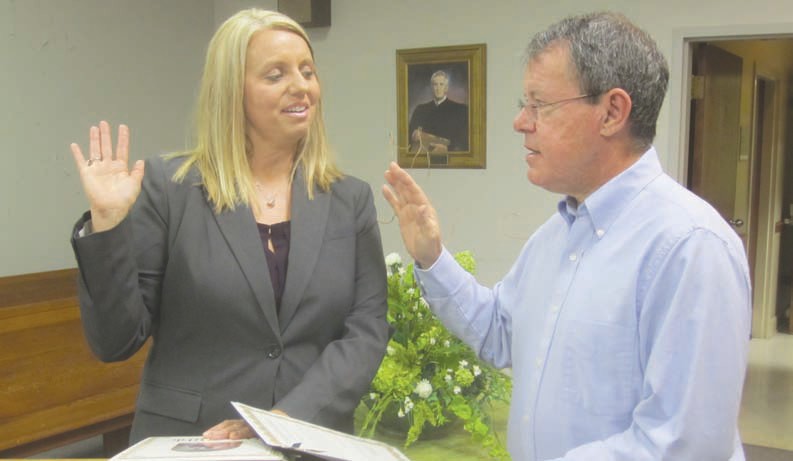 Cindy Massey is sworn in as circuit clerk by outgoing Circuit Clerk Mike Criswell at a ceremony in the circuit courtroom in Oneonta Monday. Appointed by Circuit Judge Steven King, she will fill Criswell’s unexpired term, which ends in January 2019. In a statement afterward she thanked Criswell who she said was a mentor and great influence in her life, along with former employer Bob Bentley who she said taught her much during her 10 years at his law practice. She thanked Judge Steven King who she served as secretary for eight years and co-worker Cinda Underwood, both for their ‘guidance and wisdom.’ She spoke of the ladies in the clerk’s office, who she said would ‘take good care me during early days on the job.’ She promised citizens of the county to ‘faithfully and honestly discharge the duties of the office of circuit clerk.’ She said she plans to seek election to the office in 2018, near the end of her appointive term.‘I have always considered myself a public servant… In this position I plan to continue to serve the public and again, I am truly honored to have this opportunity,’ she concluded.