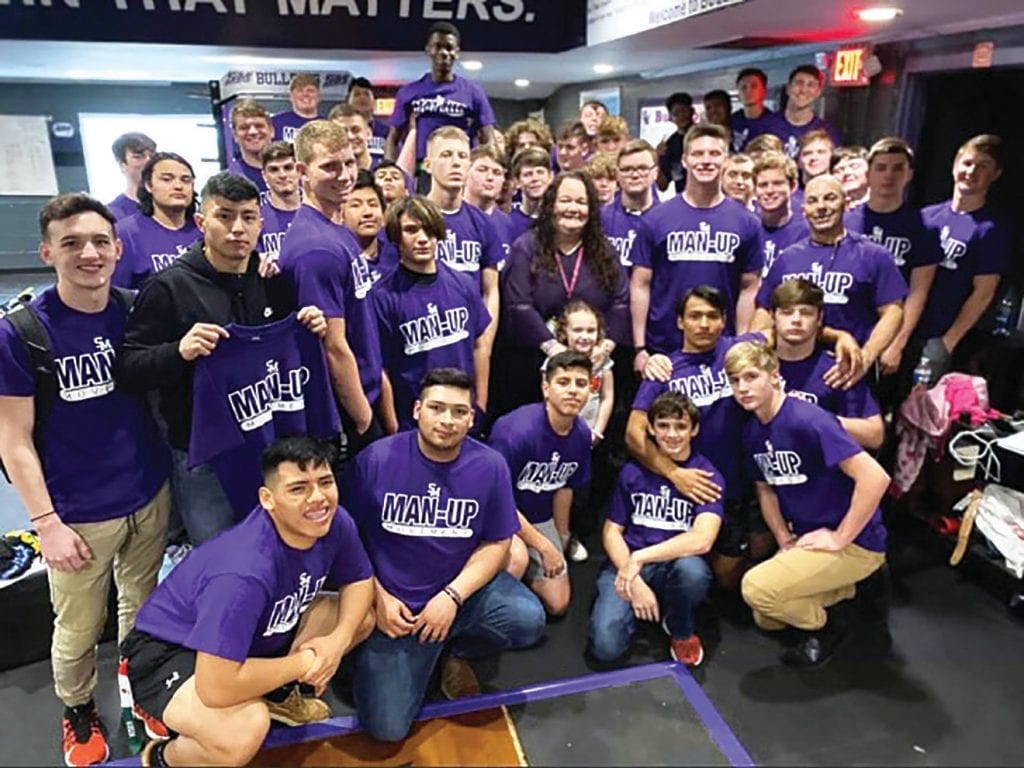 Domestic violence victim and advocate Misty Chaviers said the Man-Up Movement came about in December 2019 when Montevallo coach Brandon Wilcox took a stand encouraging boys and other men to also take a stand and protect women instead of allowing them to be abused.

His stand came on the heels of the murder of Megan Montgomery, a Hoover resident who was a victim of domestic violence killed at the hands of her ex-husband, a former police officer. They were married only three weeks when he shot her in the arm. She endured months of physical therapy. Montgomery was found shot to death in the parking lot of a Hoover business the Sunday morning after Thanksgiving 2019.

In Wilcox’s viral post, he challenged other coaches around the state to bring awareness and educate their athletes about domestic violence. Being an advocate, Chaviers began reaching out to area schools and encouraged coaches to stand with Wilcox and his mission.

This event would be the perfect time to educate the athletes. Lauderdale said, “With domestic violence occurring more and more today, I thought this was an avenue for students to hear about domestic violence and to learn to be an advocate.”

The attendees were also provided with a Man-Up Movement t-shirt, which they all wore the next day. When asked about what their shirts mean, they can tell others and continue to make a difference.

On Wednesday, March 18, the second Man-Up Movement will be held at Locust Fork High School. Again, Chaviers and school staff will help bring awareness about domestic violence to students. Their hope is to encourage a new generation to be leaders and not abusers. Although it is not usually a topic of discussion, Chaviers is encouraged about getting the word out to everyone that domestic violence is not acceptable and must be stopped.