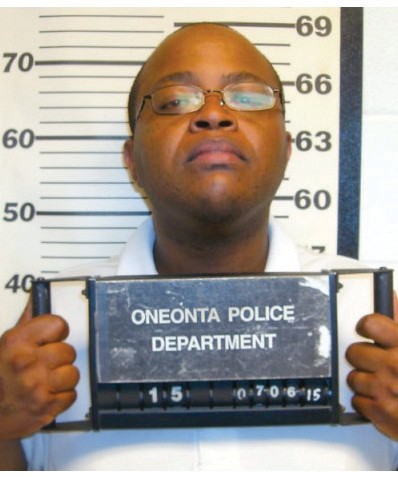 An Oneonta man was injured Friday after leading police on a chase that started in Blount County and ended with him wrecking in Jefferson County.

Greg Fowler, 37, was trapped inside an SUV for approximately 30 minutes before rescue personnel could free him from the vehicle. He was taken to UAB Hospital where he is being treated for multiple serious but not life-threatening injuries.

Fowler was on probation for DUI and other non-violent charges when he appeared in city court last Wednesday. His probation was revoked by the judge and he was ordered to the Blount County Jail. Fowler got permission to take his mother home but never showed up at the jail.

Officers went to his house but they learned he had taken his mother’s gun and fled into nearby woods. A search for him that night came up empty.

He was spotted Friday morning in Remlap and the chase began after Blount County deputies tried to stop him.

Fowler reportedly rammed police cars and led pursuers into Jeffer-son County before crashing at a road construction site on Tarrant Huffman Road. The stolen SUV was airborne some 100 yards before landing on its roof.

A gun was recovered from the vehicle. At least five agencies were involved in the pursuit – Blount and Jefferson County deputies, Birmingham and Tarrant police and Alabama State Troopers.

Fowler is still at UAB Hospital and will be facing multiple charges in Blount and Jefferson counties when he is released.