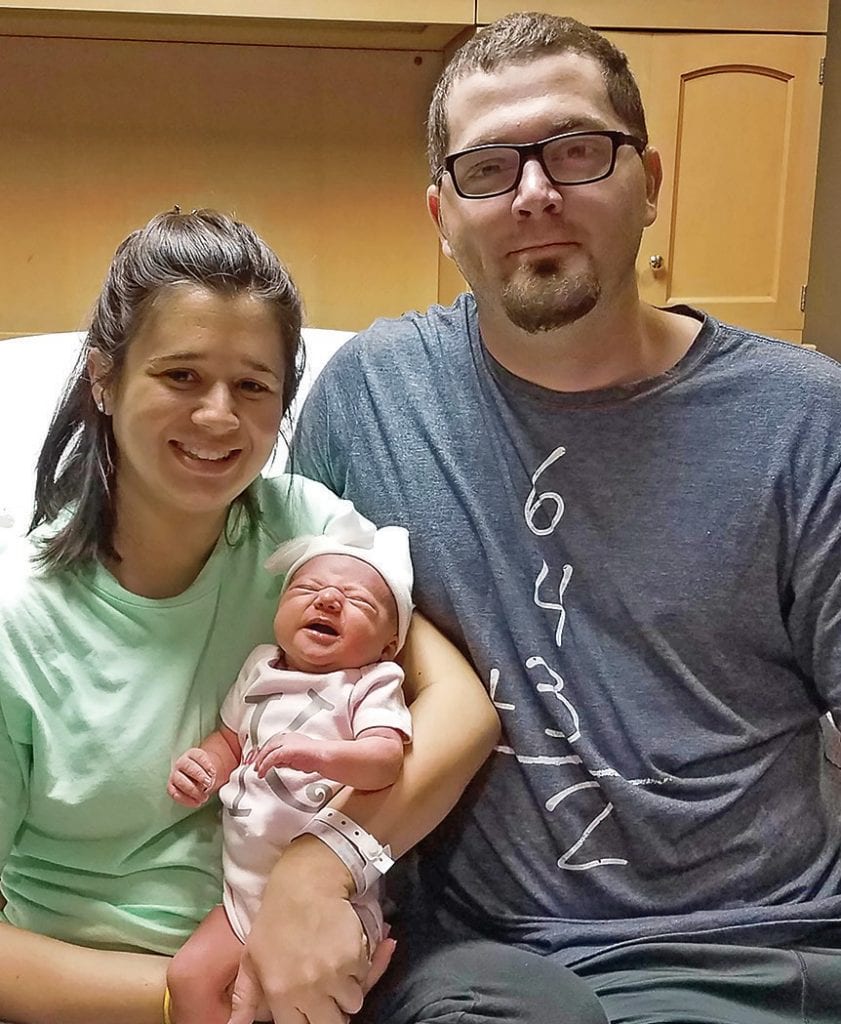 Parents Johnathan and Allison Beard were anticipating the birth of their third daughter in a few days. Everything was progressing as normal.In the wee hours of the morning on Tuesday, Aug. 13, Allison’s water broke. She woke her husband and they headed toward St. Vincent’s Downtown with their two other daughters, Kadence (6) and Kennedy (2), in tow.

Being the third birth for Allison, the Beard’s knew it could be fairly quick.However, they were not expecting the birth to unfold as quickly as it did.

On the road to the hospital, it became apparent that Karoline was not going to wait.Allison’s contractions were becoming stronger and closer to each other. Johnathan called 911 to alert them of the impending situation. They instructed him to pull off the side of the road and get his wife into the back seat for Karoline’s delivery.

Although not sure if they would make it before Karoline’s birth, Johnathan decided to continue on toward Center Point Fire Station. He said, “I really don’t know anything about delivering a baby, and I knew there was a fire station just down the road. My thought was, they know how to deliver a baby more than I do.”

Johnathan said the one thing that kept him somewhat calm during this situation was his daughter, Kadence. He laughed and said that every time Allison had a contraction and screamed out, Kadence would tell her to be quiet.

Luckily Karoline waited. She arrived at 2:38 a.m. in the rescue unit at the fire station weighing 7 pounds, 3 ounces. During delivery, Johnathan said he could see the first responders talking quietly among themselves as the umbilical cord was wrapped around Karoline’s shoulder and her neck. He was panicking; however, the firefighters were not.

Fortunately, the cord was not wound tight enough to cut off Karoline’s oxygen supply. Johnathan was able to cut the umbilical cord after her safe delivery. He said the emergency personnel took control of the situation and kept calm. Both Johnathan and Allison praised the first responders for “an outstanding job” during this unconventional birth.

Karoline Nila will carry on the namesake of her paternal great-grandmother, Nila Jean Beard, who passed away in November 2017. When Karoline starts school in a few years, she will likely be the only student in her class that has “fire station” listed as place of birth on her birth certificate.

Things are beginning to quiet down for the Beard family after a whirlwind of interviews with news media. They have returned to their Cleveland home to resume life as a family of five. Johnathan said, “We really didn’t realize it was going to be such a big deal.”

Radiothon 2020Artful alleyCalvert admits it was him