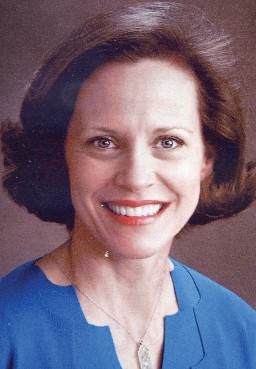 This is the fourth of five profiles of candidates running for District 11 of the State House of Representatives. This is the last of the Republican candidates. Remaining is the profile of Democratic candidate Kelly Evans, which will appear near the time of the general election.

District 11 includes about one-fourth of Blount County, lying along its northern and western boundaries and extending toward the center of the county. The District 11 vacancy was created when former State Rep. Jeremy Oden of Cullman resigned in December after being appointed to the Alabama Public Service Commission. The winner of this election will serve the remainder of Oden’s term, a period of about 18 months.

Stand on issues Limited home rule for counties: “I believe the rights and freedoms of the people of this state and the broader public interest are protected by opposing attempts to force the state to give up its responsibility and power to county or local units of government… The state Legislature serves as a check and balance for average citizens.” Charter schools: (paraphrase of candidate’s lengthy answer) “Alabama already has good public schools. A good education begins at home with parental expectations and what’s done to facilitate those expectations. There’s a lot of confusion and many unanswered questions about charter schools – even before you take into account the Alabama Education Association’s opposition related to the union and tenure.” Comprehensive tax reform: “I would strongly stand opposed to any attempt for… legislation that would attempt to fund state government on the back of increased property taxes. We need to revisit common sense measures like prior-year budgeting. We need to assure that there are equitable distributions of monies to the general fund, education trust fund, etc.” Money, lobbying and influence in politics: “New ethics reform legislation did a lot to prevent PAC-to- PAC money mismanagement. When organizations have a political action committee (PAC) and they decide to back a candidate, there should be due diligence and transparency of those amounts. Right now, my campaign funds are coming from… selling soybeans.”

Candidate’s response to instruction to complete the thought “I am the best candidate for this office because…” “I am the best candidate for this office because I AM ONE OF YOU. I don’t come from a world of guarantees – guaranteed job, retirement, or health insurance. I am a farming partner and business co-owner. I come from a world where we have to do more with less. I have been responsible for employees and benefits, budgets, and bottom lines. I have invested my own money to create jobs… As a woman, wife, mother, and grandmother, I will be sensitive to the needs of women…I will work for smaller government, accountability in government, due process, and personal and property rights of citizens. I will be a coalition builder to create jobs. I will work to help all the municipalities in District 11…I will work to enhance the number one industry in District 11 – agriculture.”