LUCKY TO BE ALIVE… 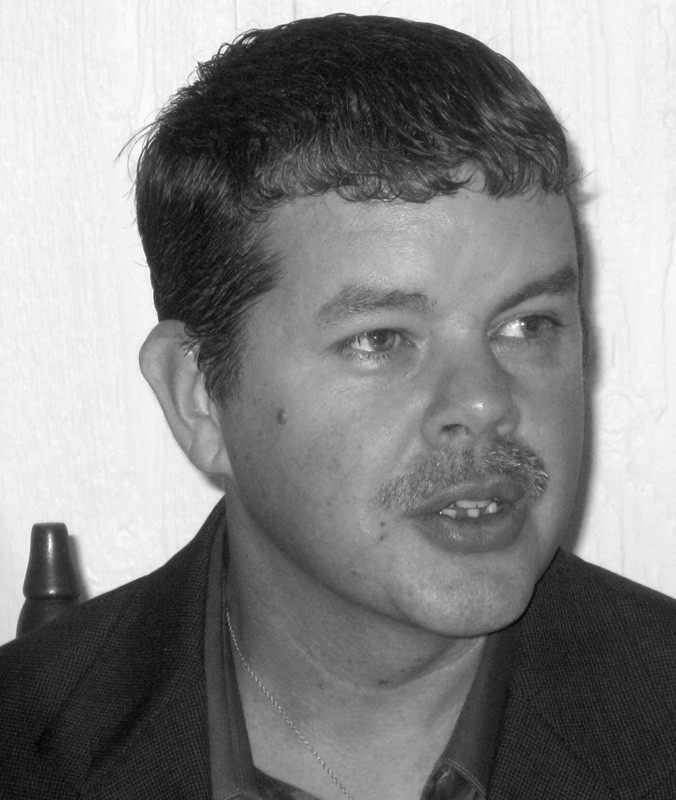 ‘I think I survived to let other people know the Lord’s got plans for you.’

At 39, Adam Henderson has cheated death enough times for several lifetimes: nine cardiac arrests in one series plus several at odd intervals, cancer of the neck and stomach as a teenager, and a gunshot that passed from hip to neck without hitting a vital organ.


How did all these life-threatening episodes occur?

When he was 12, he said, he left the house to go squirrel hunting. He heard a voice say “Don’t go. Don’t
go!”
He was so sure he heard it, he stopped, started to turn around and go back, but then changed his mind and went on.

Adam said he went to the woods, sat down, and pulled his loaded pistol out to put it on the ground. When he dropped it, it hit a rock, discharging in the process. The bullet entered his hip and traveled upward through his body cavity, narrowly missing his liver, lungs, and heart, exiting through his neck. He said he never lost consciousness.

As a young teenager, he developed a swelling on his neck. An initial trip to the doctor found nothing wrong. But Adam had a feeling that something was terribly wrong. He said the voice came again with a stark message: “Get to a doctor or you’ll die.”

Returning to the doctor, he was subsequently diagnosed with Hodgkin’s disease, now called Hodgkin’s lymphoma. After radiation therapy, the cancer went into long-term remission. It has not reappeared in more than 20 years.

What about those voices?

What about those voices? Were they just his own thoughts, seeming to be real words spoken aloud by someone else?

“No, it wasn’t me,” he said. “It was like the voice was echoing through me, like it was coming from inside somehow, but not from my own thoughts.” He continued trying to describe the sound, creating the impression of a pronounced whisper.

But Adam’s closest calls were yet to come. Through his 20s, he experienced heart “spells” from time to time, sometimes, when he was deer hunting. He would pass out, he said, and regain consciousness hours later, sometimes after dark, lost in the woods with no recollection of where he was. On at least one occasion, his kidneys shut down and he quit breathing, he said.

He had several vivid visions of seeing his dad and his brother, both dead for years, and talking to them. His brother had died when Adam was a baby, but he had no trouble recognizing him because of the resemblance to his dad, and because of something else, which Adam simply could not describe.

In his early 30s, the heart spells took a more serious turn, taking his consciousness multiple times. Doctors could find nothing catastrophically wrong and prescribed medication to regulate his heartbeat. Sometimes, his heart rate would drop to 20 beats per minute, he said.

In March 2009, he was scheduled for surgery to implant a pacemaker. He quite breathing on the operating table, he said, and was considered clinically dead for five minutes.

Since then, Adam said, he has experienced a profound change, being saved and becoming a Christian.

“I went from cussin’ and fightin’ all the time in my old life to a complete change. Used to, it was like I was always looking for trouble – and finding it. But now I get along with people. People I’ve been mad at all my life it seems like, I forgive’em. I don’t get raging mad any more. It’s made my marriage better than it ever was before.

“Even the way I dress. Used to I’d always be in old, greasy clothes – like old dirty hunting clothes. I’d never go out dressed like this,” he said, gesturing to his crisp ensemble of nice slacks, dress shirt, and sport coat.

“In my old life, seemed like everything bad came my way. Since I got saved and started living better, good things started happening,” he said.

“Yeah, I’ll give you a good one. One day the voice came and told me to drive to Pine Grove Road in Rosa. (Adam explained that’s where he ended up as the voice told him each turn to make as he drove from Straight Mountain.) All my life, I’ve been wanting land of my own, and it seemed like I’d never have any.

“But I went to this place, and there was an old house and about two acres that backed right up to the river. It had just been put up for sale that day or the day before. When I first got there and saw the place, I didn’t know it was for sale, then I saw where a sign had fallen over. I picked it up, and that was the for-sale sign. I was the first one to call on it. And within just a little while I bought it. Now I’m fixing up the old house so we can move into it.”

What significance does he draw from his remarkable life experiences?

The plumber/electrician/carpenter says he thinks God wants him to inspire other people to become Christians. Toward that end, he wants to go to Wallace State and enter the religion program there. He said he was drawn to it when he attended Wallace previously, studying for an associate degree in law.

“I feel like I will go into the ministry,” he said. “I think God was drawing me to it before, but I wan’t ready yet.”

And does he have a message in mind for his first sermon?

“Yes, I think I do. It’s this: you might not know why things are happening to you. But there’s a reason. God has a plan for you, just like he has a plan for me. God is pulling you in the direction he wants you to go. You may not understand it at the time, but if you’ll listen and pray for understanding, in time it will become clear.”