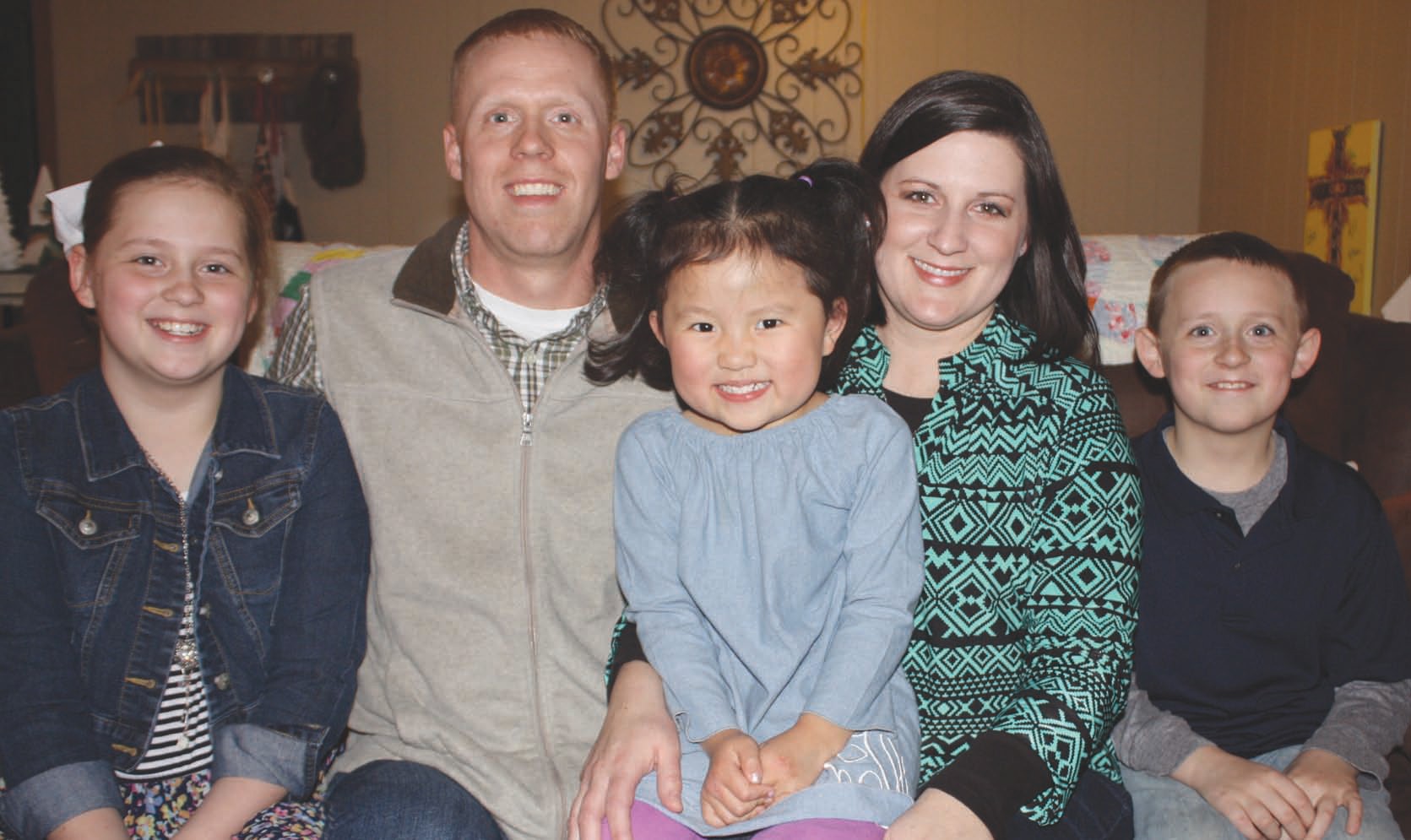 Each time the Thomason family leaves their house, a saying written on a chalkboard beside the door reminds them,“God first. Others second. Yourself last.” But this is not just a quote for the family, its a way of life…not only within the confines of the community, or the state, or even the nation. The Thomasons spread their beliefs across the globe when they decided to adopt a Chinese girl named Halle.

Jack and Abby, of Oneonta, already had two children – Laney, 10, and Jake, 8, – but still felt God’s calling to adopt.

“We started researching in May 2013 and first looked into in-state adoption,” explains Jack. “But while we were doing that, we began to feel led toward China.”

Jack and Abby knew three local families who had decided to adopt children from China, so the idea wasn’t that far-fetched. 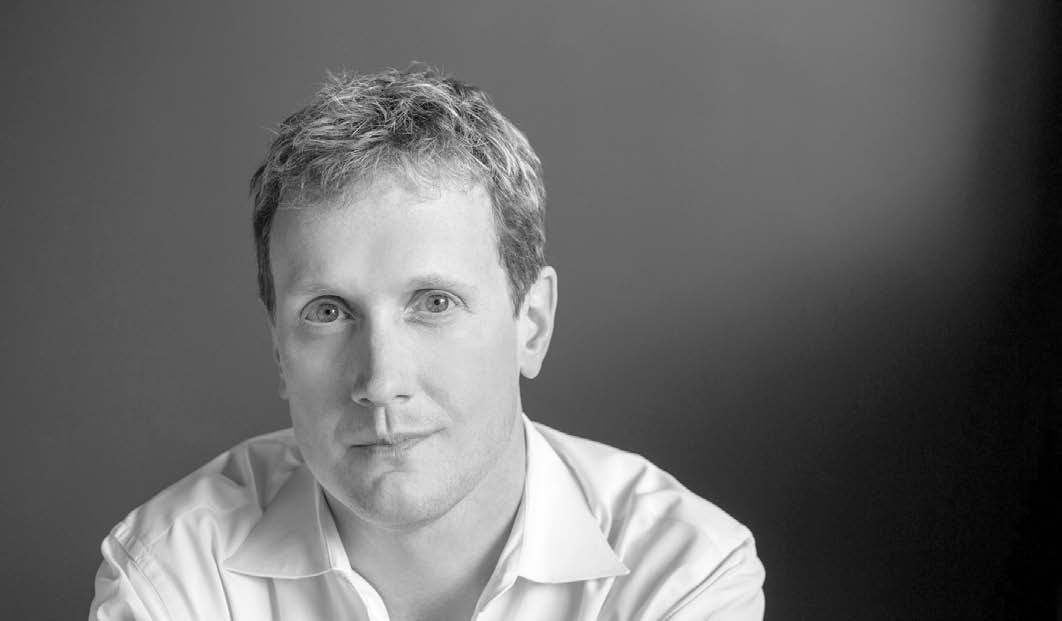 Oneonta-born and raised John Lemley: it’s a simpler issue when it’s on your own doorstep.

They connected with an adoption agency in Hoover called LifeLine that partnered with domestic and international orphanages, including 17 in China.

“It was definitely God who was behind this because we don’t venture far from here,” Abby says.“I had never even been on a plane before we traveled to China.”

The couple had looked at a few different files of children before finding Halle.

“We just knew when we saw her,” Jack says. “What’s even crazier is the day we were looking at her file was her birthday. We were finding out information about her on the day she turned 3 years old.”

Not much is known about Halle before she came to an orphanage in Xi’an, China. According to her parents, her file says she was found abandoned on a village street when she was only a few days old.

This type of story isn’t uncommon in China, which has a one-child policy.

“Every year, 100,000 little girls are abandoned because families want their child to be a boy,” Jack says.

Halle was also born with a leg deformity which could be another reason she was abandoned. Boys are also left unwanted due to some type of birth defect, according to Abby.

“There were 800 children just in the one three-story orphanage Halle was at,” she says.“And in that one city there are probably three more orphanages with just as many children.”

Child abandonment is so common in the area, Halle’s orphanage had a baby drop box outside its doors.

“I heard a statistic a while back that said if every church adopted an orphan, there would be no more orphans,” Jack says.“I’m not sure how accurate it is, but it is interesting. I’ll always remember something I heard from Brother Randy Hale. He said,‘God’s not gonna call every family to adopt. But every family should ask God if He wants them to.’”

Luckily for Jack and Abby, Halle had been moved to a foster home near her orphanage, and they had the opportunity to call her through Skype before meeting her in person.

“The first time we talked to her, it was probably 2 a.m. here,” Jack says.“But it was great to see her, and let her know what we looked like so when we arrived in China she could recognize us. It was a blessing because they train you on what will happen when you adopt a child, and they prepare you for worst-case scenarios. All around us we could see families struggling a little more than we were, and I believe her seeing us over Skype really helped with the adjustment.”

The first meeting occurred at a government office in Xi’an on July 13, 2014.

“She was really hesitant to begin with,” Abby explains.“But when we Skyped, we had shown her a backpack we had gotten for her, and she was really excited when she saw that.”

Halle pipes up and adds,“And I loved it. I got a Minnie Mouse phone in it.”

When she first arrived in America, Halle spoke no English, besides simple words like Mom and Dad, but after only seven months, she speaks it fluently.

“I know how to write my Hs and Ls,” she says as she attempts to form the letter H with her fingers.

“They told us she would completely forget how to speak Chinese, and she has,” Abby says.“Once in a while we will say easy words we picked up while we were over there, and she will just stare at us with a confused look on her face because she doesn’t understand.”

Both her parents agree adopting a child and bringing another life into their family has gone smoother than expected.

“Laney has been a little mom to Halle,” Abby says.“Jake, of course, has been the aggravating, but loving, older brother.”

All of the children agree they want another sibling, but disagree on whether they want a brother or a sister.

“Laney did catch me looking at the list of orphans,” Abby admits.“If we feel called again, we wouldn’t hesitate to adopt another.”

After settling in at her new home, Halle soon received surgery on her leg.

“Even when she couldn’t walk, she still crawled on her knees every where,” Jack says.“She’d climb up ladders, jump on the trampoline, go down the slide, she’d do whatever she wanted to do.”

Not much has changed since except now she can walk.

Her surgery, which occurred on Nov. 12 of last year, was a knee disarticulation – a procedure which amputates the leg from the knee joint down. On Christmas Eve, she received her first prosthetic leg.

“She was walking around in a few days,” Jack says.“She never needed a walker or therapy. God gave her the type of personality she would need with her disability. She’s outgoing, brave, determined, and just a little bit sassy.”

Halle even sang “Jesus Loves Me” during a service at Mt. Carmel Baptist Church, in Double Springs, where Jack pastors.

When the Thomasons first mentioned the idea of adoption, they received mixed reactions.

“Our church family and our actual families were very supportive, but others in the community would give us a weird look sometimes,” Jack explains.“They thought we were crazy. But to anyone who is considering adoption, and they feel like it’s God calling to do so, rest assured God will provide as long as you do your part.”

Jack and Abby agree that when they saw the cost, they were both taken aback, but it didn’t stop them.

They set to work on fundraising through bake sales, homemade jewelry, spaghetti suppers, and more.

One fundraiser was a custom-made puzzle with a picture of the globe and “Love Crosses Oceans,” printed on it. Each person bought a piece of the puzzle and, in turn, paid for Laney and Jake’s plane tickets to China.

“We received anywhere from 10 cents to $5,000 in donations,” Jack says.“Literally, hundreds of people helped us bring Halle home. We are so thankful to those who supported us and prayed for us.”

The family says following God’s will sometimes isn’t right outside your front door.

“The work that God wants you to do may not always be 10 minutes from your house,” Jack says.“Following God’s will requires an open Bible and an open map.”

The couple have heard many reasons why people can’t adopt, including not enough room or not enough money.

“So many families have the mentality of ‘our four and no more,’” Jack says.“But people do have room, and God will provide if it is His will. You can’t let money keep you from changing lives.”

Jack invites anyone interested in adoption to e-mail him at jack@otelcotel.com.