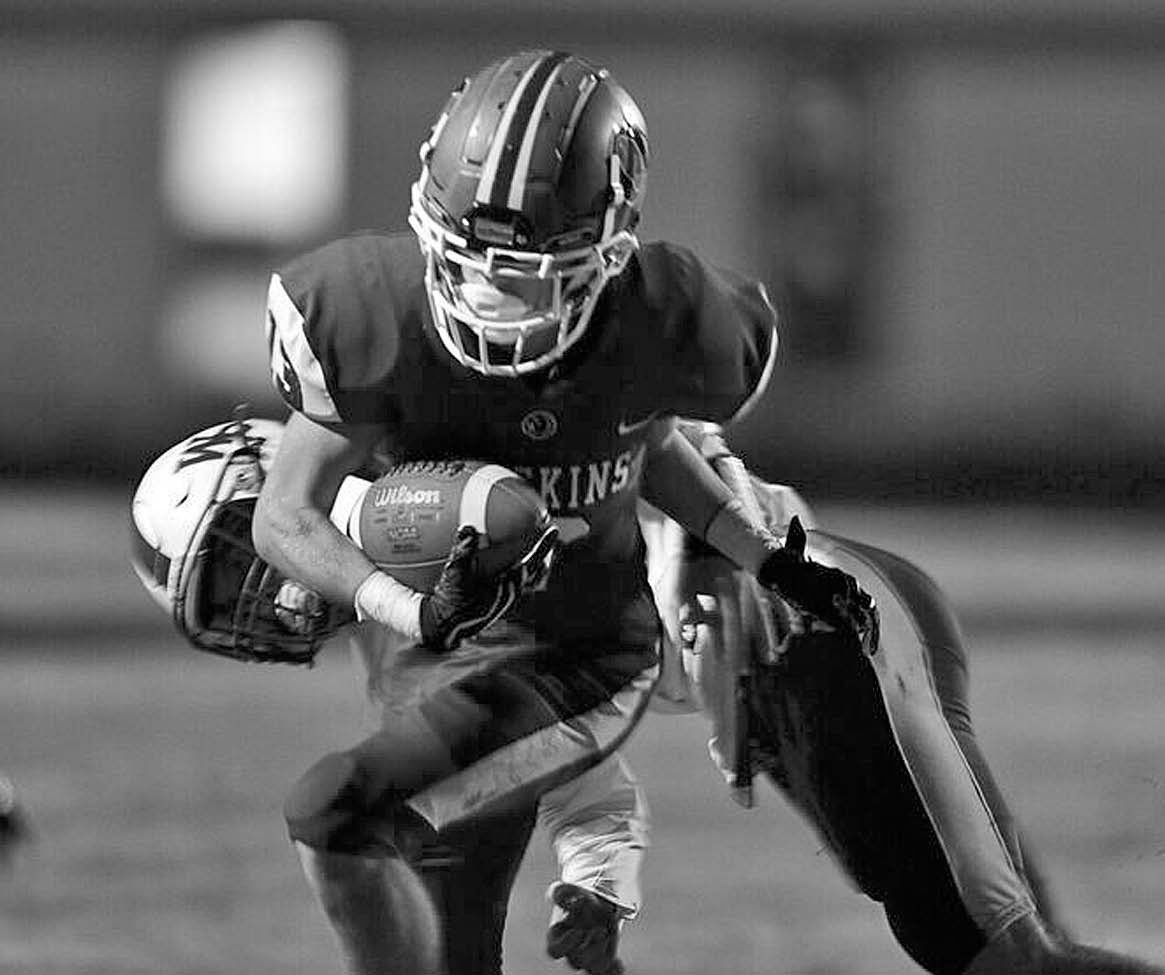 It’s a big week for high school football and there are several games on the schedule that will grab your attention.

Before we get started, note – due to printing constraints, there are no game stories this week. We had to move up our schedule quite a bit this week with concerns about the weather and that simply didn’t leave enough time to get everything put together. We apologize but hopefully we’ll be back to normal next week.

Here’s a quick synopsis of this week’s games:

Appalachian – the Eagles were flattened last week 62-0 by Wadley and desperately need to put things together this week with Victory Christian coming to town and a tough trip to Winterboro looming next week.Victory Christian is one of the teams Appalachian has to knock off if the Eagles hope to be in the fight for a playoff spot. 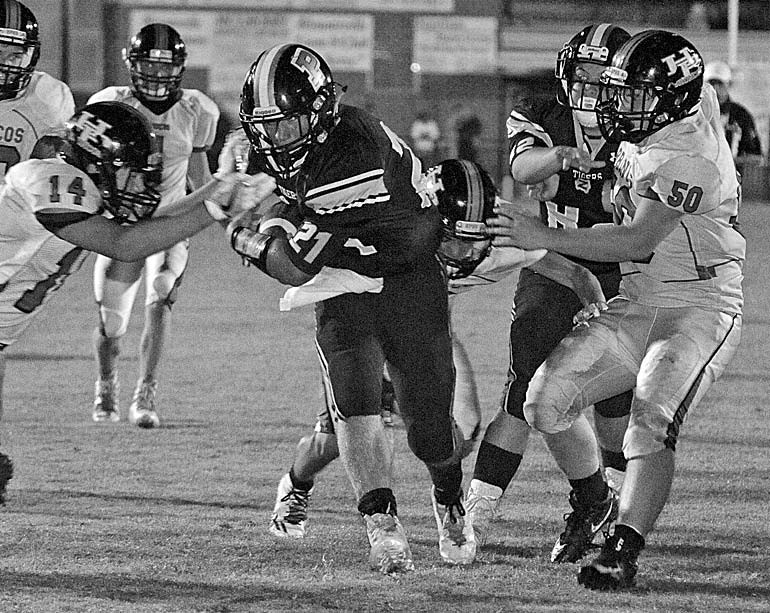 Cleveland – the Panthers fumbled on their first offensive snap last week and made a couple of other mistakes at Falkville in a 35-28 loss. Cleveland got a solid night from the offense and a 90- yard kickoff return for a score from Parker Gilliland but the defense was a step slow all night. Rival West End visits this week and neither the Patriots nor the Panthers want to start 0-2 in region play. 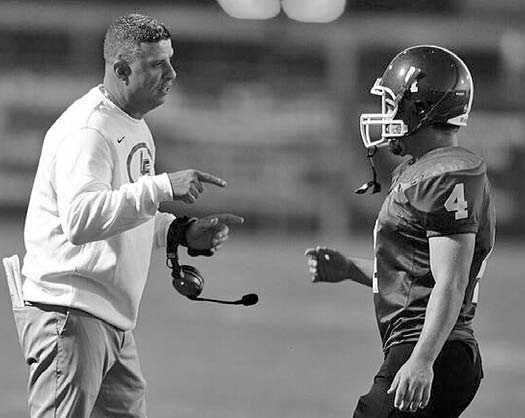 Hayden – the Wildcats got back to doing what they do last week and mashed West Point for 326 rushing yards in a 37-18 romp over the Warriors. Curry visits this week and the Yellow Jackets are 2-0 but haven’t really been tested in shutout wins over Berry and St. John Paul II. Hayden will show the Yellow Jackets what a solid 5A program looks like.

Locust Fork and J.B. Pennington – these two meet this week and you might want to grab a seat early at Gary Pate Field – there should be a big crowd on hand for this one. Locust Fork picked up a big win by throttling Vinemont 44-6 last week while J.B. Pennington muscled up in the second half to blow away Holly Pond 48-20. The winner gets a leg up on a home playoff game while the loser has a lot of ground to make up.

Oneonta – the Redskins made some mistakes but they also played inspired football down the stretch in a comefrom behind, 36-33 victory over White Plains last week. Oneonta struggled to run the ball but they also made plays in the passing game and on defense when they needed to. Ashville visits this week in a battle between two teams that are trying to crack the top half of the region and secure a playoff berth.

Southeastern – Addison is one of the best 1A teams in North Alabama and the Bulldogs rolled to a 62-0 victory over the Mustangs last week. Mike Burkett’s team will take this week off and heal up before jumping back into region play next week at Sumiton Christian.

Susan Moore – Heath Lauderdale’s Bulldogs went to Winston County last Friday night and used a strong running game and solid defense to outscore the Yellow Jackets 21-0 in the second half for a 35-20 victory. The Bulldogs will look to keep things going this week in a region and rivalry game against Holly Pond.

All games are on Friday this week and will kick off at 7 p.m.

The Eagles got a dose of the best team in Region 5 last week and it wasn’t pretty. Appalachian didn’t play well and struggled on both sides of the ball but make no mistake, Wadley is absolutely the class of Region 5 and is one of a handful of 1A teams in the north capable of making it to the title game. This week, the Eagles get a dangerous Victory Christian team led by dynamic quarterback Harrison Cheatwood (6’1, 180 Sr). He is more than capable of putting up big numbers through the air or on the ground. The problem for the Lions is a defense that has been victimized at times by the run. Victory put up more than 400 yards of offense against Sumiton Christian in the opener but lost the game because their defense gave up more than 300 rushing yards. The Lions have only four players on the roster listed at more than 200 pounds and average just 215 pounds on both sides of the ball. Appalachian struggled to get anything going on the ground last week against Wadley but a good night from the running game will be needed against Victory Christian.

1A Southeastern (0-3, 0-1 in Region 7)
is off this week
Next week – Southeastern travels to
Sumiton Christian.

The Patriots gave Tanner all they could handle for a half last week but the speedy Rattlers made a couple of big plays in the third quarter to pull away. The Patriots had all kinds of trouble stopping the Tanner offense after the first quarter and gave up more than 400 yards on the night. Cleveland fumbled on the first snap last week against Falkville and was forced to play from behind all night. The Panthers also had a huge breakdown in the secondary to give up a 72-yard touchdown pass. On the night, Falkville put up 426 yards on the Panthers – 263 through the air and 163 on the ground. West End’s Payne Stancil (5’10, 150 Sr) is more than capable of having a big night through the air and there are enough weapons around him to make plays. Cleveland has to get the running game going. The Panthers rushed for 154 yards last week but managed just 3.8 yards per carry and those numbers will need to be better this week. Parker Gilliland had a 90-yard kickoff return for a touchdown last week and you can bet that the West End coaching staff will be looking at ways to limit his touches.

As expected, this is a big game but maybe a little bigger than expected, at least as far as playoff hopes go. Locust Fork limped out of the gate with a pair of losses before throttling Vinemont last week. J.B. Pennington made a ton of mistakes against Boaz and then let Holly Pond hang around for a half last week before burying the Broncos in the second half. Each team wants to run the ball and needs to run the ball but Pennington has proven to be more than capable of throwing the ball and making plays with Noah Allison at quarterback. Neither defense has fared very well against better running games (Boaz battered the Tiger defense and Carbon Hill and Pisgah put up good numbers against Locust Fork) so the defensive fronts will be the focus again this week. Locust Fork needs to get Drew Rogers and the running game going early this week to test the Pennington defensive line. J.B. Pennington will counter with Sheldon Blythe and several backs to try to set up the play-action pass. If it comes down to the kicking game, Locust Fork has to feel good with Jose Hernandez, who is perfect on the year on extra points and knocked home a 29-yard field goal last week.

Next week – Rivalry game for each as J.B. Pennington hosts Hanceville and Locust Fork travels to Susan Moore.

Susan Moore dug a 14-0 hole at Winston County but then outscored the Yellow Jackets 35-6 over the next three quarters to get Heath Lauderdale’s first win as head coach. The Bulldogs did it on both sides of the ball but the key was a running game that churned out 303 yards on 44 carries (6.9 yard avg!) with five touchdowns. Andrew McEvoy ran it well (18 carries for 142 yards and three touchdowns) and did enough through the air (completing 6 of 11 for 48 yards) to keep the Winston County defense off balance. The Bulldog defense settled down after the first quarter and played very well in pitching a shutout in the second half. Holly Pond hung with J.B. Pennington for a half but got buried in the second half at Blountsville. The Broncos lost a lot of players to graduation from last year’s playoff team and the lack of depth finally showed up in the second half last week as Pennington outscored the visitors 26-6 over the final two scores. Jeremiah Holmes (5’8, 150 Jr) had a big night running the ball with 112 yards on just eight carries. Susan Moore must do a good job of limiting the big plays of the explosive Holly Pond offense.

Ashville started the year with a solid rivalry win over Ragland but then simply didn’t do much of anything last week against Anniston. The Bulldogs are led by Landon Cornutt (5’11, 145 Sr), a dual-threat quarterback who gave Ragland fits in the opener but then was bottled up last week by Anniston. The Bulldogs have good size up front (avg. 230 lbs.) but new head coach Trey Pike has inherited a roster with very little depth, especially up front. Oneonta battled throughout the game last week against White Plains and picked up the first win under new head coach Brandon Herring. The Redskins struggled to run the ball – just 54 yards on 22 carries – and lost four fumbles but the defense came up with three takeaways, including an 80-yard fumble return for a touchdown by Landon Bothwell that started the furious fourth-quarter comeback. The Redskin offensive line needs to come to play this week against an Ashville defensive front that was turned inside out by Anniston last week.

Next week – Tough road games for each as Ashville travels to Saks and Oneonta goes to Cherokee County.

How good is Curry? Glad you asked, because I’m not sure anyone knows yet. The Yellow Jackets pulled away from 1A Berry in the opener after a bit of a struggle in the first half and then shut out hapless St. John Paul II before taking last week off. Those two teams are a combined 1-5, by the way. In his second season as head coach, Phillip Smith has some talent on the roster. The Yellow Jackets average 240 pounds up front on both sides of the ball and there is depth behind the starters. Peyton Luster isn’t the biggest running back at 5’10, 165 lbs. but the senior has been the leading rusher through the first two games and he has shown big-play ability. Berry and St. John Paul struggled to run the ball against the Yellow Jacket defensive front but that is an area where Hayden will test Curry. The Wildcats got the running game cranked up again last week and buried West Point under 326 rushing yards, led by Austin Turner’s 136 yards and three touchdowns. Maybe just as important, Sheridan Miller only threw three passes and completed two but they went for 145 yards, including an 80-yard touchdown to Kade Marlin.