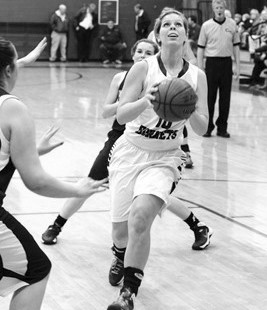 Brittany Hudson and the Locust Fork Hornets will face Priceville in the Northwest Regional tomorrow at Wallace State Community College in Hanceville.

Eight schools from the county made it out of area
play into the sub-region last week but only two will play
in this week’s region tournament.

The girls from Locust Fork and Oneonta won subregion games Friday night and will play in the 4A bracket of the Northwest Region Tournament beginning tomorrow (Thursday). 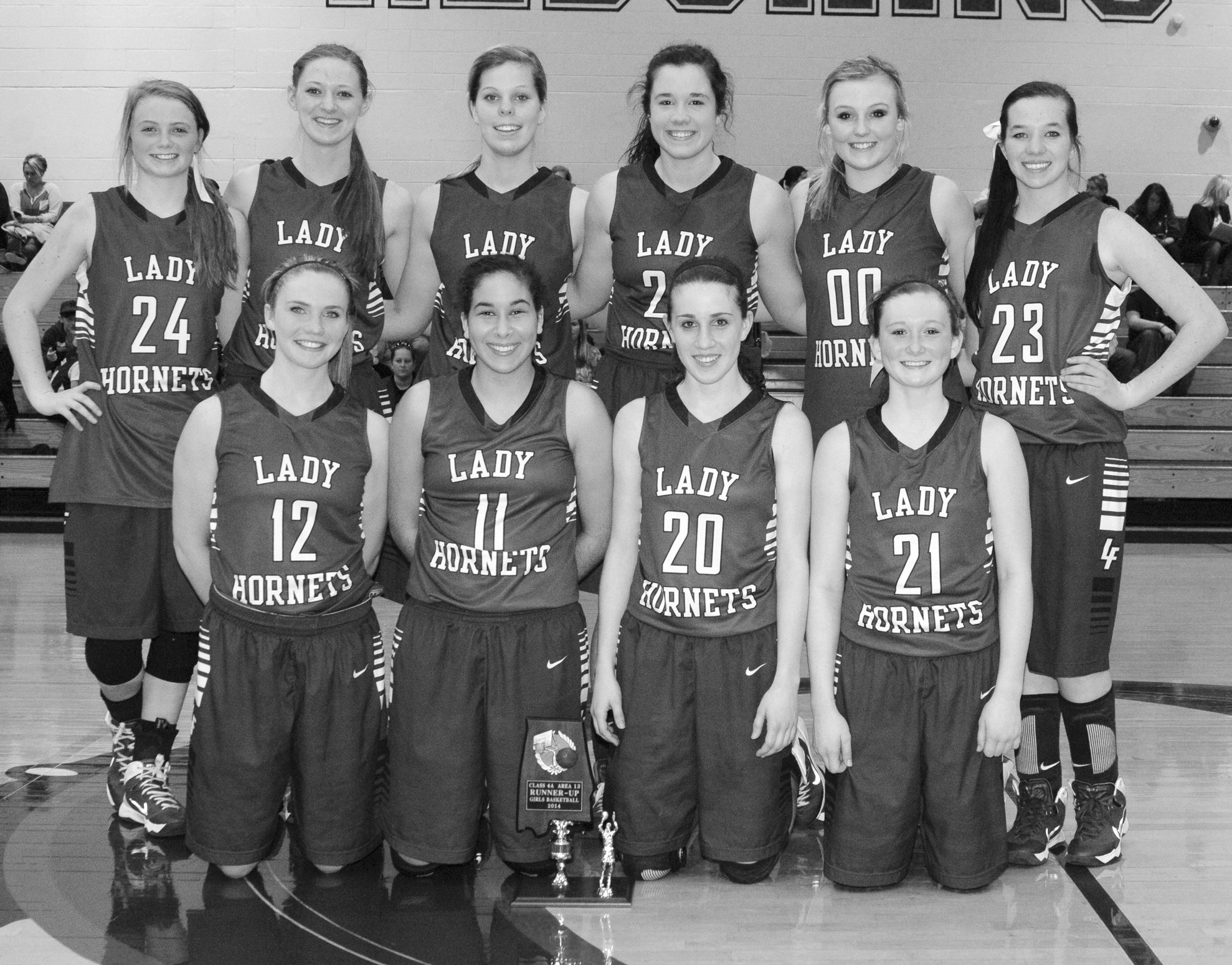 The winners of the two games will meet in the region final Saturday at 3:40 p.m.

The visiting Lady Hornets probably had a sense of déja vu when they arrived in Huntsville. Last year, the Lady Hornets fell 52-48 at Johnson despite holding a lead late in the fourth quarter.

This year, Barbara Roy’s Lady Hornets came into the sub-region with almost the same team, except for one big exception – a healthy Kasi McMillian. The senior missed last year’s game with an injury but she was 100 percent this time around and that proved to be bad news for the Lady Jaguars. 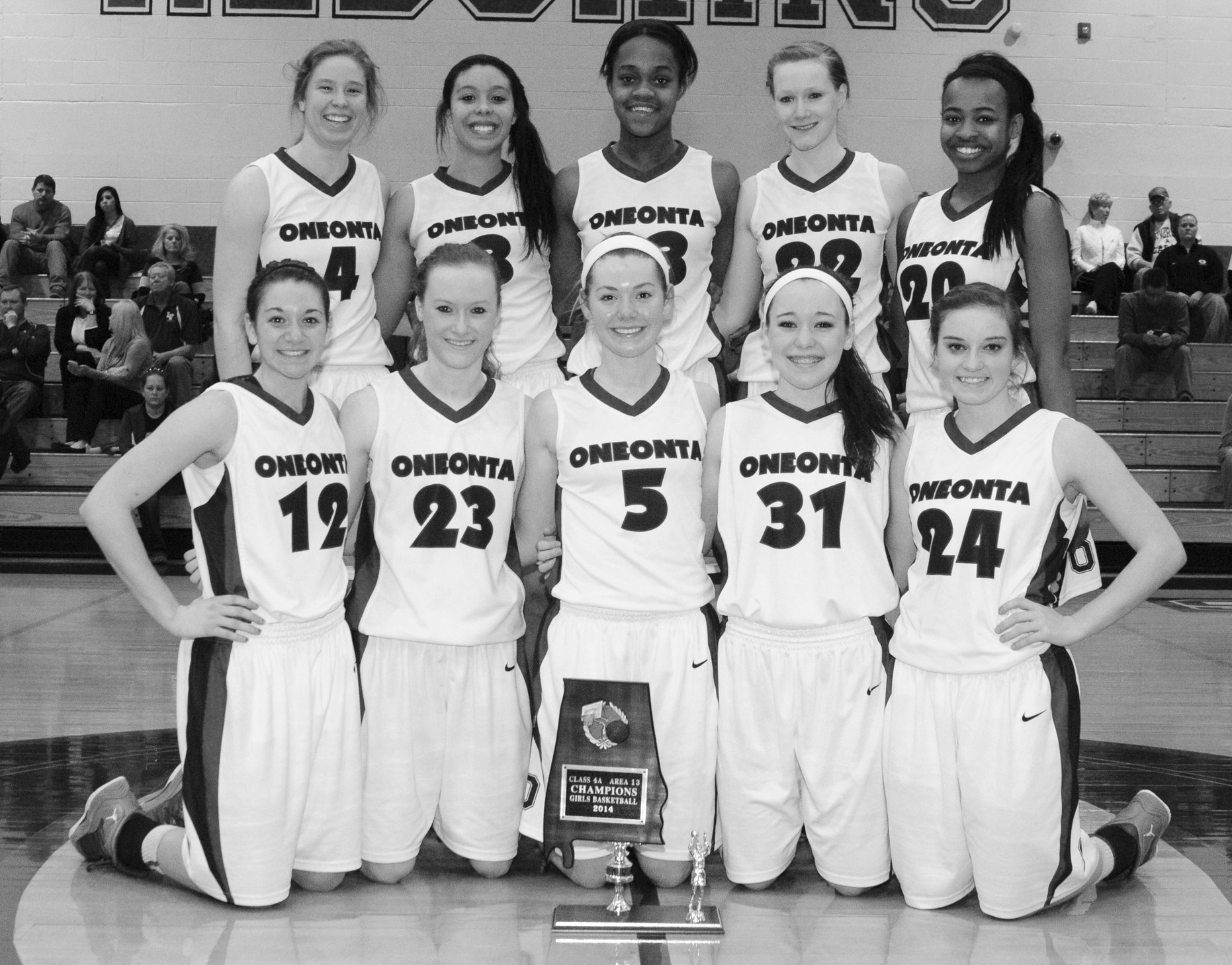 McMillian destroyed the host team with a 20-point, 15-rebound night as Locust Fork (19-9) built a 32-19 lead at the break and then never gave the home team a chance to get back in the game in the second half.

McMillian did most of her work on the inside while freshman Ashlyn Adkins (15 points) and senior Kristen Cox (nine points) handled the outside. Adkins also collected five steals and dished out four assists. Oneonta 81, Ardmore 38

The Lady Redskins came into the sub-regional as the No. 1 team in Class 4A. Ardmore brought a 12-17 record and a puncher’s chance into O.R. Ratliff Gymnasium. Unfortunately for the visitors, it was the Redskins that landed all the heavy shots.

Oneonta (29-6) got 17 points each from Destiney Elliott and Abby Blackwood while Maddie Boyd chipped in 15 and Anna Blackwood added 12. Elliott hauled down 13 rebounds and blocked five shots. 5A Pleasant Grove 76, Hayden 58

The Lady Wildcats took an early lead but the visiting Lady Spartans answered.

The visitors took over in the third quarter, outscoring the hosts 27-13 to take a commanding 58-39 lead to the final quarter.

The visiting Tigers put together a great effort but it wasn’t enough.

Geraldine led 16-6 after one quarter and 26-13 at the half. Pennington got as close as nine points early in the third quarter but Geraldine built the lead back to 15 (39-24) after three quarters and coasted to the victory.

Pennington (9-19) got 14 points from Brandon Butts and 11 from Hunter Etheredge.

The visiting Panthers got off to a good start, leading 15-10 after one quarter. However, Saks outscored the Panthers 16-10 in the second quarter to take a 30- 25 lead at the half.

The third quarter proved to be the difference. The Wildcats went on a pair of big runs en route to a 28-8 advantage in the quarter and a 58-33 lead through three quarters.

Once again, the visitors got off to a good start – Locust Fork led 17-9 after one quarter – but the home team quickly took over.

Johnson outscored the Hornets 54-12 over the second and third quarters and cruised to the easy win.

The Dragons had been ranked No. 1 throughout the season but dropped to No. 2 in the final poll. Maybe the Alabama Sports Writers Association (ASWA) should vote again.

Wenonah led 39-15 after one quarter and 80-28 at the half and seemed to have a point to prove against the Wildcats. When the dust cleared, Wenonah had broken the state record for points in a game – by the slimmest of margins, the old record was 153 – and rolled on to the Northwest Regional with the 98-point win.