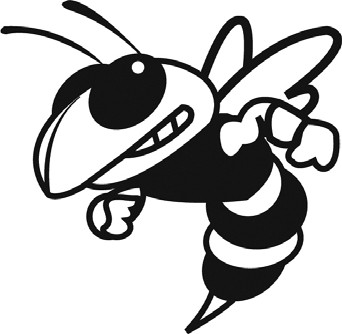 The Locust Fork Hornets jumped out to a 13-0 lead after one quarter and then held on for a 16-12 win at Fairview last Friday night.

Locust Fork got a 12-yard touchdown run from Kyle Hornbuckle to cap a drive that covered 44 yards in seven plays to take a 6-0 lead.

After the Hornet defense got a stop, Locust Fork needed eight plays to cover 53 yards with Shiloh Biles hammering in from a yard out. Hornbuckle added the extra point and the visiting Hornets led 13-0.

Fairview answered on the first play of the second quarter when Hayden Maples hit Ethan Widner with a 26-yard touchdown pass on fourth-and-15.

The Hornets responded with an eight-play, 62-yard drive that bogged down but Hornbuckle drilled a field goal from 22 yards and the Locust Fork lead was 16-6 at the half.

The only points of the second half came early in the fourth quarter when Sambo Woods scored on a 3- yard run to cap a six-play, 47-yard drive.

Fairview had two possessions in the final five minutes but the Hornets came up with stops on downs at the Locust Fork 31 and the Hornet 36.

The statistics were almost even. Fairview had 276 yards of offense while Locust Fork had 264.

Locust Fork rushed for 188 yards while Fairview managed just 54 yards on the ground.

Josh Tawbush had 81 yards on 10 carries while Shiloh Biles rushed for 74 yards and a touchdown on 12 attempts.

Todd Goodwin caught one pass for 74 yards while Brandon Rylant had two catches for 13 yards.

Shiloh Biles led the Locust Fork defense with 10 tackles, including 1.5 for loss, a sack, and an interception.

Rylant had eight tackles with 2.5 sacks. Isaiah Kirkley and Noah Hazelrig each had a fumble recovery.

Locust Fork improved to 2-2 overall, 1-2 in 4A Region 6. The Hornets will host J.B. Pennington this week.