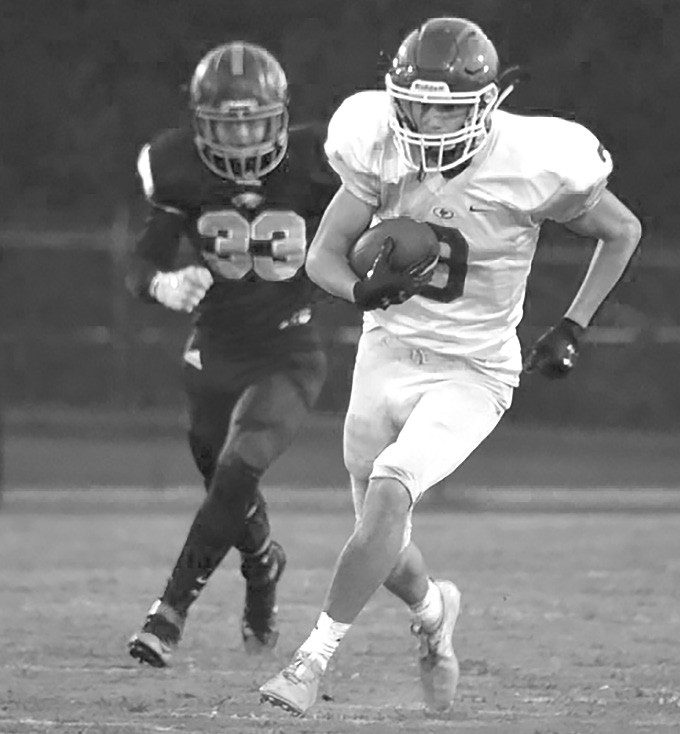 The Locust Fork Hornets took on the East Lawrence Eagles Friday, falling just shy of a win by a score of 28-34.

The Hornets scored first on a touchdown pass from Charlie Cater to Braden Ellison putting the Hornets up 7-0. East Lawrence fired right back, scoring a touchdown of their own and tying the game at 7-7. East Lawrence scored again not long after, taking the lead and bringing the score to 14-7.

Halfway through the second quarter, Cater rushed to score a Hornets touchdown and tie the game 14-14. Both teams scored once more before the half, entering halftime tied 21-21.

East Lawrence scored once in the third quarter while managing to keep the Hornets out of the end zone, taking the lead 28-21.

Offensively, Cater rushed 20 times for 166 yards and three touchdowns. Ben Oden had 16 carries for 102 yards. Tim Holt caught one pass for 28 yards, and Braden Ellison caught two passes for 68 yards and a touchdown.

Locust Fork is now 1-3 on the season, but hope to improve this week as they travel to J.B. Pennington Friday at 7 p.m.