to vote in alcohol referendum 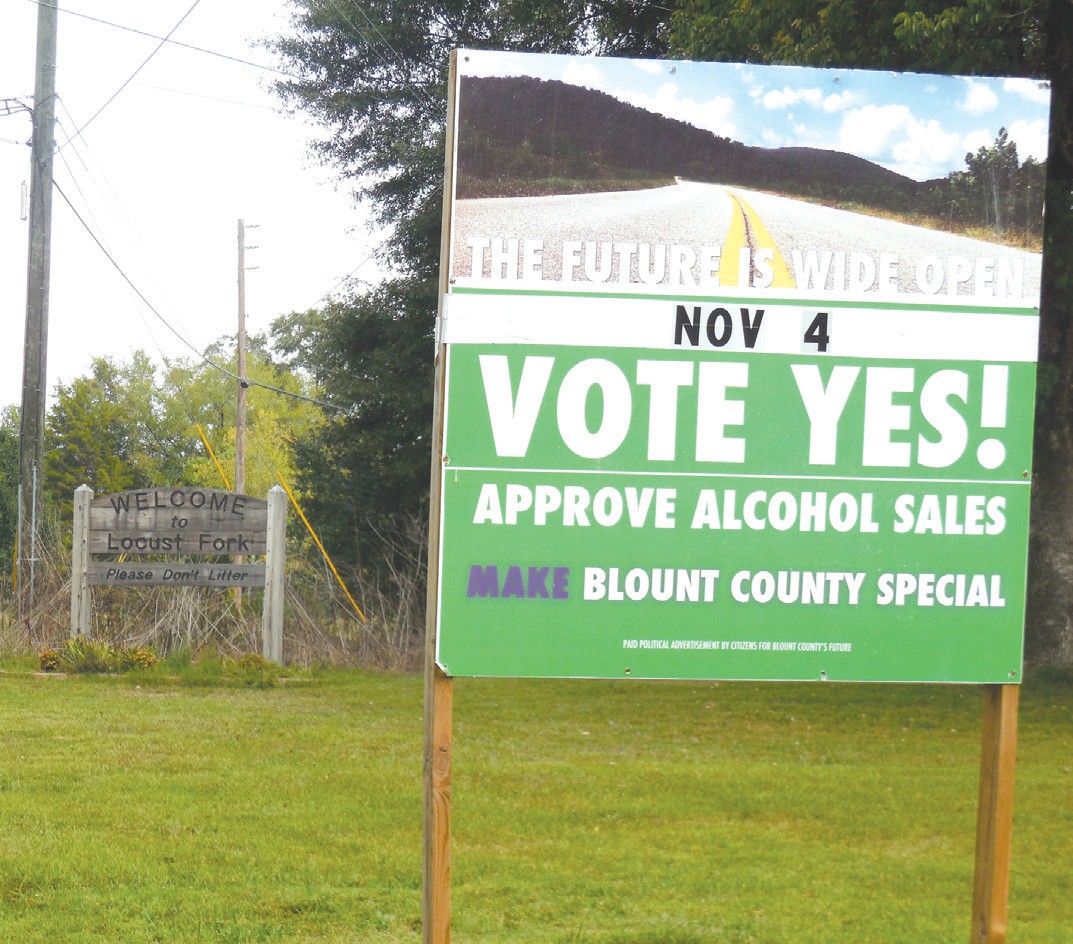 Cleveland will not be the only Blount County municipality voting on an alcohol referendum on Nov. 4. Earlier this month, the town of Locust Fork was presented a petition with 118 names asking to legalize alcohol sales.The town council unanimously approved, and Mayor Joe Hughes says the town is prepared for the change.

“Our alcohol ordinances are already in place and have been since the last county-wide alcohol referendum,” he said.

These ordinances are similar to Oneonta’s.

Voting on the referendum will take place in the Locust Fork Town Hall in a separate location from the state-wide election.

From the beginning of the alcohol debate, Hughes has let his opinion be known.

“ There’s no secret how I feel about this issue, but the hypocrisy of the whole deal is what really gets me,” he said.“I never have understood what anyone hoped to be achieving by keeping the right to vote away from the people. Residents of Locust Fork should have the right to vote on whether the sale of alcohol is legal or not. People are going to buy alcohol here or elsewhere, and it’s each individual’s right to choose to indulge or not indulge in that activity.”