Locust Fork and Hayden move on to Montgomery 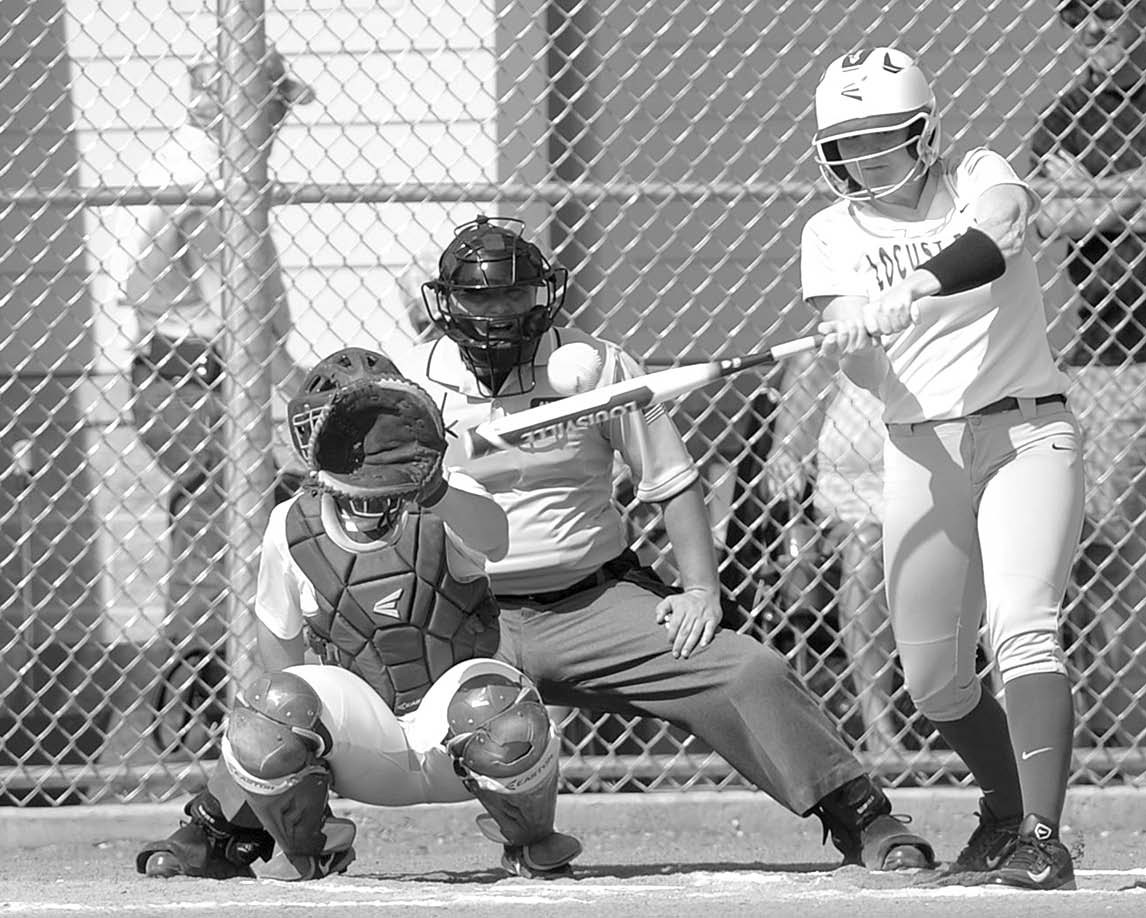 Six Blount County high school softball teams qualified for last week’s North Central Regional in Tuscaloosa and two were able to navigate their way through the field and make it to this week’s state tournament in Montgomery.

Kirk Ingram’s Lady Hornets won all three games in Tuscaloosa. Locust Fork knocked off Carbon Hill (9-0) and Piedmont (9-5) the first day to set up a showdown with county rival J.B. Pennington in the winner’s bracket final.

The Lady Hornets got by the Lady Tigers 6-3 to book the school’s first trip to the state tournament in 20 years.

J.B. Pennington had rolled over Oakman (11-5) and Pleasant Valley (3-0) to get to the winner’s bracket final and was still in good shape to make it to the state tournament.

All the Lady Tigers had to do was take care of Pleasant Valley again but that proved to be easier said than done as the Lady Raiders knocked off Pennington 3- 2 in the final elimination game. Hayden

John Simmons’s Lady Wildcats had rolled over 5A competition this season but that changed in the first game in Tuscaloosa.

Springville, an old nemesis, teed off on Hayden pitching and rolled to a 17-9 victory to send Hayden to the loser’s bracket.

Faced with four straight elimination games – the same route the 2013 state title team took – the Lady Wildcats responded with wins over Pleasant Grove (13-1), Lincoln (9-3), Cleburne County (8-6) and then rival Mortimer Jordan (8-6) to earn the trip to Montgomery. Played well, but…

The other Blount County schools in Tuscaloosa played well but didn’t get a key hit or make a big pitch when needed.

1A Appalachian and 2A Cleveland came up just one win short of the state tournament.

Appalachian picked up wins over Marion County (5-4) and South Lamar (14-4) to reach the winner’s bracket final against Spring Garden, where they lost 10-1.

The Lady Eagles then got a rematch with Marion County in the final elimination game but couldn’t hang on as the Lady Raiders won 8-4.

The Lady Panthers got by Sand Rock (3-2) and Fayetteville (8-6) before losing 8-0 to Collinsville.

4A Oneonta had the misfortune of tangling with eventual regional champion Cordova in the first game. The Lady Redskins lost 6-1 – the only run that Cordova would give up in the tournament – and fell into the loser’s bracket.

Oneonta came back to beat Winfield (12-8) and area rival Leeds (11-6) before falling to White Plains (9-6) in the loser’s bracket semifinal. White Plains went on to beat Hamilton 5-2 in the final elimination game to advance to Montgomery. State tournament this week

Lagoon Park in Montgomery is the place for softball in the state of Alabama and Blount County’s two teams will have their hands full this week.

Locust Fork (34-6, No. 5) won the North Central Regional last week but the Lady Hornets didn’t get a break in the bracket with No. 3 American Christian (34-8) in the first game this morning (Wednesday) at 10:30.

American Christian waxed Indian Springs (17-0) and Montevallo (13-0) in the first two rounds of the South Central Regional at Troy before falling to unranked Gordo (1-0) in the winner’s bracket final.

The Lady Patriots came back to knock off Prattville Christian 2-0 in the final elimination game to qualify for Montgomery.

Elimination and winner’s bracket games will continue in the 3A bracket today. The winner’s bracket final will be tomorrow (Thursday) morning at 9 o’clock and the finals are set for 4 p.m. tomorrow.

In 5A, the Hayden Lady Wildcats (40- 10) face a field of traditional powers (Springville, Scottsboro, Moody and Rehobeth) and a couple of new faces (Ardmore, Faith Academy and Marbury).

Elimination and winner’s bracket games will continue throughout the day Friday and the winner’s bracket final is set for Saturday morning at 9 o’clock. The championship game is scheduled for 3 p.m. Saturday.