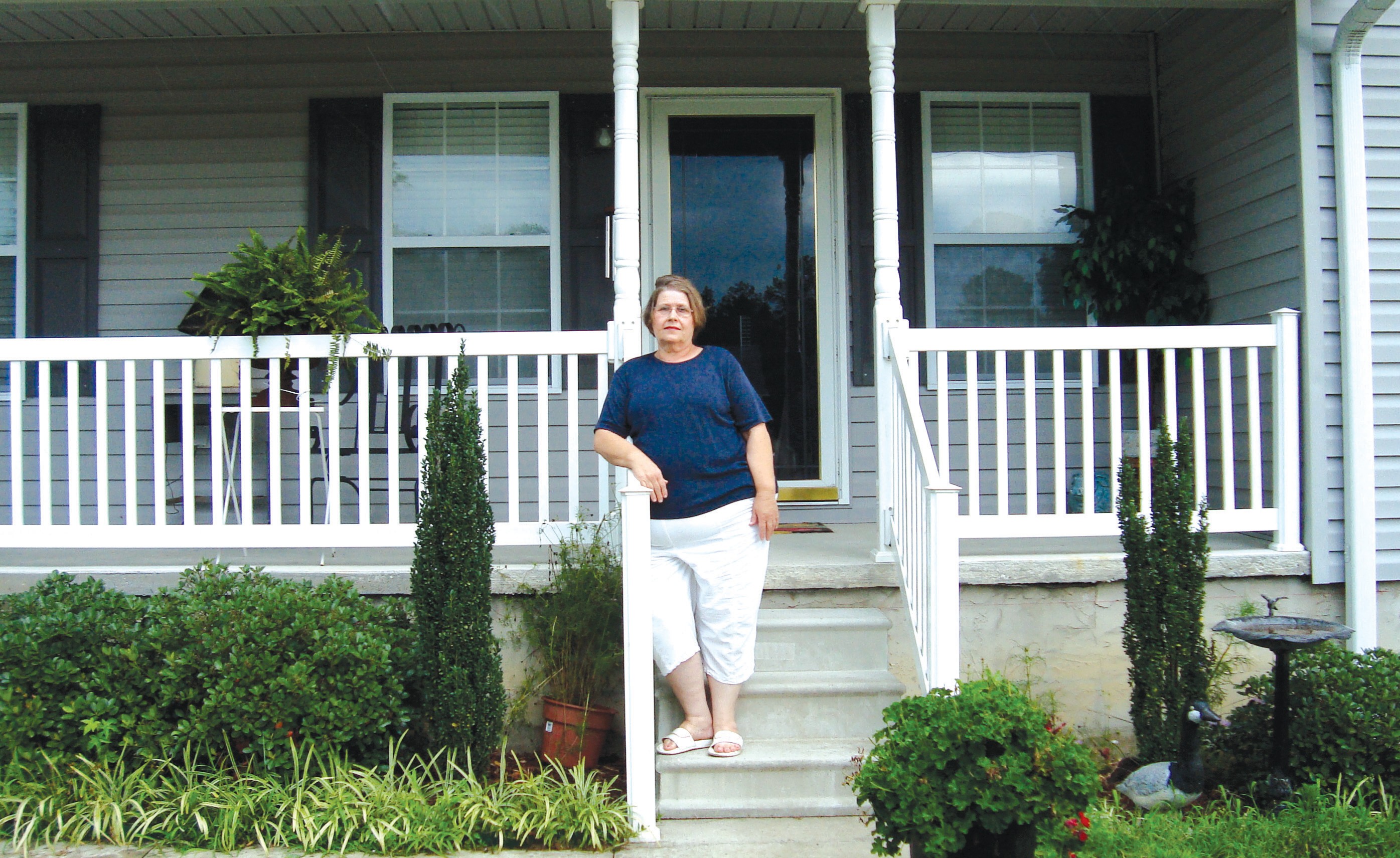 (Above) June Peppers, of Snead, and the house she was once proud of.

Imagine living everyday knowing that your home is slowly dying around you.

When June Peppers, 63, of Snead, moved into her house at Lee Ridge subdivision in October 2010, she was happy to have found the perfect home to spend her retirement. She had no idea that the interior of her house was decaying at a gradual pace due to Chinese drywall, defective interior sheetrock manufactured in China.

The first sign of trouble came in May when Peppers’s air-conditioning unit quit working. The unit had been damaged, and the coils had turned from copper to black. It was the repairman who informed her that her house contained Chinese drywall. 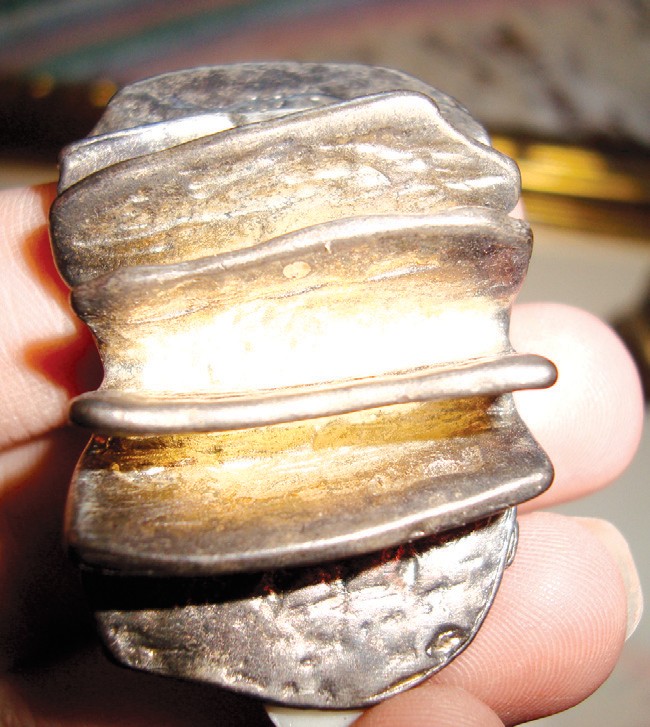 (Left) A tarnished piece of jewelry from Peppers’s collection.

Following this shocking discovery, Peppers found Vestavia Hills lawyer Eric Hoaglund of McCallum, Hoaglund, Cook & Irby, who had experience with Chinese-drywall cases. His firm has handled more than 100 such cases in the Birmingham metro area.

“Chinese drywall came into the country as early as 2003, but most cases have been a result of construction in 2006,” said Hoaglund.

A shortage of drywall in the United States caused by hurricane Katrina led construction companies to look to China to fill their demands.

“There are lots of speculation as to what is wrong with the drywall,” said Hoaglund.

One major component of drywall is a substance known as gypsum. It has been speculated that the gypsum mined out of the ground in parts of China may have been contaminated.

Chinese drywall emits sulfur gases, which destroy wiring and cooling components, attack most metals, and give off an odor similar to that of rotten eggs.

“The electrical wires in all of the walls in my house are black and corroded, and I stay scared to death at anytime that something is going to quit,” said Peppers.

Peppers has stated that, along with her air-conditioning unit, her waffle iron and smoke detectors have stopped working and her lamps hesitate to turn on. Her jewelry, picture frames, and edges of her mirrors have started to change colors.

Some health concerns have been linked to Chinese drywall, but so far, Peppers has experienced only headaches and fluctuating blood pressure, and it has not been proven that the drywall is the sole cause. The drywall has caused Peppers emotional stress. She has had trouble sleeping because of the environment in which she lives and because of her worries that she may lose everything at any given moment.

“I’ve only been here nine months and all of a sudden I realized that the home I was going to be in the rest of my life is dying and my whole life is turned upside down; it’s devastating,” said Peppers.

Because homeowner’s insurance does not cover Chinese drywall, Peppers has teamed up with Hoaglund to find a resolution. In cases such as this, Hoaglund has sued the manufacturers and distributors of the Chinese drywall and the builders of the home. No lawsuit has been filed on Peppers’s behalf yet, but that is the next course of action.

Along with the lawsuit, Peppers plans trying to salvage as many of her possessions as possible. She is storing her fine jewelry away from her house and has asked her children to get anything from the house that they may want before the drywall destroys everything.

Asked what advice she would give readers concerning Chinese drywall, Peppers said, “I want anyone who is looking to buy property to please check for this because it’s not that hard to do in your inspections.”