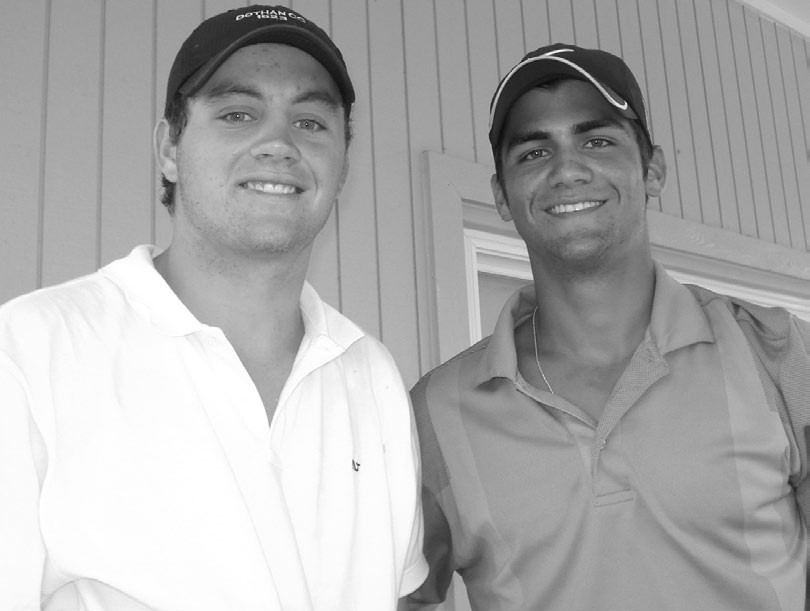 Recent Oneonta High School graduates Casey O’Toole (left) and Paul Harris participated in the 60th annual Press Thornton Future Masters Tournament in Dothan last month. O’Toole, who has signed to play golf at Samford University next year, shot 71- 75-69 for a total of 215 – good enough for a ninth-place finish and seven shots off the lead. Harris, who has signed to play golf for Central Alabama Community College, shot 73-73-71 for a total of 217 to finish 15th. The pair helped lead the Redskin golf team to a fourth-place finish in the state tournament in 2008 and a fifth-place finish in 2009. Stewart Jolly of Birmingham won a three-hole playoff against Brett Patterson of Tennessee to claim the title. – Rob Rice