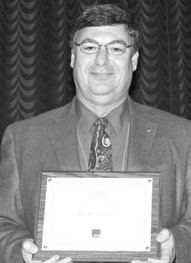 Two Blount County farmers were recognized Feb. 3 at a meeting of the Alabama Farmers Federation in Birmingham.


Dennis Maze of Horton was honored during the commodity organization meeting for his work on the federation’s state poultry committee. Jimmy Miller of Horton was elected

a new member for the state cotton committee.

Maze has been active with the federation for 31 years. He and his son Jeff produce broilers for Tyson Foods and have a commercial cattle herd near Snead. Maze is former president of the Blount County Farmers Federation, served as chairman of the state poultry committee for the past nine years, and served three years on the federation’s state board of directors. With Maze when the presentation was made were Jerry A. Newby, federation president, and Guy Hall, federal poultry division director. 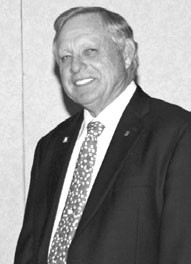