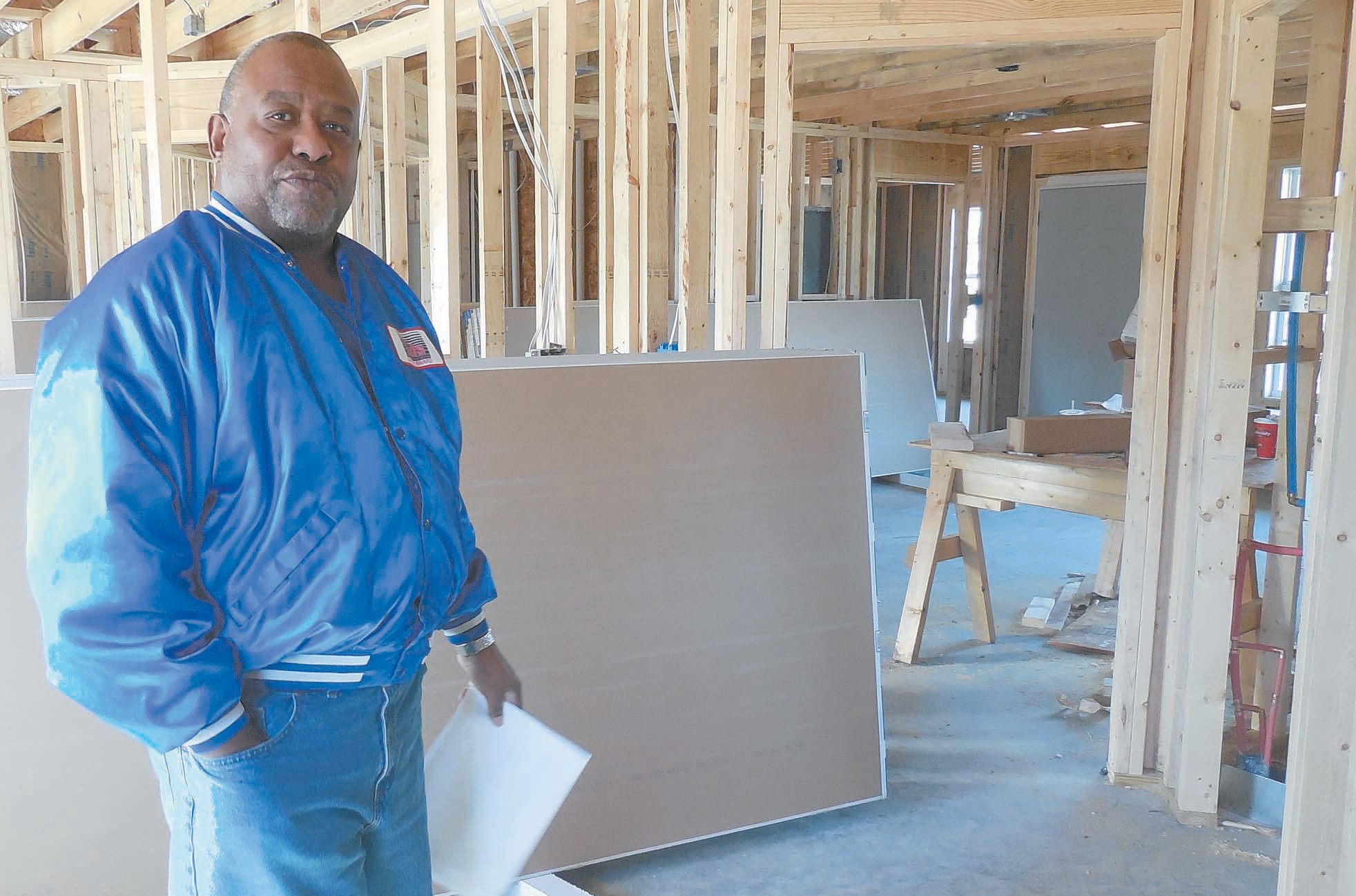 Oneonta developer John Payne does one of his daily inspections of a model home in his newest subdivision at Hudson Place.

February marks the traditional celebration of Black or African-American History Month in the United States and Canada. During that month, begun first as a week-long commemoration tied to the birthdays of Abraham Lincoln and Frederick Douglass, African-Americans and others hold special events in their churches, schools, and communities to recognize contributions made by African- Americans toward society’s improvement.

The events highlight achievements in all segments of national and world history. Economic advancement holds preeminence in the capitalist economies of the United States and Canada. Long-lived (1892-1996, multi-millionaire A. G. (Arthur George) Gaston, emerged as one of the most prominent Alabama black entrepreneurs of the 20th Century.

Some black leaders considered Gaston an “Uncle Tom” because of his restrained approach toward civil rights in 1950s and 60s Birmingham. Some traditionalists found comfort in a concept attributed to Gaston in a rephrased quote emphasizing “green power rather than black power.”

Upon re-examination in the 21st Century, Gaston’s contributions have won recognition as important aides to the Birmingham civil rights movement. His entrepreneurial success has modeled a path for others.

Oneonta native and resident John Payne has applied his own abilities in pursuit of entrepreneurial success. While Payne might reject the comparison with Gaston, since he has not begun numerous businesses nor obtained nearly the resources Gaston enjoyed at his age, the two share parallels.

Both began businesses while working regular jobs. Gaston, working in Fairfield’s Tennessee Coal, Iron and Railroad Company mines, realized the potential lunch market among fellow miners. Payne realized he wanted more as he worked and continues to so do as a truck driver. Reviewing a Carlton Sheets tape about real estate and housing, Payne studied Sheets’s ideas and began the process of buying and building houses.

Over time he bought a foreclosure, contracted with a builder, dabbled in rental property and, eventually, studied to obtain his own homebuilders license. After passing that test in the late 1990s, he began developing property and building subdivisions.

He sees his role as providing affordable entry-level homes for young families. While Payne notes he would not do his work for free, he professes that he finds greater fulfillment in viewing the joy and excitement of his buyers than merely in the cash benefits.

Gaston reportedly claimed, “I never went into anything with the idea of making money. . . I thought of doing something, and it would come up and make money.” Payne did and does want to make money, but he says his priorities have changed from the earlier days. He credits his experiences on an Emmaus Walk with providing him a different perspective. (Emmaus Walk is a three-day Protestant Christian discipleship-deepening experience.)

After having developed Horizons subdivision in Cleveland and Cumberland Place in Oneonta, the former Army National Guard member and prison guard has begun his largest project, yet, with Hudson Place. Payne received initial approval for a 22-lot development off Oneonta’s Hudson Avenue. Since that approval, he has purchased additional adjacent property and has applied for an expansion of the project to 29 lots on the nine acres.

He notes the 29 lots actually should reach 32 with the three lots facing Hudson Avenue, which will not officially count as part of the subdivision. Payne notes a dearth of readily available land inside the city to permit similar developments.

His houses provide three bedroom, two bath, and carport dwellings topping out under $150,000. He explains that he has priced the two, 1,244 square-foot homes he has presently under construction below $130,000.

Oneonta building requirements and property expenses push prices in the city above what a similar home built in the county would usually list. Payne has attempted to keep his prices as affordable as he perceives possible. He has explored creative ways to reduce the impact of generally rising building costs.

Asked of the economic impact of his endeavors, Payne notes that with each house he normally employs two people for plumbing and excavation, five or six for the framing, four for roofing, two for the electrical, three for the heating and air conditioning work, four for sheet-rocking, and two for vinyl and trim. He estimates he purchases over 90 percent of his materials locally.

His wife, Lynne, advises Payne on interior choices. He claims he prefers not to list houses before they are 80 percent or better complete. In some instances, buyers who come in early have the option of choosing colors, flooring, and a few other finishing touches.

He and Lynne have four children, two sons and two daughters. Daughter LaShonda Martin lives in Margaret, while twin sons Tevin and Tarrant, and younger daughter Candice live in Oneonta. Candice remains in the house with the couple as she completes her college studies.

Of his work, Payne asserts he enjoys both jobs. The short-haul trucking seldom takes him out of town overnight. He says he is at his housing sites at least five days a week. He hopes to continue the dual endeavors and let the growing subdivision and existing rental properties cover his eventual planned retirement.