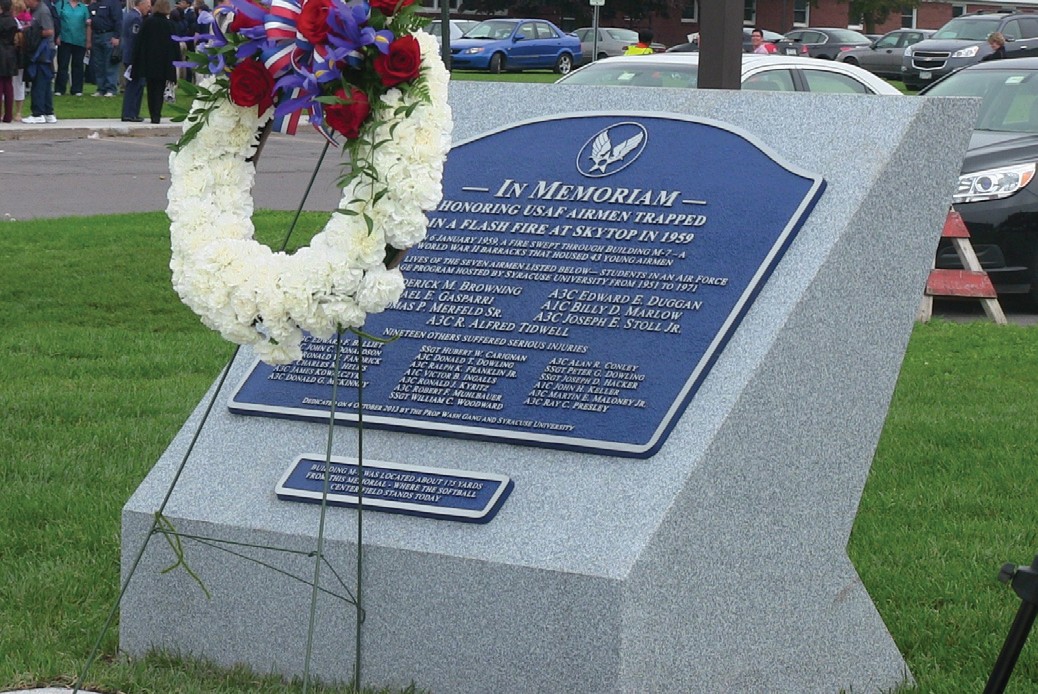 Oneonta native Alfred Tidwell is one of the seven airmen recognized on the memorial at Syracuse University.

Last week, a memorial was unveiled at Syracuse University in honor of seven men killed in a barracks fire in 1959. Among those recognized is Oneonta native Remus Alfred Tidwell.

Tidwell, the salutatorian of the 1958 Oneonta High School class, joined the Air Force in the fall of 1958 at the age of 18, according to his cousin, C.L. Tidwell, of Oneonta.

“He grew up in a poor family and couldn’t go to college because they didn’t give out scholarships like they do nowadays,” C.L. said. “His best bet was to go into the Air Force.” 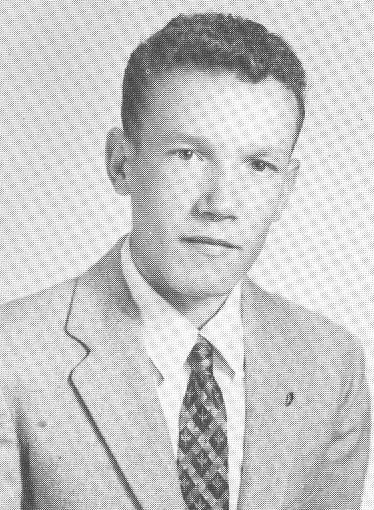 After basic training, Alfred came home to Oneonta on New Year’s and during his visit C.L. greeted him at a party.

“He was very proud to wear the Air Force blue,” C.L. says.

On Jan. 2, Alfred left Oneonta to attend Syracuse in New York to take foreign language classes. According to C.L., Alfred was going to be taught a Slavic language so he could translate radio conversations from the Russians or Eastern Europeans.

Alfred never made it to his first class. During the early morning hours of Jan. 6, less than 24 hours after he had arrived on campus, a fire broke out in his barracks.

Alfred and six other airmen died in the blaze.

“I’ve spoken with survivors of the fire and have heard someone got out of the fire but died on the steps, and I’ve always believed that person was Alfred,” C.L. says.

The barracks, built during World War II, were wooden, according to C.L., and the fire began in the middle of the barracks near an oil furnace.

Nineteen others were injured in the fire, and C.L. states witnesses described the scene as appearing like a “river of fire.”

To honor those seven airmen, Syracuse

University and the Prop Wash Gang, a group of Air Force Security Service airborne reconnaissance veterans, collaborated to recognize those killed and injured in the fire by placing a memorial on Lambreth Lane on the south campus, according to The Syracuse University News.

The report quoted Syracuse University Vice President for Public Affairs Kevin Quinn as saying, “Although this tragic event occurred more than 50 years ago, when we learned that there had not yet been a memorial on campus to recognize those who were lost and injured, Chancellor (Nancy) Cantor absolutely wanted to work with the Prop Wash Gang to make it a reality.”

Alfred is buried in Oak Hill Cemetery in Oneonta. He would have been 73 this year.