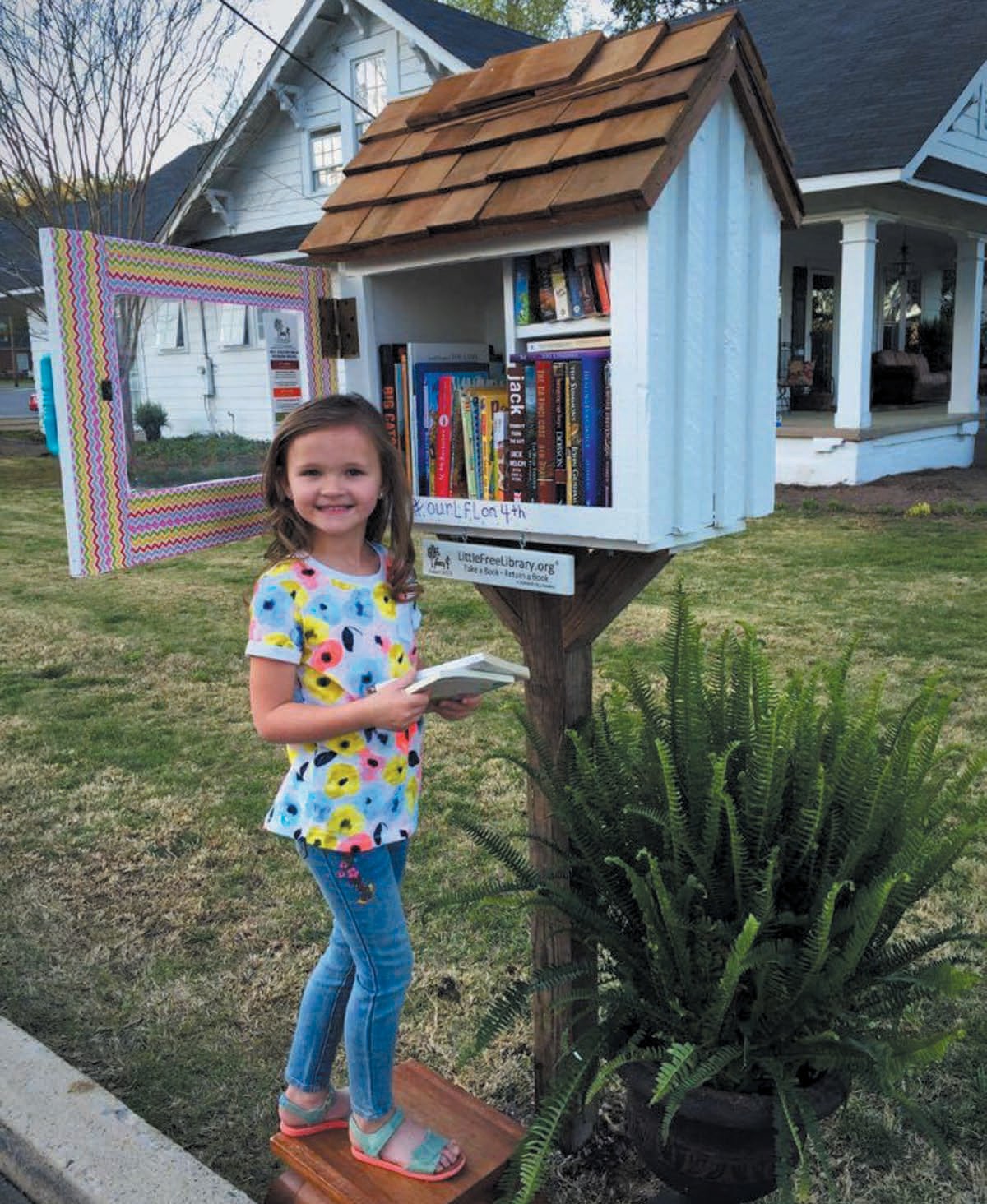 Jenna Shea, a kindergartner from OES, was the first vistitor to the Little Free Library.

The Little Free Library (LFL) trend that has been sweeping the nation has made its way to Oneonta thanks to LFL stewards, Carrie and Kevin Towns. Stationed at 400 4th Avenue behind First Baptist Church of Oneonta, the community library is open to all ages. Take a book, leave a book, or both.

March 30, the first day of Oneonta’s new Little Free Library, was a success.“Everything we dreamed came true the first day. We want to promote literacy and a love of reading, as well as bringing people together through books,” Kevin said.“We met more neighbors in the first 24 hours than we have in the six months of living here. The response has been overwhelming, we couldn’t be more thrilled with the positive impact it’s made.”

The couple first got the idea for Little Free Library while in NYC last spring. After seeing multiple libraries around the city’s sidewalks, they decided they wanted this for their home community.

According to LittleFreeLibrary.org, the Little Free Library movement began as a DIY project in 2009 with Todd Bol of Hudson, Wis. He built a small model of a one-room schoolhouse as a tribute to his mother – a teacher who loved to read. He filled the schoolhouse with books and placed it on a post in his front yard. After affirmative reactions from neighbors and friends, Bol built several more from recycled materials – each original with a sign reading ‘FREE BOOKS’ – and gave them away.

Rick Brooks of UW-Madison spoke with Bol about this project, and together they knew they could achieve a range of goals for the benefit of the population. Their ultimate mission, as stated on their website, is “to promote literacy and the love of reading by building free book exchanges worldwide and to build a sense of community as we share skills, creativity, and wisdom across generations.”

The duo’s original goal was to build 2510 LFLs by 2014. Through word-of-mouth marketing, their website, and the support of volunteers and stewards, they reached this goal in August 2012. By January 2016, the total number of registered Little Free Libraries reached over 36,000.

Carrie and Kevin are thrilled to be a part of this movement. Carrie told The Blount Countian,“Our hope is to bring a little joy to someone’s day through this. We hope the idea spreads and many more will build one. It’s a great gift to yourself and others.”