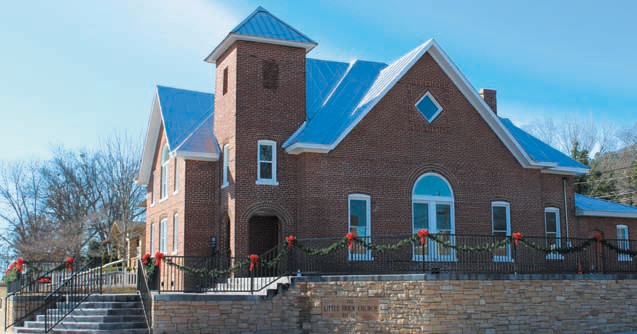 Blount County Christmas Parade-goers had a nice place to remain warm during the festivities on Tuesday. The Little Brick Church was opened for the public to come walk through and see the construction progress while also enjoying cookies, hot chocolate, and coffee provided by the city of Oneonta.

During last year’s Christmas Parade, the project had just begun, and now it is almost finished. All major renovations are complete including heating and air, flooring, electricity, and more. Now all that remains is painting and trimming which should be done within a month to 45 days, according to Oneonta city manager Ed Lowe.

No official open date has been announced, but Lowe confirms the church will be used as a community development center where meetings can be conducted.

A parking lot will be constructed behind the church which will include 25 to 30 parking spots, Lowe said. That will not be completed within the month to 45-day time period.