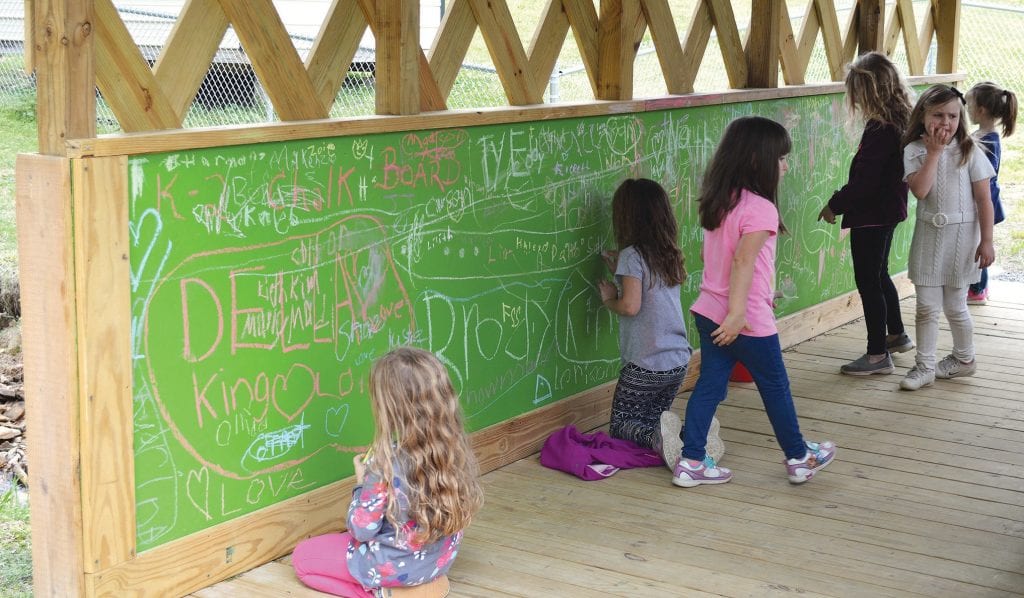 Many Blount County officials and a lot of other folks flocked to Hayden Thursday to witness the dedication of the Hayden Lions Club’s Centennial covered bridge and the burial of time capsules. The event, which took place at the Vera Vaughn Park adjacent to Hayden Primary School, marks the 100th birthday of Lions Club International.

One of the highlights of the day was all 600 plus students of the school took turns throughout the day to, not only come view the bridge, but interact with it. Hayden Lions Club President Tim Sosebee said chalkboards (pictured above) were installed inside the bridge to allow students to write messages, draw pictures or “make their mark.” He said, it’s a way for them to “claim ownership of the bridge” and will encourage them to “take care of it in the future. They are building memories of their community.”

Three time capsules were buried at the ceremony (inset). The Hayden Lions Club capsule, painted gold to match the club’s primary color, is to be opened in 100 years. Two other capsules from the Hayden community and the Blount County Memorial Museum are to be opened in 50 years. All were buried in tubes then covered with what is estimated to be a 7-ton limestone rock.