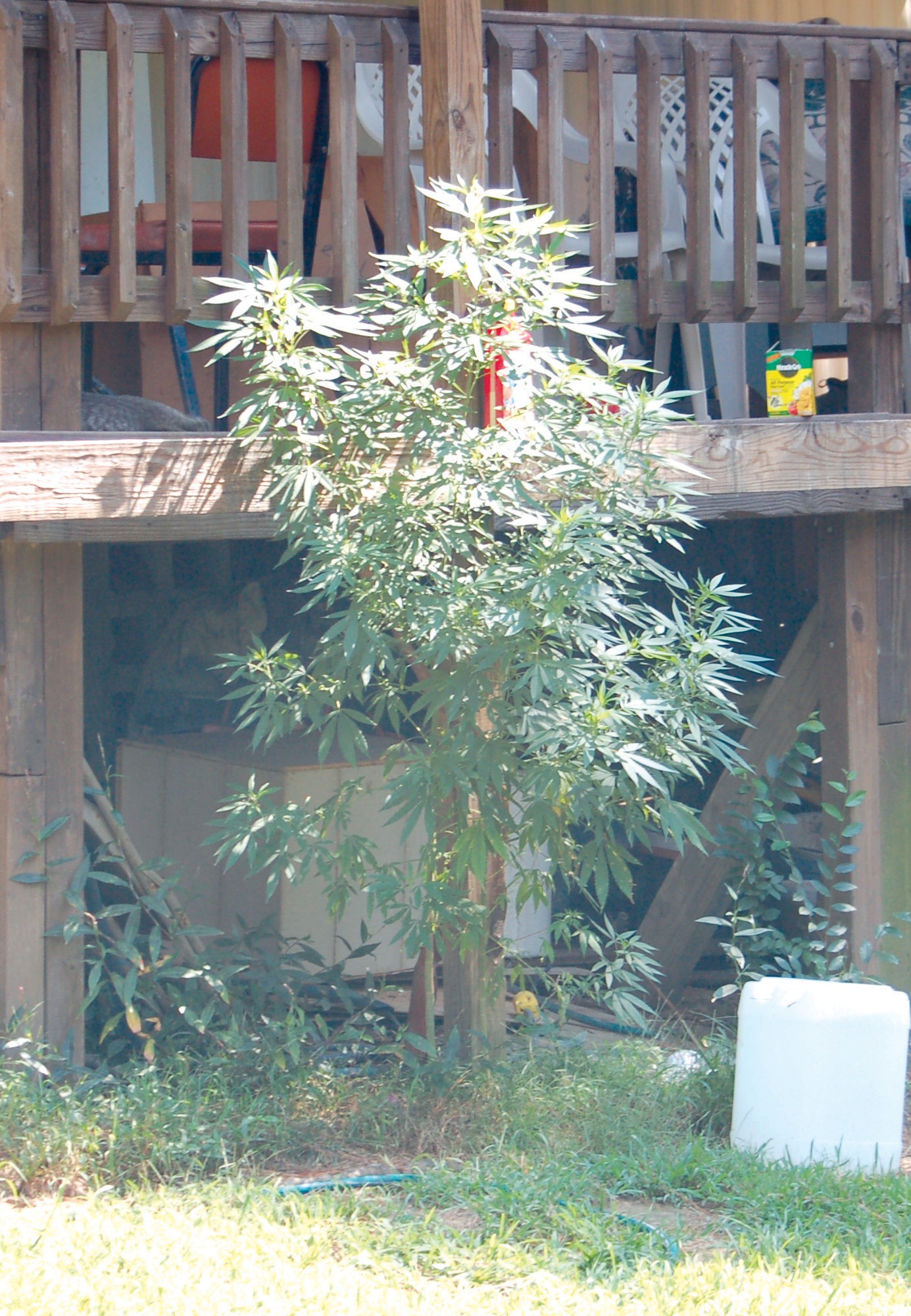 It was a handsome plant, maybe assigned a new horticultural application – as a foundation plant to hide the junk under the porch.


In reality it was marijuana – Cannabis sativa – one of about 45 such illegal plants discovered Sept. 2 at a house in northwest Blount County, near the Cullman County line. The rest of the plants were found during a helicopter flyover of the area, scattered at random through a small weed field near the house.

The homeowner, when confronted by deputies, confessed he owned the plants and was subsequently arrested and charged with unlawful manufacturing of a controlled substance.

Each plant will produce about 1.5 pounds of dried marijuana worth about $2000 on the drug market. The processed product has a tobacco-like consistency.

Deputies also discovered a meth lab in the Hayden area and confiscated about one-fourth ounce of meth, along with other paraphernalia.

“We’re pushing these operations out of towns and houses, but we’re finding them more often in rural areas, now – out in the woods,” said Blount County narcotics officer Larry Dabbs. He said the key to controlling the drug problem is education and rehabilitation.

“People think they can go through a two- or threeweek program and be able to stay off meth. I’ve never seen anybody able to do it in the short term. It takes 12 to 18 months.

“It’s like having a monkey on your back. That’s the word we’ve got to get out to the schools.”