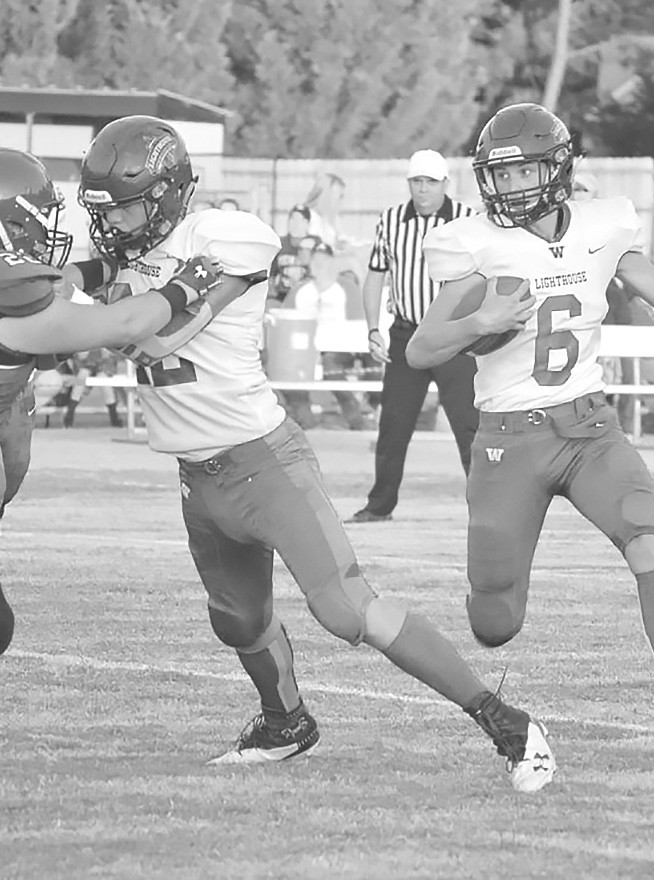 The Lighthouse Warriors took on the New Life Eagles Friday, Aug. 16, winning by a score of 40-24. The Warriors were only able to put up 194 yards of total offense, but they made up for it with amazing defensive play.

Offensively, the Warriors had a hard time finding their rhythm against the New Life defense. Warriors’ quarterback, Preston Graham, threw 5-for-18 for 78 yards and two touchdowns. Isaac Aycock and Jackson Smith also rushed for a touchdown each and 96 yards between the two.

Defensively, the Warriors did a great job of keeping the Eagles out of the end zone. Johnny Hirsh and Wyatt Tucker led the Warriors’ defense. Hirsh recorded 15 tackles, caused a fumble, recovered a fumble, and had an interception. Tucker recorded 11 tackles and a safety on the defensive line. Brody Pounders, Liam McDonald, Jackson Smith, and Kendall Hirsh all recorded sacks. Pounders and Smith caused two fumbles. Pounders and Brandon Daffron also had fumble recoveries. Preston Graham recorded one interception for the Warriors. 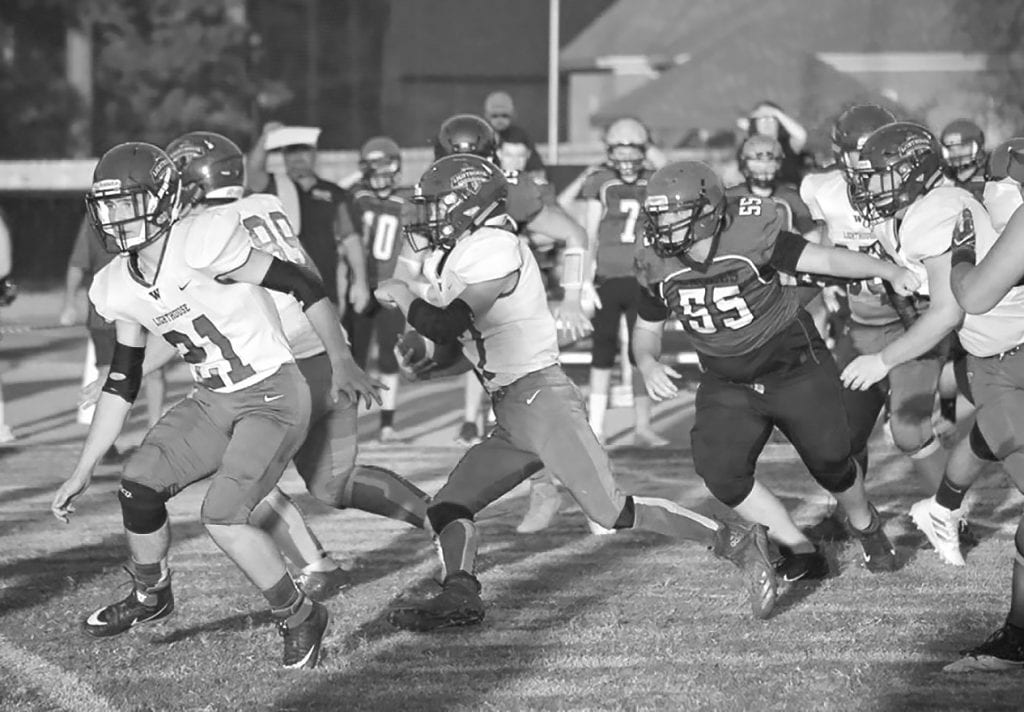 Isaac Aycock ran back the opening kickoff for a touchdown on special teams.

The Warriors look strong after two games, and they expect another great game as they come back home Friday, Aug. 23, to face the Freedom Cowboys.