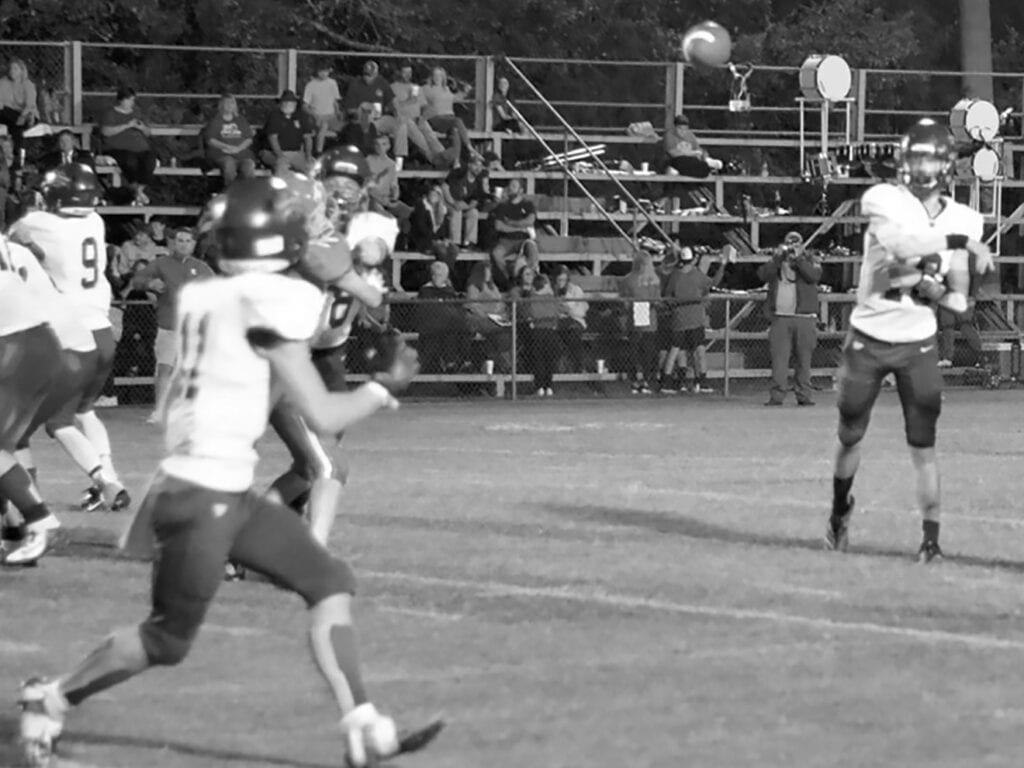 The Lighthouse Warriors slayed the Tuscaloosa Christian Warriors 51-20 last Thursday night. Lighthouse starting quarterback Preston Graham said, “We started out a little sloppy in the first quarter. We came out strong in the second quarter, though, and never looked back.”

Even though Lighthouse had several huge plays taken back due to penalties, they still had no trouble scoring on almost every drive of the first half. Preston Graham ran 63 yards for a touchdown in the first quarter, and completed a 65-yard touchdown pass to Jonathan Beason in the second quarter.

Wide receivers Beason and Caleb Mitchell proved to be a handful for Tuscaloosa Christian as they caught nearly everything thrown at them by Graham. Running back Jackson Smith plowed through Tuscaloosa Christian lines repeatedly on offense, and made several spectacular stops as linebacker on defense. Thanks to a brutal stop by Lighthouse’s defensive line, Smith was able to recover a fumble in the third quarter. Smith also kicked a 59-yard kickoff, which stopped dead at the 1-yard line, then made the tackle on the return.

Lighthouse was ready to give second team players some time on the field by the fourth quarter. Linebacker Cullen White knocked down one long pass by Tuscaloosa Christian, then intercepted the next. Quarterback Eliott Knowles completed a 4-yard pass to Kellen Smith for Lighthouse’s final touchdown of the night.

Graham played an incredible game gaining 214 passing yards with a 79 percent completion rate and 70 rushing yards in three quarters. He and the other Lighthouse Warriors are already looking forward to their next game. “We have a few small things we need to work on, but we are going to polish them up and learn from our mistakes. Overall, it was a great, hard-fought game, and we need to keep playing physical if we want to continue getting wins,” says Graham.

The Lighthouse Warriors will have an opportunity to add to their wins this Friday night when they play the East Central Patriots in Clay.